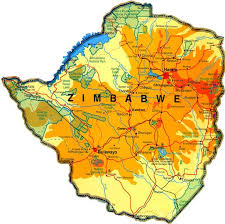 Rio Tinto, the global mining giant, has left Zimbabwe after 60 years of business in the country. The decision came after they sold their 78% stake in Murowa Diamonds and 50% interest in Sengwa Coal to RioZim.

“Rio Tinto believes that the future of these assets can be best managed by entities with existing interests in Zimbabwe,” Rio Tinto said in a statement regarding the sale to RioZim.

The exit seems likely to be due to the controversial announcement that the Zimbabwean government plans to merge all diamond companies into one state-owned entity in which the government will have a 50% interest whilst other operating companies will share the other half.

Zimbabwe’s Mines and Mining Development Minister Walter Chidhakwa is quotes by The Herald as reasoning that “we need to create a dominant player in the diamond sector and, more importantly, the value chain. You can never go onto the international market without a big player on your side. There are five in the world currently; we need to create our own.”

Liberia’s clean-energy plans are getting a boost from the African Development Fund, which has approved…