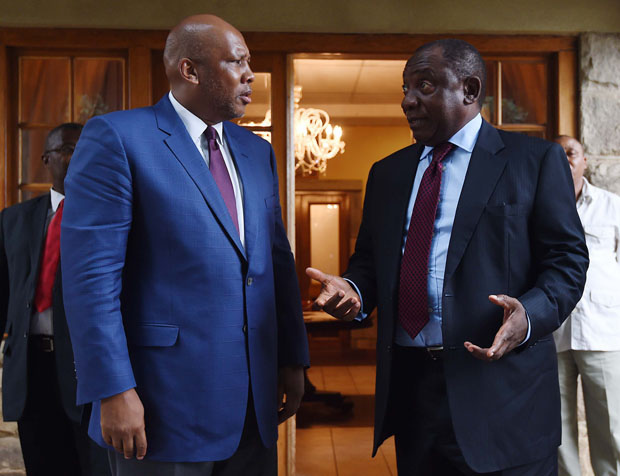 Tuesday June 30, 2015, South African Deputy President Cyril Ramaphosa was sent to Lesotho by President Jacob Zuma due to increased fears about the political instability in the country.

June 25 the former Commander of Lesotho’s Defense Force (LDF) Lieutenant General Maaparankoe Mahao was allegedly shot dead at his home on the outskirts of Maseru after an exchange of gun shots between him and a group of soldiers who had been sent to arrest him. The African Union condemned these acts stating in a press release that they “threaten to undermine the efforts towards the peaceful transition following the recently concluded elections in the country”.

The South African Development Community (SADC) was sent on June 26 to June 29 to Lesotho by Zuma to investigate the current political and security issues in the country . A statement released by SADC on June 29 said that “after receiving the report of the fact finding mission, President Zuma has become more concerned about the apparent explosive security situation in Lesotho”. These concerns along with the fact that three opposition leaders fled Lesotho after the killing of Mahao led Zuma to send Ramaphosa urgently to confer with Lesotho’s Prime Minister Pakalitha Mosisili.