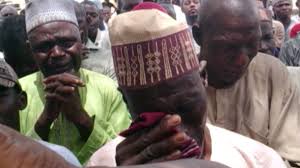 The United States reaffirmed its commitment to Nigeria to assist in the fight against the extremist group, Boko Haram, and its promise to help rescue the Chibok girls. On Wednesday July 1, 2015, the U.S. Assistant Secretary of State for African Affairs, Linda Thomas-Greenfield, and the Commander of United States Africa Command (USAAFRICOM), General David Rodriguez, discussed these issues at the State Department’s virtual interactive press conference. Those viewing the conference included parties in U.S. embassies in Angola, Nigeria, Senegal, Togo and Zambia.

A meeting between President Barack Obama, and Nigeria’s President Muhammad Buhari is set to be held later this month said Linda Thomas-Greenfield. She stated that the aims of the discussions will be on what the U.S. “can do to continue to assist Nigeria and their effort to win the fight against Boko Haram”.

She added that “part of that discussion will be on how we can provide the equipment and support that Nigerians require.

“Part of what we will do is to engage with the new government; we will have discussions on what we can do to continue to assist Nigeria in the fight against Boko Haram.

“Human rights are an important value for the United States and in any place that we are providing lethal weapons.

“We want to know that the militaries that we are providing those weapons to do not use them in a way to violate the human rights of ordinary civilians, so we will have that discussion moving forward.”

Thomas-Greenfield also stated that it is “an extremely high priority for the US government to assist in bringing these [Chibok] girls home and also hundreds of other girls and young boys who were forcefully abducted by Boko Haram.

“We will not let up on our efforts; we will continue to work with the government.’’