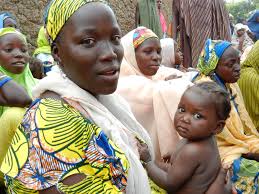 Faith-based organisations should be more often utilised in spreading healthcare throughout West Africa. Thomson Reuters Foundation quoted a statement made by Edward Mills, the author of the study and a senior epidemiologist at Global Evaluative Sciences in Canada saying that “religious groups are major players in the delivery of healthcare, particularly in hard-to-reach and rural areas that are not adequately served by government”. He continued to say that “it is time for the general medical community to recognise the magnitude of services offered (by faith-based groups) and partner or support (them) to provide long-standing improvements in health.”

During the Ebola outbreak many religious groups were used to spread knowledge about the disease and teach people about the risks of embracing the dead, which was common practice in the area.

Thomason Reuters Foundation wrote in an article that immunisation rates which were at 6 percent in children were raised to 75 percent in Sierra Leone due to Christian and Muslim organisations leading the Uniter Nations International Children’s Emergency Fund (UNICEF) campaign for immunisation.