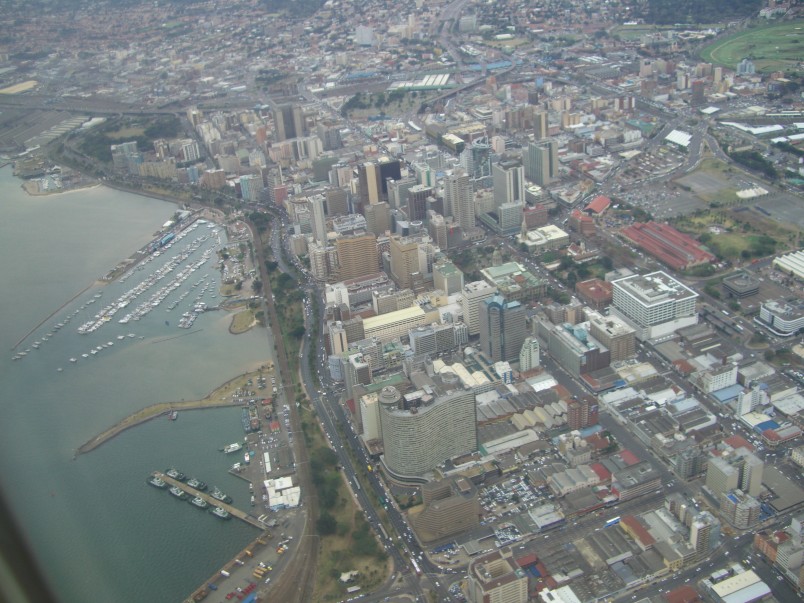 In Durban today a tragic accident resulted in the death of a 16 year-old boy who had his face severed by a street sign whilst visiting the city with his school.

According to witnesses, the teenage boy, whose name has not been released, was looking out his school bus window to see what the bus had hit seconds earlier when driving down a narrow street in the city centre. When the boy put his head out the window he collided with a street sign which sliced off his face.

The Mercury spoke with a witness at the scene, who asked to remain unnamed; he said that the bus had been driving at “high speed” down the road when it had collided with the street sign.

“It first hit this sign; everybody was still inside the bus. The boy then peeked his head out the window – he was sitting near the back – to see what was happening and before he knew it, he was struck by the sign on the second pole,” he said.

The Mercury also reported another witness who had seen the accident, Bongani Dlamini, “I think the bus was trying to avoid hitting the side mirrors of a car parked on the side of the road, but then it drifted closer to the pole.

“At that moment, the child peeped out the window and looked behind him (to see the sign the bus had struck) and by the time he looked where the bus was heading, it was too late to draw his head back in,” he said in a quivering voice.

“Everyone was crying, the teachers, the pupils; it was hectic.”

Dlamini stated that he had tried to help but there was nothing he could do and the boy passed away.

The teenage boy was part of a school group of 106 pupils visiting from Molapo High School in Lesotho.