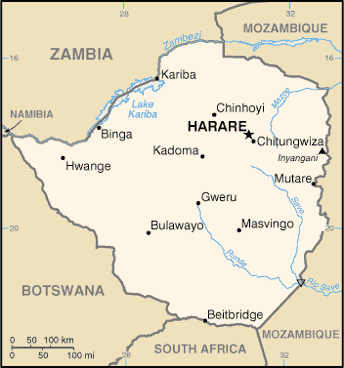 Last Friday the Zimbabwean Supreme Court ruled that firms in the country can terminate contracts of employment upon issuing a three months’ notice.

Workers have taken to the streets protesting the ruling due the fact that since friday more than 400 workers have been fired.

Prisca Mupumira, the Public Service, Labour and Social Welfare Minister, said that by tomorrow the hundreds of workers who have been sacked under the ruling will be informed of a solution to the situation.

“We have realised that companies are continuing to fire workers,” she said.

“The issue will also be discussed in Cabinet tomorrow (today).

“We will continue with the meetings and by end of this week we will have reached a position in terms of the affected workers. We hope we will have a win-win situation for the employees and the employers.”

The Herald reported that the company Econet Wireless handed out letters of dismissal to many workers between Monday and Wednesday informing them that they must immediately stop working as their contracts had been cancelled.

Econet wrote in the letter informing their employees of their termination;

“This letter serves to inform you that the business has decided to terminate your employment contract on notice.”

“This is not a dismissal, but rather the exercise of our right under common law which allows either party to terminate the employment contract on notice.

“Notwithstanding the effective date of the termination, you are hereby directed not to report for work with immediate effect (that is on receipt of this termination letter). Further, in terms of both your contract and the Labour Act, the company has opted to pay you cash in lieu of notice.”