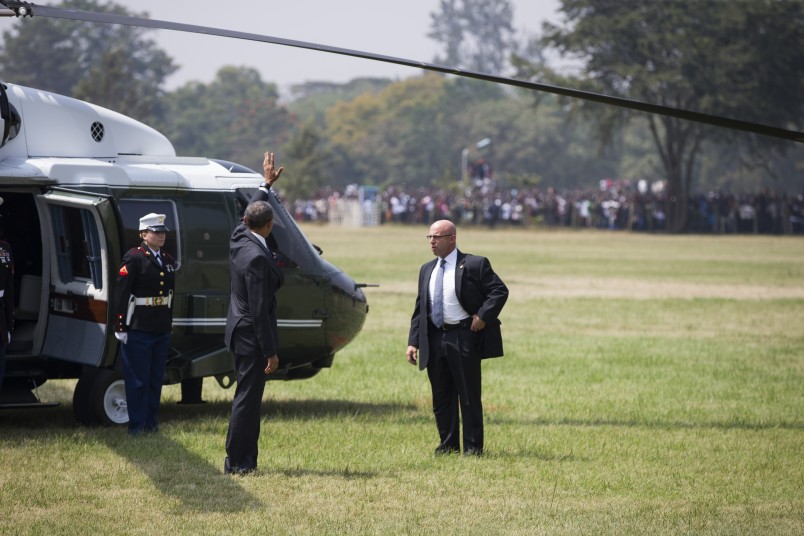 Friday July 24, 2015, Obama arrived in Kenya, visiting for the first time as the United States President.

Obama is scheduled to hold two-day talk with the Kenyan President, Uhuru Kneyatta and other government officials.

Trade is a topic that will be highly discussed during his visit, however, Obama has also promised to deliver a “blunt message” to leaders in Africa on the issue of gay rights and discrimination.

Obama’s trip to Kenya and then three days later, his trip to Ethiopia (home to the African Union) is also to show U.S. support and continued commitment to fighting terrorism in East Africa.

As Obama’s landed in Kenya he was met by throngs of Kenyans shouting their support, whistling and waving as Obama’s convoy passed by on their way to the hotel in the city centre.

Andrew Simmons, Al Jazeera’s reporter in Nairobi, said that there was an “overwhelming euphoria” when Obama arrived and that the U.S. president is the “most popular” politican in Kenya.