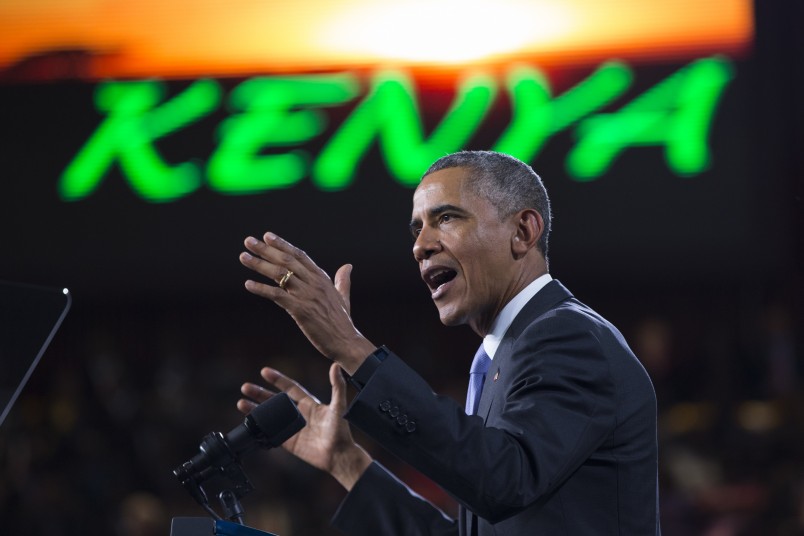 Obama addressed a few major issues in Kenya during his visit including corruption security, issues and gay rights.

He urged Kenya to hold “visible” trials in order to tackle corruption, which he believes to be the “biggest impediment” to future growth in the country. He also spoke on joint operations fighting the armed group al-Shabab however, the topic that caught the most attention was gay rights.

Obama “nudged” the Kenyan President, Uhuru Kenyatta, to consider the issue as a universal human right which is equivalent to the fight against racism or sexism.

“I’ve been consistent all across Africa on this. When you start treating people differently, because they’re different, that’s the path whereby freedoms begin to erode. And bad things happen,” said Obama.

Obama and Kenyatta do not hold the same views on the issue of gay rights. Kenyatta addressed the issue as something that “our culture, our society does not accept.”

“For Kenyans today, the issue of gay rights is really a non-issue. We want to focus on other areas that are day-to-day living for our people,” Kenyatta continued.

“This issue is not really an issue that is on the foremost of mind for Kenyans, and that is a fact,” he said, mentioning that health problems and women’s rights are main areas of concern.