Home>News>Obama discusses human rights and democracy at joint press conference in Addis Ababa
By Editorial Board - 28 July 2015 at 6:41 am 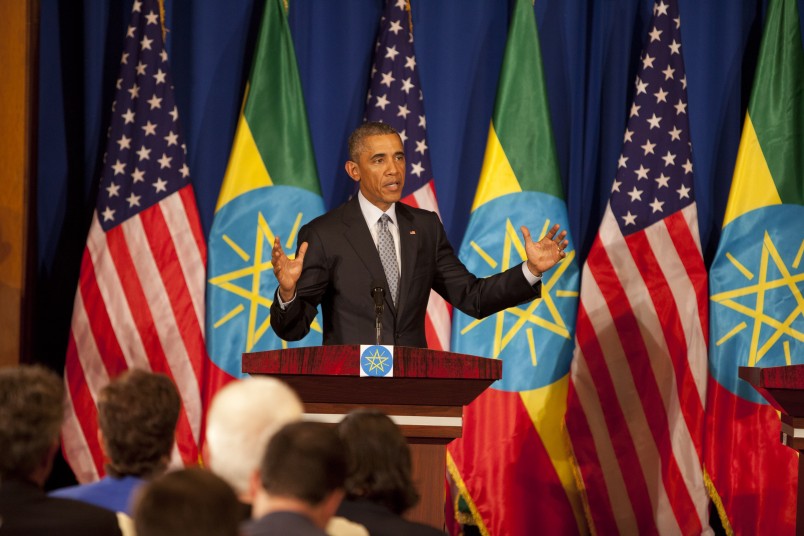 On Monday, Barack Obama met with the Ethiopian Prime Minister, Hailemariam Desalegn on the first visit by a serving U.S. president to the country. Ethiopia is currently one of the fastest growing economies in Africa. However, the country has been highly criticised for its human rights record, something that Obama addressed in his press conference.

During the joint press conference, held in the capital Addis Ababa, Obama urged the nation to control its clampdown on opposition members and its limits on the freedom of the press.

“We had a frank discussion, in a global economy increasingly driven by technology and the internet, continued growth in Ethiopia depends on the free flow of information and open exchanges of ideas,” said Obama.

“I believe that when all voices are being heard, when people know that they are included in the political process, that makes a country stronger and more successful and more innovative,” he added.

Obama described the Ethiopian govermnet was “democratically elected. Prime Minister Hailemariam Desalegn’s government won all seats in May which was a widely disputed parliamentary election.

“Our commitment to democracy is real and not skin deep,” he said. “This is fledgling democracy, we are coming out of centuries of undemocratic practices,” he added.