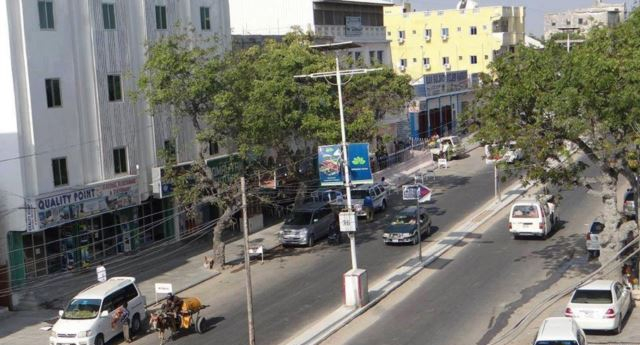 The suicide bomber that killed 15 people in the Somali capital, Mogadishu, on Sunday is suspected to have been a German of Somali origin. The attack took place at the five-star Jazeera Palace Hotel.

Al-Shaba has claimed responsibility for the attack; the group is linked to al-Qaeda. A number of people from the U.S. and Europe have gone to Somalia to join the group.

The BBC reported that the officer investigating the attack, who has asked to stay anonymous due to the continuing inquiry, said that the male bomber is believed to be from the city of Bonn.

United States President Barack Obama, who is currently in neighbouring Ethiopia and was previously in Kenya, condemned the attack.

Mohamed Moalimu, the BBC correspondent in Mogadishu, said that foreign experts are helping to investigate the blast. A Somali intelligence officer also told Moalimu that they were trying to ascertain how the bombing was conceived.

The officer also stated that attack was carried out with the use of a truck near the airport and that the blast was one of the largest to hit the city in the past eight years.