Home>News>"Nobody should be president for life” - Obama addresses African Union in Ethiopia
By AT editor - 29 July 2015 at 5:48 am 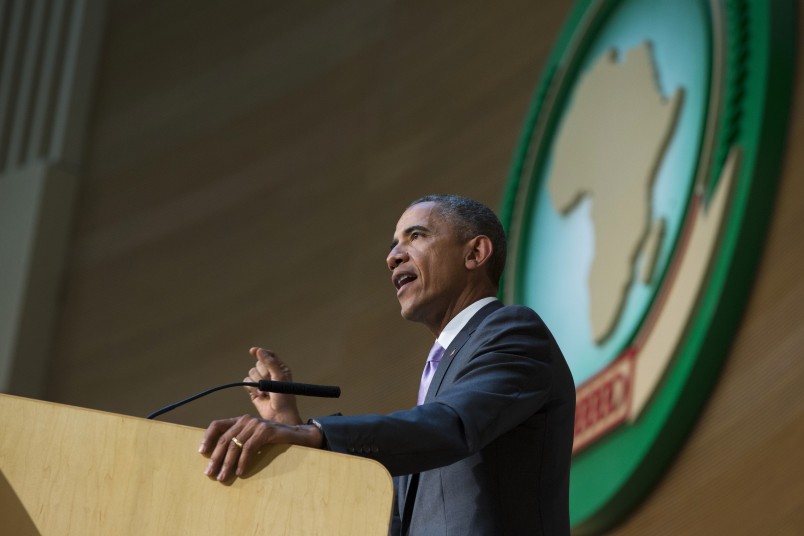 On Tuesday, United States President Barack Obama gave a speech to the African Union in Addis Ababa, Ethiopia’s capital. He warned that Africa would never advance so long as leaders refuse to step down once their terms end.

Obama also called to end the “cancer of corruption” stating that it is taking money away from development on the continent.

Obama light-heartedly spoke to the AU about the controversial third term win by Pierre Nkurunziza in Burundi.

“I actually think I’m a pretty good president. I think if I ran I could win. But I can’t.”

“The law is the law and no one person is above the law, not even the president.”

He added in a more sombre tone “when a leader tries to change the rules in the middle of the game just to stay in office it risks instability and strife, as we’ve seen in Burundi and this is often just the first step down a perilous path.”

Obama was the first serving U.S. president to address the African Union.