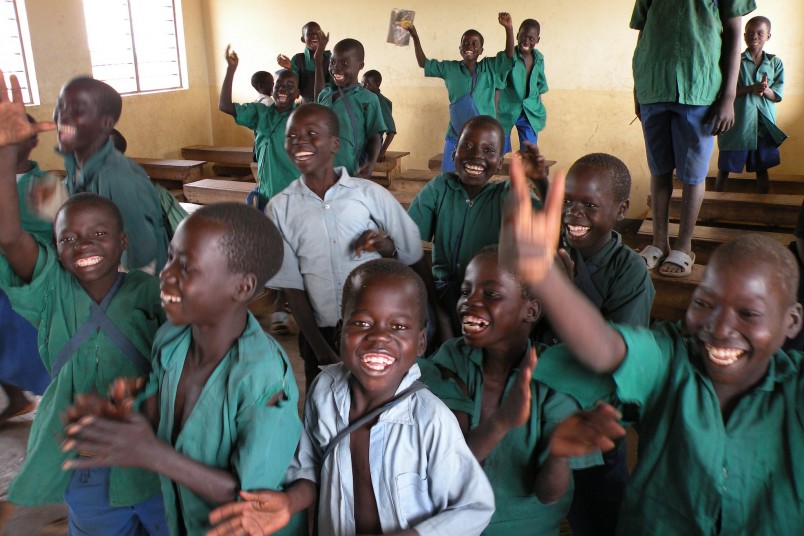 A wide array of literature asserts the growing dominance of Africa in the coming decades. With the continent analogous to images of poverty, conflict and disease, the tides might be changing to a more economically developed Africa. However, the situation may also portend a case of overestimation of its potential. There remains a lot to be seen before we see the rise of an African century.

Analysts tout the latter half of the 21st century as the African century. The 20th century belonged to the United States, while the first half of the 21st century was clearly China’s. But given Africa is composed of 54 sovereign states and two disputed territories, the composition itself renders this assumption problematic as there exist exponential reasons to have an exaggerated projection of the continent’s growth.

Africa is undoubtedly a land of resources. Three of the six Sub-Saharan countries deemed part of the ten fastest growing economies depend largely on oil production. These countries are Nigeria, Chad and Angola. Majority of the oil reserves are found along the coastal plains and the continental shelf of West and Central Africa. Nigeria is the largest oil producing country, while Gabon, the Republic of the Congo, and Equatorial Guinea are not far behind. But as these resources are finite and will be eventually depleted, not to mention subjected to the ever fluctuating world market prices, dependence on oil production alone is not sustainable.

Likewise, the issue of food security is still a major challenge in Africa. In March 2012, an estimated 240 million people, or one in every four people lack enough food in Sub-Saharan Africa. Commodities are getting more and more expensive, which pushes more people into poverty and hunger. One of the United Nations’ Millennium Development Goals (MDG) is eradicating extreme poverty and hunger. Food security entails physical and economic access of all people to sufficient food to meet their dietary needs in leading a healthy and productive life. While a significant progress has been achieved in meeting this goal worldwide, Sub-Saharan Africa still sees widespread food insecurity. In the period from 1990 to 2015, the prevalence of underweight children has dropped from 27 to 22 percent in the region. However, the total number remains large as there are twice as more children than in 1990. This has been attributed to high fertility rates and limited access to reproductive health information.

Employment creation is also a persisting problem in Africa. While it is one of the hardest information to pin down and often associated with rapid population growth rates, the International Labour Organisation (ILO) argued that the youth bulge did not create increased unemployment rate across the continent. Also, it is the structural issues within individual countries that brought out a high youth unemployment rate. More than anything else, it is the lack of investment in infrastructure and subsidy in labor-intensive jobs that created this structural issue. As these infrastructure took years to build upon, the deeply entrenched problem began even before the youth bulge’s occurrence.

An African Century does not only involve economic development and prosperity. The issue of long-lasting peace throughout the continent should be underway to achieve Africa’s resurgence in the 21st century. But the remnants of colonisation still persist, and some countries are still struggling to cope with internal conflict. After the scramble for Africa that started from 1880s until the decolonisation period in 1957, virtually all former colonies were left to their own devices and unable to deliver with the demands of their newly-obtained independence. Former colonizers did little to equip them with institutional know-how, as the population had been left with little education rendering them unfit to perform even administrative roles in the government.

Indigenous groups prior to colonisation also scrambled to regain territories they once owned, and at times, encroach on other groups. Ethnic conflicts abound in the region. And in the case of the Rwandan genocide between Hutus and Tutsis, it has spilled over to neighboring Burundi where the pre-colonial divide saw a resurgence in Burundi’s contentious presidential elections. A volatile political climate forces thousands of people to flee their homes to avoid being rampaged by the violence.

The bottom-line: a good governance structure is needed to mitigate these challenges to achieve the African Century. In spite of the food insecurity and lack of employment opportunities, transparency in governance and implementation of policies promoting inclusive growth can maintain peace and encourage investment of the private sector. Compared to the dominance of the United States during the 20th century, and China in the first half of the 21st century, Africa’s core composition is indicative that Africa should have an across-the-board policy. This role can be filled by the international organizations such as the African Union (AU) and economic regional blocs such as the Economic Community of West African States (ECOWAS). Employing a multilateral approach would not only share best practices, but will also build confidence for these differing countries to integrate in the demanding world market economy.

The hope for an African Century is not extinguished. Granted that the continent did not make any instantaneous leaps and bounds to accomplish this idea, Africa is still on its way to resurgence. But this kind of resurgence will heavily depend on the willingness of its countries to devote their time in promoting the continent’s interests more than their own. As soon as the once-perceived wild continent trek the road to an environment of good governance, they are well on their way to re-introduce a determined Africa that all Africans can be proud of.