Home>African Future>Building the way to African development: keeping up with the infrastructure demands
By Editorial Board - 2 August 2015 at 8:00 am 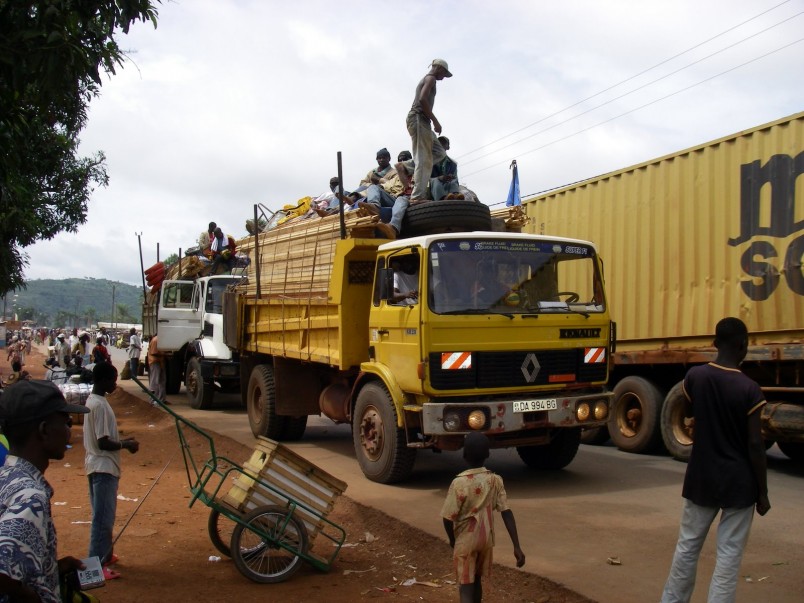 Infrastructure is not an option, but a necessity to fuel a growing economy. While people in developed countries might take for granted the presence of its busy roads and effective sewerage systems, developing countries have long been grasping on straws to balance addressing their infrastructure needs vis-à-vis their everyday necessities. The same is true for Africa, where the lack of reliable infrastructure not only obstructs its growth trajectory, but also hinders addressing the needs of a poverty-stricken population. Not only does the need end with the provision, but a sustainable maintenance scheme should also be carefully thought out to ensure the infrastructure’s long-term use.

The International Monetary Fund envisaged that in the period from 2014 until 2019, 14 countries from Africa will have at least a 7 percent average annual growth rate. This can give these countries the leverage of doubling their annual Growth Domestic Product (GDP) within ten years. But given the current state of infrastructure and infrastructure spending in the continent, the projected growth can be significantly hampered. As more foreign direct investments (FDIs) have their eyes set on Africa, the latter should double up with their infrastructure efforts, lest investors grow impatient and investments be made elsewhere. The continent has been steadily losing about 2 percent of its GDP growth per year due to infrastructure problems.

In a recent study by The Brookings Institution in March 2015, they identified three major sources of external financing in Africa. These are private participation in infrastructure (PPI), official bilateral and multilateral development financing (ODF), and official Chinese financing. The three purportedly account for around 97 percent of Africa’s external financing, with funds from Arab States, Brazil and China amounting for the remaining percentage.

From the period of 1990 until 2012, all three sources show an increasing growth in infrastructure. Infrastructure spending is either done in the energy, telecommunications, transport, storage of goods, water supply and sanitation, education and health sectors. A large part of PPIs was spent on the telecommunications sector, while majority of ODF was spent on the transport, water and sanitation sectors. Figures on China’s spending are not conclusive, but a recent report points that majority of Chinese investments were made on the transportation sector, given their track-record and capability in financing railways and roads. Also, China has largely invested in Ghana to the west of the continent, and Ethiopia in the Horn of Africa.

With the influx of help from various sources flowing to Africa, one can say that the continent has all the funding it needs to carry on with its infrastructure projects. However, with the information provided, Africa still has lots of sectors to address to support its growing infrastructure needs. Particularly, what level of domestic financing is done by the African countries to supplement the external financing?

Domestic financing still forms a significant portion of infrastructure budget. While external financing is crucial, African countries must also rely on generating revenue on its own. Fraud and cases of tax evasion are rampant in the continent, costing Africa around $50 billion every year. Likewise, the AU and the United Nations Economic Commission for Africa (UN ECA) have identified schemes to siphon national reserves since 2001, with illicit financial flows tripling since 2001. In both domestic and regional level, addressing these irregularities that are reason for financial losses can significantly add to funds allocated for infrastructure spending.

Lastly, the question of how the funds are spent also remains crucial in addressing Africa’s infrastructure needs. While large infrastructure projects are underway across Africa, with the World Bank estimating around 27 new infrastructure initiatives in 2012, a lot of them never took off to the implementation stage. Also, a sizable number takes a longer time to complete, putting in extra time and resources, and preventing them from being used right away. This is a downward slope as it does not encourage investor confidence and affects securing financing in the future.

Addressing Africa’s infrastructure needs can help lower production and transport costs, bolster economic activity and improve other sectors. But the problem of bridging this infrastructure gap does not hinge on securing more funding, but in making sure that projects are delivered on time. It does not only bring returns to the investors, but also encourage them to spend more in the future. Similarly, African countries have different needs and priorities. They clearly have various policies, but having a regional approach can help ensure that cross-border infrastructures will help an effective integration of their markets. Africa can keep pace with the demand, as long as a single and unified strategy is put on the table.