Home>Finance & Economics>Reforming the African Union
By Editorial Board - 3 August 2015 at 3:55 pm 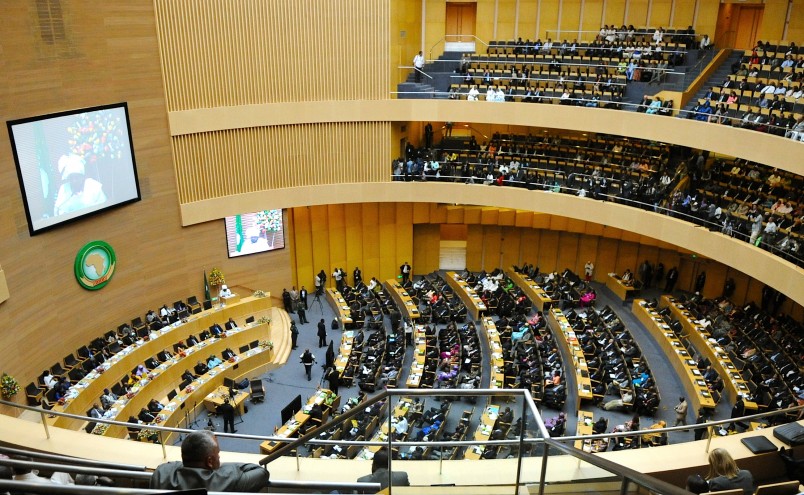 The African Union (AU) is plagued by allegations of its ineffectiveness. From its inability to act against the Ebola crisis to the migrant problem in the Mediterranean Sea, AU has been constantly criticized. One can say that the union’s hands are tied. Given its unsustainable and problematic funding, AU is unable to perform its mandate. It might be a long road for the union to cope with its financial security just to deliver, but businesses play a key role in pushing for an AU that actually strives to work in achieving its objectives.

The AU is a continental union composed of 54 African countries. Except for Morocco, the AU is the continent’s most comprehensive regional bloc that replaced its precursor the Organization of African Unity (OAU). While the OAU was dissolved in 2002 due to its failure to institutionalize democracy, the AU took its place and promised to address the weakness of the OAU. The AU’s has 14 objectives, notably the promotion of peace, security, and stability in the continent; as well as continuing the promotion of democratic principles and institutions, popular participation and good governance. But for these mandates to be accomplished, the issue of funding and being self-sufficient hampers its performance.

As of 2014, only 33 percent of AU’s funding comes from its member states. Out of its $138.5 million target, only $84.6 million has been collected from its member states. South Africa, Angola, Nigeria and Algeria are four top contributing countries, while majority of its members fail to wholly pay their dues. The remaining percentage of the budget comes from external donors such as the World Bank and the European Union (EU), or countries like the United States, the Netherlands, the United Kingdom, Spain, China, Turkey, Canada, Sweden and Germany.

This heavy dependence on the West to keep afloat is described as contradictory, especially if Africa were to solve its own problems. On one hand, there’s a growing anti-West rhetoric from the union who regularly denounced Western powers as imperialists. Zimbabwean President Robert Mugabe has been regularly targeting the United States and the EU. Amidst these diatribes hurled against the West, AU chairperson Nkosazana Dlamini-Zuma raised concerns over its dependence on Western funding.

Again, a big part of the problem is its member states failure to pay their dues. With the conclusion of the annual AU summit in January, it prescribed that Egypt and Libya should likewise increase their contributions as two of the six wealthier member states. Another part of the problem is the illicit flow of capital from the continent. Africa is losing around $50 billion every year from illicit transfers due to fraudulent government transactions. From 1970 until 2008, an estimated $850 billion has been siphoned off Africa’s reserves, with Nigeria accounting for a quarter of this loss during the same period.

Due to lateness in contribution by the member states and the illicit flow of money, AU was unable to execute planned development-related infrastructure programmes. In this downward spiral, economic growth has been subsequently stalled. The general composition of AU’s funding itself has also put the union in a difficult situation, as these funds often have strings attached. It is difficult to push for an Africa-centric growth when there is the problem of compliance with the fine print stipulated by the incoming funds. The AU must push for self-sufficiency if they want to achieve it. Raising funds domestically, as well as working closely with local businesses can help achieve this end.

If we recall, one of the primary objectives of the AU is to promote democratic principles and institutions. An integral aspect of this mandate is the achievement of long-lasting peace in the continent. However, Africa still suffers from various ethnic clashes and division among different religious groups. The AU, unlike the OAU, has followed the principle of non-interference in domestic affairs of its member states. With these restrictions they are at times slow or even unable to respond to conflicts in the continent. In this political front, businesses must open a dialogue with the AU that, in exchange of increased capital flows, an environment conducive for entrepreneurship must be fostered. This pre-requisite prior to increased investment build investor confidence, and creates jobs for the population as well.

In the development mechanism, businesses can also work closely with the AU in planning infrastructure projects to stimulate growth. As early as January 2015, the AU has been planning to increase involvement of the private sector in addressing the lack of infrastructure that hinders growth. The AU’s Programme for Infrastructure Development in Africa (PIDA) has developed 16 priority trans-national projects, which was introduced to the private sector for financing. This public and private partnership initiative seeks to address deficiencies in the continent’s infrastructure where only 62 percent of the African population has access to electricity, and only 25 percent of its road networks are paved.

Lastly, businesses have a self-interest to protect in Africa – the human capital. During the Ebola crisis that struck West Africa, businesses have been worrying about the investment they have shelled out if their labor force is at risk for infection. The AU’s has a stake in the crisis as it has the capability to mobilize knowledge from its member states who had previous experience dealing with a similar crisis. The businesses can only provide so much in mitigating the issue, but AU must be have the will to work together with the private sector. Businesses are ready to help provided that public institutions do their part.