Home>African Future>Is English the working language of Africa?
By Editorial Board - 5 August 2015 at 4:03 pm 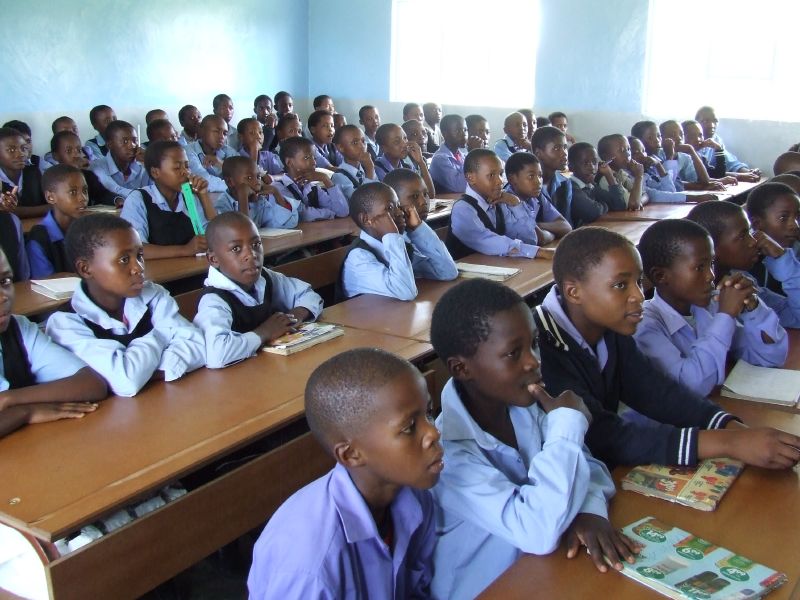 English is largely taking hold in Africa. While British colonizers were only a single player in Europe’s scramble for the continent in the 1880s, English is on its way to become one of the major, if not the major, languages spoken in the region. The vestiges of other European languages are slowly losing traction, and English learning is being enforced in the education system. Given this trend, is English becoming the working language of Africa?

A procedural language, or commonly known as the working language, is regarded with its unique legal status of being a primary means of communication. Where it is recognized, other languages exist but a working knowledge is a primary means of daily correspondence and conversation. For instance in the African Union, given that it is composed of 54 member states, English is one of the four official languages alongside Arabic, French and Portuguese. However, a working language does not guarantee that it is the official language. Regardless of the distinction, language plays a distinct role in the conduct of business and personal affairs.

According to Mark Warschauer, a professor in the Department of Education at the University of California – Irvine, English has become the second language of everybody where almost any part of the world considers its knowledge as being educated. By 2050, researchers estimate that almost half of the world’s population will know how to speak English.

In Sub-Saharan Africa, 26 of the countries have English as one, if not the only, official language. On the other hand, French is on a decline, having been once a major language in the continent. Former French colonies have been switching to English as a medium of instruction their education systems, with rough estimates that in two decades time, French would no longer be spoken in Africa.

In a study conducted by Linguistics professor Hywel Coleman, he addressed the instrumentality of English in Africa’s development. English plays a role on four key areas that include employability, international mobility, access to information and tool for unlocking development opportunities, and the perceived impartiality of the language.

English is an essential tool for commerce and the conduct of business. With the West expanding its reach in Africa, having a labor force that speaks the language of the investors will be of great help. Granted that investors come from all corners of the globe, the use of English as a common medium facilitates negotiation skills and marketing of products. The influx of tourists to African destinations also made learning the language as a necessity. As seen in these examples, knowing how to speak English potentially increases a person’s employability.

While the issue of mobility in Africa often evokes images of people afloat the Mediterranean Sea, knowledge of English also contributes on the international mobility of Africans. As the primary language of academia, a large portion of academic publications are written in this language. Knowing how to speak the language increases the probability of being admitted to foreign universities. This gives them an advantage of gaining skills and knowledge abroad which they can, ideally, bring back to their home countries and contribute to development. On the other end of the mobility question, those who are locally educated and has the capability to use the language gives them an incentive to move out of the country to seek employment. While this has also admittedly contributed to the brain drain problem of Africa, African governments are slowly building mechanisms to reintegrate their diaspora, whether physically or not, to their own societies.

Lastly, English is perceived as an impartial language. With its largely colonial past, languages of formers colonizers are ascribed with a degree of negative value. Rwanda, for instance, has changed its language of instruction from French to English in 2008 as an attempt to break away from its colonial past. French is linked with Belgium, France and Rwanda’s genocide past. Changing their language of instruction gave them an opportunity to modify their national identity.

However, not everything is good with the widespread use of the English language. Critics argue that it is the language of imperialism. It is not as value-free as it was being championed by its supporters. Along with the learning of the language comes certain world-view that is detrimental to the African identity. Eurocentrism is also an excess baggage attributed to learning English, rather than formulating a development strategy that also develops indigenous African culture. In the spirit of Pan-Africanism with its African ideals, English is not a unifying factor as it estranges African from their own identity. It also increases estrangement and desolation from groups who were not educated with the same language, and enlarges the chasm between those perceived as educated and not.

Undoubtedly, knowledge of English gives Africa skills to become competitive in the global marketplace. However, its development alongside the development of its native languages is not mutually exclusive. Africa should avoid losing its own culture for the sake of global competitiveness. At the end of the day, who are Africans without knowledge of their own culture? Playing with English as its working knowledge should not be a zero-sum game with its 800 other languages. Likewise, focusing on English alone will increase stratification in the African society and will stoke resentment among the ‘uneducated’ class as the language will continually be described as the language of the elite. Cultural wealth should not be sacrificed for material wealth.