Home>African Future>Reviving the Pan-African Dream
By Editorial Board - 6 August 2015 at 8:00 pm 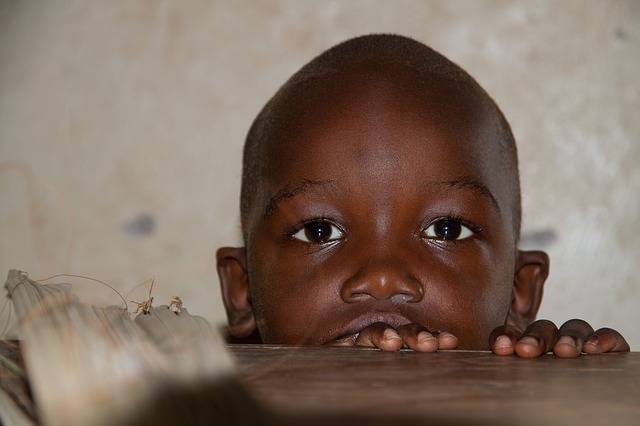 With the foreseen economic growth in Africa in the coming decades, a growing fear of losing the African identity began to take hold. Africa’s development entailed involvement of Western powers, which at times conflict with the continent’s ideals. When funding and support often have strings attached to them, African countries must bend for compliance’s sake. When the push for a collective self-reliance for Africa is in order, discussion of the Pan-African dreams comes to mind.

As an ideology and movement, Pan-Africanism came out, not from the African continent itself, but from the African diaspora. Black intellectuals who were educated abroad are influenced by the Pan-African movement pushed by the political leader Marcus Garvey and the academic W.E.B. Du Bois. The ideology anchors on the idea that people of Africa, regardless if they are in the continent or in the diaspora, share a common history and destiny. Its slogan is ‘Africa for the Africans’, and was further promoted by Garvey’s ‘Back to Africa’ movement. With this movement, he urged people of African ancestry in the diaspora to redeem the nations of the continent and for the colonial powers to leave.

While the Organization for African Unity (OAU) was criticized for its inability to make lasting progress in Africa, and has often been dubbed as a club of dictators, its legacy is often attributed to the decolonization effort and the suppression of white minority rule. Africa began decolonization in 1957, but some territories were still under the rule of their colonizers. The OAU had provided arms and military bases fighting colonial rulers. Likewise, it has pushed for apartheid to end in South Africa by putting pressure on the white rulers. African ports were denied to the South African government, as well as airspace forcing South Africa to take longer routes. And at some point, it has also convinced the World Health Organization (WHO) to expel South Africa unless apartheid was abolished.

Another point within Pan-Africanism is the establishment of a United States of Africa. The concept was first attributed in Garvey’s 1924 poem ‘Hail United States of Africa’. It is the ideal of a 54 states of Africa integrated in a single entity, through an interlinking of regional federations with limitations on national sovereignty. Former Libyan leader Muammar al-Gaddafi reiterated that a truly Pan-African state has the ability to provide stability and wealth in Africa. Similar to the European Union (EU), Gaddafi went as far as insisting for a unified currency, passport, and greater mobility within the members of the United States of Africa. But basing on the problem currently faced by EU because of the financial crisis, there are doubts over its viability. Interestingly, the idea gained traction in less developed countries of Africa, and the more developed ones are hesitant.

Yet another salient point within Pan-Africanism is the belief in democracy as the most desirable method of government. At its core, democracy means the principle of ‘one man one vote’. However, how can Africa speak of Pan-Africanism hinged on democracy, when several of its leaders are violating the two-term limits of their constitutions and overturn peace stipulated in the Arusha Accords? Even with the employment of democratic mechanism such as elections, this has been abused by African leaders to gain undue advantage on power and the national budget.

While Pan-Africanism adheres on the solidarity of black people everywhere, and the alliance of colored people based on a mutual history of struggle against white domination and colonialism, the difficulty of engaging the African diaspora exists. A lot of African governments have an antagonistic relationship with their diaspora, lamenting the waste of capital spent on them as they look westward for greener pastures.

The challenge of reviving a Pan-African dream lies in the success of the African Union (AU). While imperfect, the AU is the necessary start to push for an inclusive Africa that re-asserts its own identity and restores its pride.

Any form of self-autonomy in Africa was erased during Europe’s scramble for the continent. While the Berlin Conference of 1884-85 formalized the division of the continent among the European powers, it did not automatically equate to the restoration of Africa’s self-determination even with the decolonization starting in 1957. But the challenge for the continent during the present-day is the reintegration of its people in achieving the Pan-African dream. While states are doing their best to unite and work together through the AU, a lot of disillusioned people cannot support this dream with their stomachs rumbling and with preoccupation of their families’ well-being.

Africa has a lot of reason to celebrate with its projected growth. But before it has a discussion of reviving the Pan-African dream, it must also look at the very essence of this ideology. How can you expect all Africans to unite when the tenets of all African people’s destinies being intertwined are ignored? The AU must be an instrument in achieving the dream. But with its systemic inefficacy to address the needs of the people from below, the AU has become an obstacle in uniting Africa. With the AU not reflecting the interests of the African leaders and its people, the continent needs a reality-check to see that the dream remains a dream given the current reality.

Is there hope for the revival of the Pan-African dream? Absolutely. But it will only happen if its leaders will truly become true bearers of its people’s interest. Until that day, a Pan-African dream is still just a dream.