Home>African Future>African solutions to African problems: the security component of development
By Editorial Board - 7 August 2015 at 6:40 pm 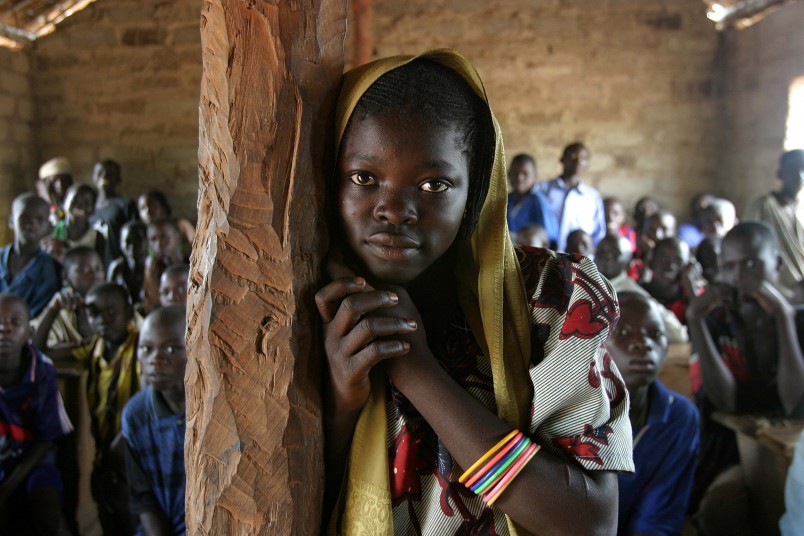 Development is a contentious issue. And in a place as least developed as Africa, the issue might seem a Sisyphean task. There is an on-going debate whether the presence of Western powers can both produce economic development and inclusive growth. Worries persist that it is just a ploy to exhaust Africa’s resources, with the investing states getting more at the expense of the continent. A renewed interest for finding African solutions to solve African problems resurfaced. While conventional knowledge regarding development focuses on Growth Domestic Product (GDP) growth, this has been widely criticized. Following this definition of development is problematic as it does not account inequality, fosters exploitation and prevents inclusive growth. Worse, the presence of Western powers exacerbates the security situation.

Dependence on foreign aid and deep integration in the global market economy has its drawbacks. While they can help in bolstering growth, dependence with foreign aid makes the receiving countries susceptible to the whims of foreign countries. Whether economic or political arena, receiving countries have to make concessions in accordance to the terms of these funding. Also, being deeply integrated in the global economy makes them vulnerable to changes in demand and market prices.

Finding African solutions for African problems is not simplistic either. Simply seeking self-sufficiency and neglecting foreign intervention all together is not that easy. Agreements with external forces were drawn on a long-term basis and they cannot just readily renounce these pacts. But in the process of adhering to these, Africa must also have a back-up plan, especially as they cannot control changes in plans and priorities of other countries. In this sense, seeking African solutions is sensible.

In a recent visit of United States President Barack Obama, he emphasized that Africa must stop looking elsewhere for solutions to its own problems and look for these solutions internally. In the context of his speech, he called on the issue of neocolonialism and the need for a strong African leadership. But looking after governance alone is not enough to have African-made solutions.

Less dependence on international support entails Africa being ready to act as one and make a long-lasting attempt to address their development problems. Acting as unit through the African Union (AU) will give them credibility and assertion to ask for better terms of trade. It is difficult for partner countries to look the other way with Africa’s promise of growing consumer market, not to mention the resources available for them to negotiate upon. The AU must re-evaluate its poverty reduction efforts under the New Partnership for Africa’s Development (NEPAD). And while doing so, it should also give Africa’s five key regions the autonomy to identify infrastructure projects and other priorities that will connect each region to one another, and reduce transportation and production costs.

More than anything else, ‘African solutions for African problems’ is originally conceptualized for the peace security arrangement in the continent. A secure environment, after all, is needed for economic development to flourish. Conflict resolution is one of the prominent tasks undertaken by this maxim. While Africa is yet to institutionalize a continent-wide peacekeeping mission, it still needs the support of other international organizations such as the United Nations (UN) to perform peacekeeping duties.

However, with recent scandals hounding the UN’s peacekeeping missions in Africa, such as the alleged child abuse of peacekeepers in the Central African Republic, it undermines the pride and integrity of the host population. The AU, if it were to have its own peacekeeping mission, would remove their population under the mercy of foreign powers and would have more control over the discipline of these missions. Under the auspice of these missions lie adherence on diplomatic immunities that renders them invincible to local laws.

The relationship between peace, security and development is precarious. It might be a chicken-egg situation, where it is uncertain whether one brings forth the other. Nevertheless, the relationship between the two is significant. The presence of Western powers in Africa has already given rise to anti-Western movements. The worse case is the Boko Haram and al-Shabaab movements that are clearly antagonistic with Western involvement in the region.

Ironically, Boko Haram operates in Africa’s largest economy. While Nigeria’s growth has been decades in the making, the existing Boko Haram insurgency has been threatening its economy. The previous administration of President Goodluck Jonathan was also unable to abate the insurgency, and foreign direct investments (FDI) have slowed done because of the insurrection. From 2011 to 2012, FDI in the country has dropped by 21 percent, which is significant given that it occurred in just a year.

Without mincing words, Africa is currently unable to address its security needs. And the AU, as its theoretically most comprehensive body, needs to strengthen its role in containing matters of regional security. As it currently stands, the continent’s prospect for development is marred by the existence of extremist organizations, inter-ethnic clashes and other security-related matters. The AU has to take greater responsibility, with its leaders (i.e. biggest economies) providing more support for this initiative.

African solutions to African problems rest on the organizational capacity to provide a force capable of preventing and resolving high-intensity conflict in the continent. African countries must learn its lesson with the Nigerian experience, where the threat of a local insurgency that began in its own territory got traction and became a transnational issue. A security issue is a peace issue, and any threat to prospects of peace has a significant impact on development.