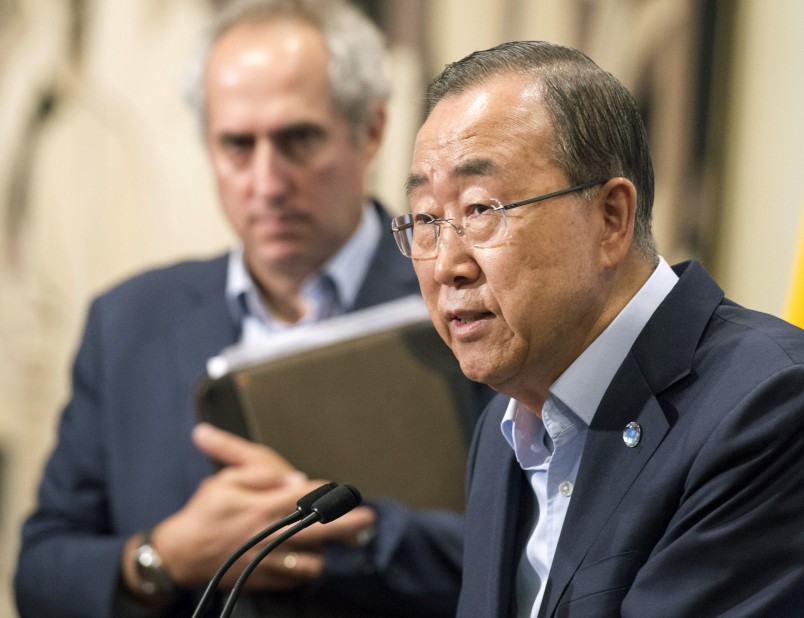 The head of the United Nations peacekeeping mission in the Central African Republic was forced to resign due to allegations, brought by Amnesty International, of rape and murder committed by peacekeepers.

At the request of UN Secretary-General, Ban Ki-moon, the general from Senegal, Babacar Gaye, submitted his resignation on Wednesday.

Ban promised to take speedy action to rid the mission of “outrageous and indecent actions of a few people” when announced the resignation of General Gaye. “I cannot put into words how anguished, angered and ashamed I am by recurrent reports over the years of sexual exploitation and abuse by UN forces,” Ban continued.

The accusations included the rape of a 12-year-old girl by UN peacekeepers as well as shooting dead a 16-year-old boy and his father.

These claims came shortly after previous allegations of child sexual abuse by French soldiers and UN peacekeepers in CAR.

Ban has called a special session of the UN Security Council for today to discuss the issue of the sexual abuse accusations. “When the United Nations deploys peacekeepers, we do so to protect the world’s most vulnerable people in the world’s most desperate places. I will not tolerate any action that causes people to replace trust with fear,” he said.

“Those who work for the United Nations must uphold our highest ideals. Yet the outrageous and indecent actions of a few people tarnishes the heroic work of tens of thousands of UN peacekeepers and personnel,” Ban continued.