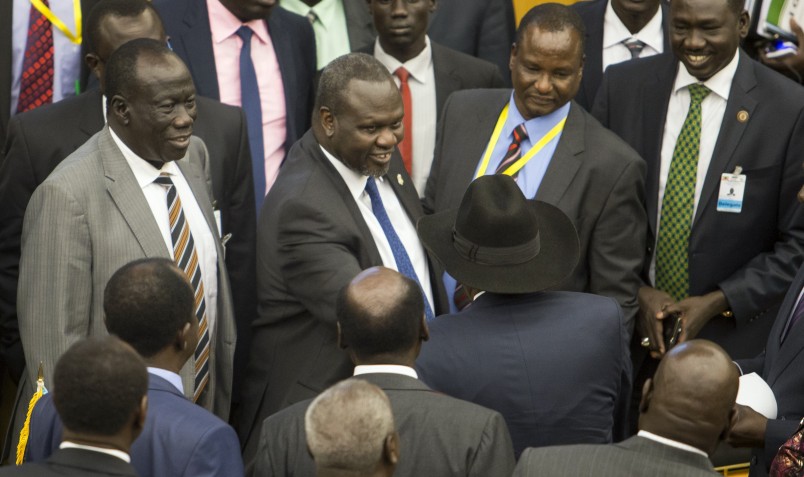 President Salva Kiir of South Sudan has declined to sign the peace deal proposed by regional leaders on Monday in Addis Ababa, Ethiopia right away. He stated that he needs more time to think about the agreement, said a mediator of the crisis.

South Sudan only gained independence from Sudan in 2011 and then descended in to conflict when in December 2013 a political disagreement between Kiir and his deputy Riek Machar turned into a violent conflict.

The mediator for IGAD, Seyoum Mesfin, told Reuters “in the next 15 days, the government will come back to Addis Ababa to finalise the peace agreement.”

“We do not have any reservations on the ceasefire. We have no reason to continue fighting,” Machar told reporters. “There is no reason why he [Kiir] requested for more time. He has got a good agreement.”

John Kirby, U.S. State Department spokesman said “we are going to work with our regional and international partners on the next steps and on ways to increase pressure, especially against those that are undermining the peace process or opposing this agreement.”