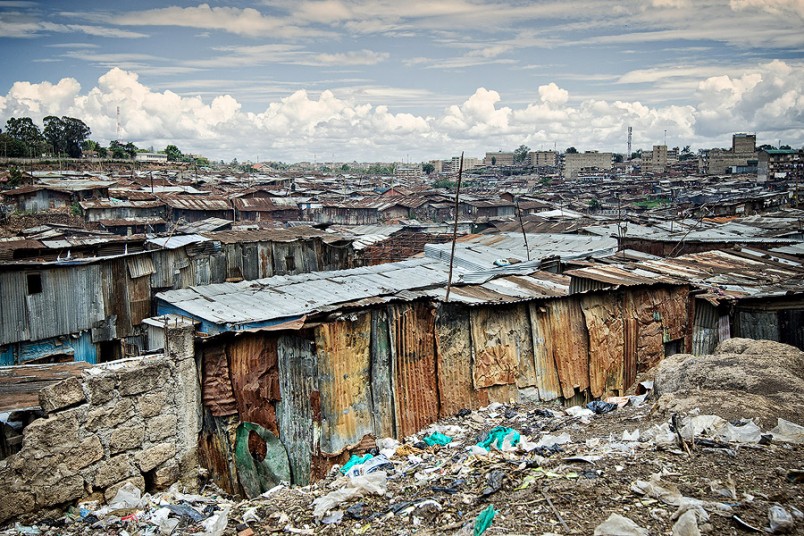 “Flying toilets” – what is this frightening concept and why does it even exist? Well in Nairobi’s informal settlement, Mukuru kwa Reuben, “flying toilets” are a part of everyday life. Africa Times reporter Lydia Limbe investigates.

Mukuru kwa Reuben is an informal settlement at the heart of Nairobi’s industrial area, where there is a mix of shared public bathrooms and open defecation. Alex, a resident who grew up in the area, shared with Africa Times the smelly, messy and unhygienic menace that bad sanitation is in the area. But, when he stumbled upon the concept of a shared toilet facility he saw a solution to the problem.

“My father owns a piece of land where he built rental houses made of iron sheets. He left an open field at the back of the houses as play space or for use by tenants as they saw fit. However, this space was seldom used as it became a dumping ground for ‘flying toilets’.”

Flying toilets are basically an urban type of open defecation, using a plastic bag to throw (literally) your business out. As Alex leads me to where his toilet business is located, we worm our way through a maze of low hanging houses built with iron sheets, with an equally complex network of electrical wires interconnecting above the roofs.

His business is a shared toilet; people pay Alex to use the facility, helping to reduce the flying toilet situation.

The statistics on sanitation are scary, as currently the world is not on track to meet the Millennium Development Goals (MDGs), particularly when it comes to the issue of sanitation. The 2014 United Nations Children’s Fund (UNICEF) update on the Progress on Drinking Water and Sanitation states that out of the 69 countries that are not on target to meet the MDG target for both drinking water and sanitation, 35 are in Sub-Saharan Africa.

26 out of 44 Sub-Saharan African countries practice open defecation according to UNICEF and this trend is only set to increase. However, it is primarily a rural phenomenon, as the urban areas tend to have better sanitation. The report also states that between 1990-2012, 2.5 billion people globally did not have access to proper sanitation and one billion of them live in rural areas.

The 2012 African Minister’s Council report on Water, in collaboration with the World Health Organization (WHO) and UNICEF in a joint monitoring programme for water supply and sanitation states that one in every five people in the urban areas rely on shared or public sanitation.

Fresh Life Toilets looks like a possible small solution to a massive problem. The idea was mooted by Masters of Business Administration and Engineering students from Massachusetts Institute of Technology, who challenged themselves to do something about the global sanitation issue.
“I’d lived in China for two years, that’s when I noticed that I’d taken the excellent sanitation back home for granted. On further research, I learnt that it’s a global problem, with close to two billion people without proper access to adequate sanitation,” says David Auerbach, the CEO of Sanergy. He is one of the six founders of this business.

The concept behind Fresh Life Toilets is very simple: providing clean and hygienic toilets to communities whilst as the same time collecting the waste, which is then transfomed into organic fertilizer. Sanergy employs local staff to collect the waste either every day or every couple of days, depending on usage.

The organic fertilizer is then mostly sold to large-scale farmers in Kenya. Currently, Sanergy is able to supply 50 tonnes of organic fertilizer a month. Auerbach also said that they are experimenting with the production of biogas, with a pilot project of 10 cubic meters.

Operators of Fresh Life Toilets are usually residents within informal settlements. There is no need to involve an entire construction crew as once a suitable space is found, the prefabricated concrete walls are fitted, a wooden door is installed and see-through roofing sheets are connected in order to allow light in.

For a down payment of USD 196 and a total price of USD 490, one can become a Fresh Life Toilet Operator. The kit includes a sanitary bin, marketing materials, boots, overalls, two buckets, a cup and a mirror. The new operator also signs with which to advertise the toilets in the area, a water station, instructions on how to use the toilet, five-liter bottles of disinfectant, hand gloves and a mop. Alex told me that he liked this particular business model as it made life easy for the owner and made the equipment quickly available which was good for the community as the sanitation issue is urgent if not a crisis point in the area.

Alex employs a woman from the community to manage his toilets whilst he tends to his other business; a saloon, barber shop and a small convenience shop (known locally in Swahili as a duka).

When Sanergy picks up the waste each month, it’s weighed, as the weight is what determines the income for the owner. Alex told me that he believes that this is an accountable and accurate way to measure the income made from the waste when it’s sold to be used as fertilizer. The accuracy prevents employees from making numbers up and therefore stealing from his business.

Fresh Life Toilets is currently operating many of the informal settlements in Kenya including Mukuru kwa Reuben, Mukuru Kayaba, Mukuru kwa Njenga, Viwandani, Kamkuni and Makadara. There are 623 Fresh Life Toilets and 295 Fresh Life Operators; most operators have two toilets. 91 per cent of the staff are Kenyan and 48 per cent are under the age of 25.

The seventh MDG defines basic sanitation as having access to excreta disposal facilities, such as a sewer or a septic tank, a pour‑flush latrine, a simple pit latrine or a ventilated improved latrine.

It has been shown that inadequite sanitation in Kenyan settlements disproportionately impacts women’s health contributing to infectious and chronic illness, food contamination and malnutrition. This is why projects such as Fresh Like Toilets are a move in the right direction.

In 2013, The Africa Water Foundation (AWF), through the Athi Water service board recognized the role that Fresh Life Toilets is playing in improving the access to sanitation to people living in informal settlements. They received funding from AWF and collaborating partners to the tune of USD 4.7 million.

This example of moving sanitation in the right direction demonstrates how interwoven many of the issues we face in Kenya are; working towards solving numerous issues with one idea. Not only has the installment of clean toilets contributed to bringing better levels of sanitation to Kenya, they have also helped boost employment by targeting locals to run the facilities as well as providing sustainable organic fertilizer for Kenyan agriculture. To paraphrase a bit, this is how you kill two birds with one…flying toilet. 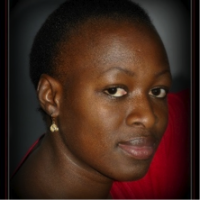 Lydia Limbe is a freelance features writer who is based in Nairobi Kenya and has covered different parts of Africa, including the Indian Ocean Islands.

Lydia started writing in 2012, and has since written various topics in Real Estate, Business, Environment, and Health as well as various lifestyle topics including Food and Travel. Lydia’s articles have been published on The Standard Newspaper, The Drum East Africa, Home and Living Magazine, as well as Ooska News. In addition to writing feature articles, the Maseno University Graduate of Communication and Media Technology also writes poetry, fiction and non-fiction, having taken several writing courses from the University of Iowa, Stunt Writing by Enid Jourdan and Writing for the Global Market from the Canvas Network by JER Online. In 2013, Lydia was a finalist for the Media Council of Kenya-Journalist of the year award in the Environment Print Category.