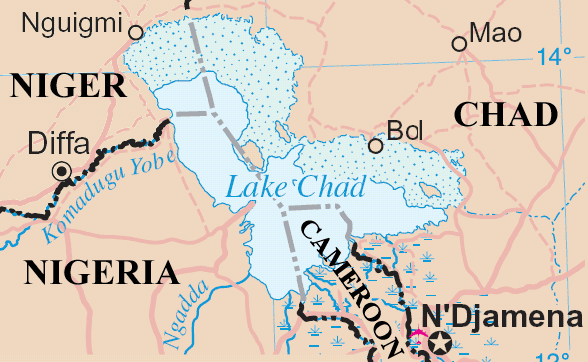 Reuters reported that two suicide bombers have blown themselves up just outside a Chadian army camp today. Security sources have blamed the attack on the Nigerian Islamist militant group Boko Haram. The group has expanded its reach into neighbouring countries.

An officer at the Kaiga Ngouboua base in the Lake Chad region said “the two kamikazes tried to get into the camp but were pushed back by the guard so they detonated themselves at the entrance,” he added that a person suspected to be an accomplice has been arrested.

No one else was killed during the time of the incident except for the two suicide bombers.

Late last month Cameroon announced they would deploy an additional 2,000 troops to the northern border shared with Nigeria. This brought the number of troops deployed in the area to around 8,500 to combat the militant Islamist group. The force was put together by Chad, Niger, Nigeria and Cameroon in a joint effort to suppress the ever-increasing attacks by Boko Haram. The command centre for the troops is set up in Chad’s capital, N’Djamena.