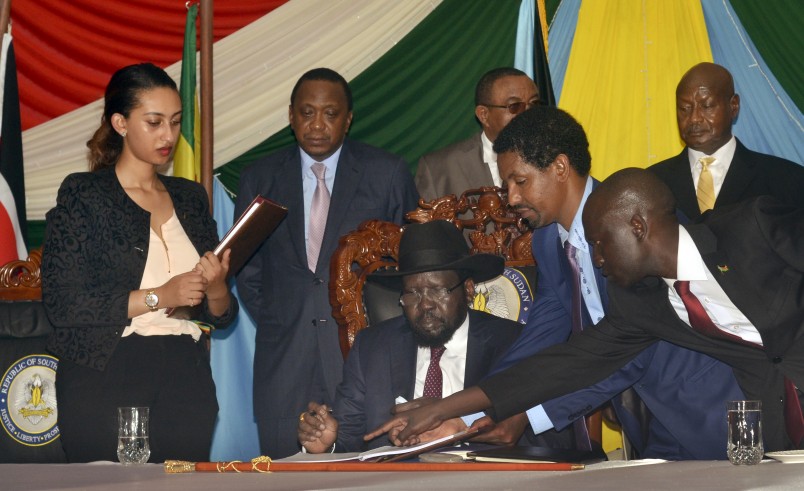 The signing comes more than a week after Kiir initially refused to sign the negotiated deal. A ceremony was held in the capital Juba and was attended by African regional leaders.

The presidents of Uganda and Kenya along with the prime minister of Ethipia attended the event on Wednesday. They were all involved in mediating the negotiations.

United Nations Security Council had threated to take immediate action by Wednesday if Kiir did not sign the agreement.

Al Jazeera’s correspondent, Anna Cavell, reporting from the capital, said that the agreement could be very important for the future of the country.

“However, some of the top commanders have split from [rebel leader] Machar, and they say the peace deal means nothing to them, so … it does not mean that it would end the fighting,” she continued.