Home>Commentary>Robert Mugabe is again driving Zimbabwe over the cliff: Why Washington and the IMF shouldn’t go with them
By Todd Moss and Jeffrey Smith - 11 September 2015 at 12:26 pm 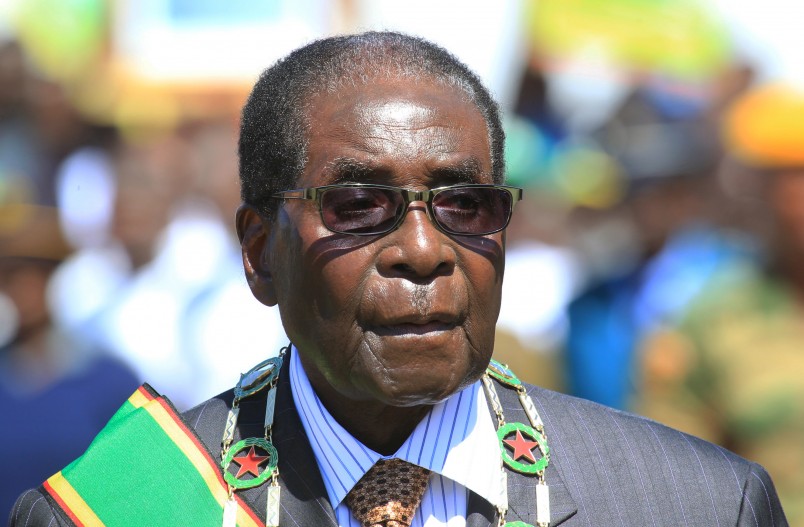 Robert Mugabe wants your money again. After years of failing to repay Zimbabwe’s staggering debts, repeatedly blaming the United States for its problems, and shamelessly courting China, the nonagenarian president is now seeking a rapprochement.

To be clear, this is the wrong time for Washington to embrace an aging dictator who has devastated his country for over 35 years. Do not let Mugabe’s recent charm offensive fool you: neither Zimbabwe’s economic policy or the country’s governance and human rights situation have fundamentally improved. If anything, Zimbabwe is getting worse.

On August 25, Mugabe delivered a State of the Nation address to parliament, his first such speech in at least eight years. At the podium, Mugabe made half-hearted overtures about “strengthening re-engagement with the international community” and pursuing “long-overdue reforms.” His brief and largely incoherent speech then descended into Alice-in-Wonderland territory: he bemoaned slow economic growth and the thousands of jobs that have been lost in recent months, only to recycle a 10-point plan of government interventions and investment. Local economists estimate that the plan needs at least $27 billion to succeed; yet the government is mired in debt and has been actively chasing away foreign investors for years. While the economics of the speech were ludicrous, the message was clear: Zimbabwe is in dire straits, and it needs help.

By no coincidence, Mugabe’s rhetorical change of heart coincided with a high-level delegation from the International Monetary Fund (IMF), which was in the capital Harare to review progress on a voluntary program. The so-called staff-monitored program is an informal agreement that provides a first step toward normalizing the country’s damaged relationship with creditors. Zimbabwe stopped paying its external debts in 2001, lost its voting rights at the IMF in 2003, and was close to full expulsion in 2006 until it started making token repayments.

In 2009, during Zimbabwe’s government of national unity—formed in the aftermath of another violent and stolen election— the finance minister Tendai Biti from the opposition Movement for Democratic Change, began the arduous task of re-engaging the international community and improving Zimbabwe’s badly damaged economy. Although the unity government ended after the July 2013 election—which was again marred by human rights abuses and electoral fraud—the Mugabe government continued to seek an IMF agreement in the hopes of gaining relief for the country’s $9 billion in external debt, of which $5 billion is in arrears.

Mugabe needs debt relief because he wants new loans. Lots of them. This is a delusion.

Mugabe and his inner circle might be forgiven for believing that the IMF would be open to serious negotiations. The Fund’s mandate, after all, is to help member countries when they are faced with economic crisis. Zimbabwe negotiated a new agreement in October of last year and will plausibly reach most of the technical targets. However, completing a staff monitored program is just an initial step on a very long road towards debt relief. And, unlike normal debt restructuring, where old loans can be rolled over into new ones, the scale of Zimbabwe’s arrears requires extraordinary amounts of cash. That means Zimbabwe or a benevolent creditor must clear the country’s arrears up front before any new lending can be expected. In the best of times, arrears clearance poses an incredibly heavy lift (see, for example, how long it took Liberia’s Ellen Johnson Sirleaf, which enjoyed major support from the United States). Since Zimbabwe doesn’t have $5 billion to spare, a major creditor would have to be thoroughly convinced that the country, and the Mugabe government in particular, was on a credible pathway to reform. Someone would have to be willing to make an audacious multi-billion dollar gamble on Robert Mugabe.

That’s a tough bet to make.

Zimbabwe was looking up during the unity government when finance minister Biti killed hyperinflation and instituted a cash budget. His ministry had managed to reinstate financial controls, allowing public services to recover and business confidence to improve. After eleven consecutive years of contraction, the economy once again started to grow.

That all changed after the July 2013 election when Mugabe’s ZANU-PF resumed control of all government ministries. Public policy once again became erratic and the economy began to wobble. After double-digit positive growth rates from 2010-12, Zimbabwe’s GDP slowed and will at best expand by 1.5% this year. Unless something drastic happens soon, Zimbabwe’s economy will likely fall back into recession.

The effects on Zimbabwean society from another economic collapse are devastating. Labor unions estimate that at least 30,000 jobs have been lost in the past two months alone, as the economy has continued on its downward spiral. The country of some 14 million people now has only 700,000 workers employed in the entire formal sector, half of which are in Mugabe’s bloated civil service. (The government’s payroll now gobbles three-quarters of the $4 billion budget.) An estimated 1.5 million citizens are expected to go hungry this year – this in a country that was once a net exporter of food – while nearly six out of ten children are currently suffering from anemia due to an overall lack of nutrition.

Zimbabwe’s economic turmoil has coincided with a fresh crackdown on the human rights community, a rise in political hate speech, and increasingly bitter political infighting as the succession battle within ZANU-PF escalates. Taken together, these factors raise the country’s risk of another major atrocity.

A prime example of the regime’s descent back into tyranny has been the case of Itai Dzamara. The outspoken activist has been missing since being abducted in broad daylight on March 9, an incident that bears all the hallmarks of an operation by the intelligence services. Local authorities have brazenly defied a High Court order to locate Dzamara. Diplomatic calls for a thorough investigation have been ignored. Ruling party officials have displayed caustic indifference, even declaring that the activist staged his own disappearance and is “enjoying life” abroad. Meanwhile, a family continues to grieve while fear has again spread throughout civil society.

It should come as no surprise that regimes that oppress their own populations and ignore the basic tenets of private property rights are more likely to have unstable economies. Conversely, transparent governments built on respect for human rights and the rule of law tend to foster environments that are conducive to a sound, sustainable national economy. Zimbabweans should not expect economic recovery while Mugabe’s heartless and economically illiterate junta remains in charge.

While international financial institutions like the IMF and the World Bank technically do not meddle in political issues, the shareholders of those organizations know better. Australia, Germany, Great Britain, the United States, and other leading economic powers are all aware that aid to clear Zimbabwe’s debts, or any new loans, ultimately come from their own taxpayers’ wallets. Any support that is provided to sustain the Mugabe regime will not accomplish much more than extend Zimbabweans’ suffering and delay the inevitable.

The IMF team visiting Zimbabwe will no doubt discuss narrow technical issues and economic indicators with finance ministry officials. But officials on both sides of the table will also know that their bosses will have politics at the forefront of their minds. Discussions over arrears clearance, debt relief, and any new lending will be an elaborate Kabuki theater. Each side knows that any promises made will not be honored while Robert Mugabe remains in power.

It is of course true that Zimbabwe and its people are hurting. The country is desperate for roads, healthcare, and jobs. Donors should continue to supply humanitarian aid directly to those most in need, ideally through trusted civic actors and grassroots organizations. But expecting widespread economic recovery to arrive at the hands of the very same people who have destroyed Zimbabwe’s economy is wishful thinking. Providing new funding to a government that has shown nothing but utter disregard for human rights and basic economic principles is nothing more than a recipe for more pain.

Mugabe and his ZANU-PF henchmen seem intent on driving Zimbabwe over the cliff. Washington should not go with them. 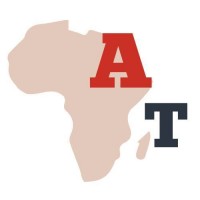 Todd Moss is senior fellow at the Center for Global Development and a former deputy assistant secretary of state for Africa. Jeffrey Smith is an Africa specialist at the Robert F. Kennedy Center for Human Rights. Follow them on Twitter at @toddjmoss and @Smith_RFKennedy.