Home>News>Zuma blames European leaders for on going humanitarian and refugee crisis
By AT editor - 16 September 2015 at 5:56 pm 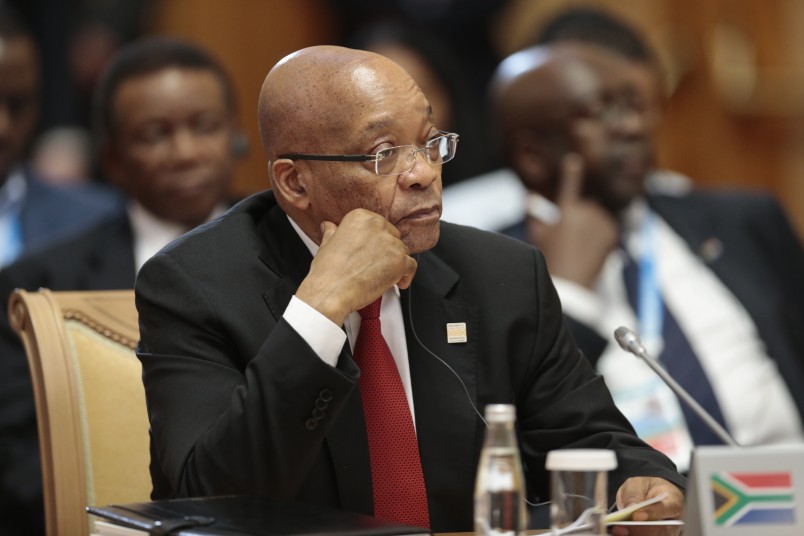 President Jacob Zuma of South Africa, yesterday, blamed European leaders for the on going humanitarian and refugee crisis due to the Syria conflict. He argued that the Western countries who played major roles in in the downfall of the late Libyan president, Muammar Gaddafi and the consequential major insatiability and conflict the country, should take responsibility.

“The situation in Libya continues to be of serious concern. As such, we fully support the UN-led political dialogue. We also commend Libya’s neighbouring countries for their role in the search for a solution in that country,” Zuma said.

“I’m sure it will be appropriate, our excellencies, to underline this point because you all recall that before the Arab Spring and before the killing of Gaddafi, there were no refugees fleeing or flocking to the European countries.”

Zuma reportedly deviated from the text given to the journalists and said “things were normal in the north of Africa”.

“It was the actions taken, the bombarding of Libya and killing of Libyans that opened the floodgates firstly for serious tensions and conflict in Libya and, therefore, their security was totally undermined as tribes fought,” Zuma said.

“The beginning, therefore, of the refugees, at least from the African side, was undermined by the triggering of the situation.”

“As people grappled with the problem of refugees, because we forget easily, we might think suddenly Africa might have a problem where the refugees are flooding Europe. What has happened?”

“So we lay the responsibility for what is happening in the countries of the Maghreb clearly in the hands of the leaders who were dictators and did not respect democracy,” Van der Geer continued.