Home>Commentary>AMISON end game in Somalia not in sight as Al Shabaab intensifies attacks
By Antony Langat - 28 September 2015 at 1:37 pm 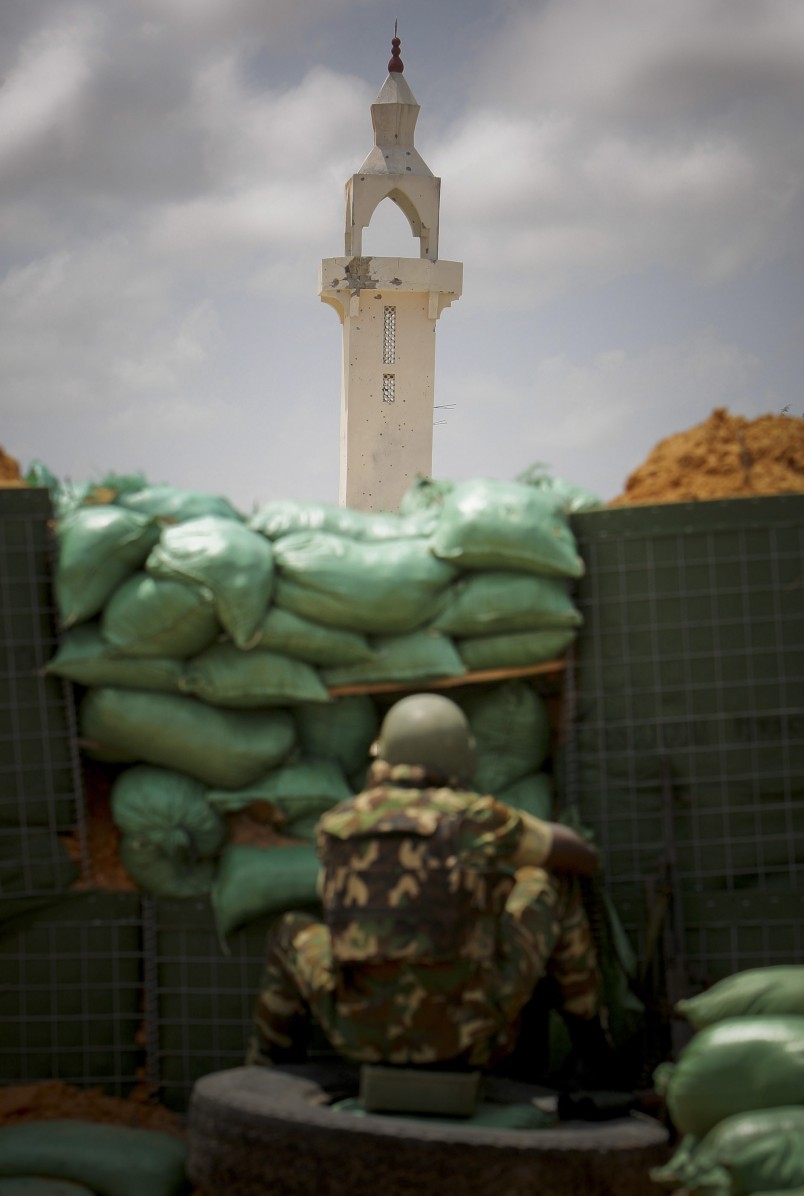 The African Union Mission in Somalia has made significant strides despite continued Al Shabaab attacks slowing its progress. However, after eight years in Somalia, it is high time that the AU made its exit plan known.

NAIROBI, Kenya—Six African countries are currently contributing troops to AMISOM’s military component to pacify the country of the Islamic militant group, Al Shabaab. The 22,126 strong force has been in the horn of Africa country for years now. Undisputable gains have been achieved by the mission ever since its start but this has however not been without setbacks. There have also been questions on the effectiveness of the mission and the existence of a definite exit strategy.

The President of Somalia, Hassan Sheikh Mohamud once asked in an interview how many more years AMISOM plans to be in Somalia. AMISOM is a noble idea to bring stability and peace to the horn of Africa country but an end game is inevitable. Does AMISOM have one?

Paul Williams, a Professor of International Affairs at the George Washington University wrote that AMISOM has five main challenges in Somalia. According to him, the challenges included the legacy of the “Black Hawk Down” episode of October 1993; the shadow of Ethiopia’s military campaign; the African Union’s capacity problems; the conflict environment in Mogadishu; and finding an appropriate exit strategy.

Legacy issues aside, the matter of the shadow of Ethiopia’s military campaign in Somalia was once held with skepticism within the AU. The legitimacy and effectiveness of its actions which included an attempt to forcibly install the Transitional Federal Government in Mogadishu was questioned. This was one in a long series of military incursions that Ethiopia ran aimed at degrading Islamist bases in Somalia.

Just recently, there were media reports that Djibouti had accused Ethiopia of having hidden agendas in the Somalia incursion though the Djibouti Chief of Defense later denied the reports terming them as false. The effectiveness of AMISOM is injured by such infightings and mistrust among troop contributing states.

A June 2015 Peace and Security Council of the African Union sitting agreed that Al Shabaab continues to pose a serious threat in spite of the progress made on the ground. Al Shabaab continues to reverse gains made in Somalia by carrying out attacks against government officials, security forces, AMISOM, UN and civilians. The latest of such attacks on AMISOM was in early September where 37 AMISOM soldiers, 12 of whom were from the Ugandan contingent were ambushed and killed in Janaale, Lower Shabelle Region. Some media outlets reported that the casualties were over fifty.

For the four years that the Kenyan contingent has been in Somalia, kidnaps and piracy by Al Shabaab have been significantly reduced in Kenya. Sporadic attacks in the country have however continued with the 148 students being killed in an attack in Garissa University in April this year. Though the Al Shabaab menace has not been dealt with conclusively and peace still elusive in Somalia, AMISOM has been making gains and its other components delivering impact projects to newly liberated areas.

The UN funds AU’s mission in Somalia. It pays the allowances of the 22,126 strong force and also the police and civilian components. This notwithstanding, the mission still faces challenges in other fronts. Last year, the then Acting Special Representative of the Chairperson of the African Union Commission (SRCC) for Somalia, Honorable Lydia Wanyoto Mutende told a visiting UN Security Council delegation that the mission operated with only a minimal maritime capability, and without dedicated maritime assets. Such limitations hinder progress and put the mission at a disadvantage. It delays the mission and the exit too.

It is almost eight years now since the mission begun and it is high time that the issue of an exit strategy is given priority. Speaking in a security conference at Chatham House in London in April this year, Dr Maman Sidikou the Special Representative of the Chairperson of the African Union Commission (SRCC) for Somalia and Head of AMISOM said that AMISOM has an exit strategy and that it is hinged on supporting Somalis to assume primary responsibility for their country. He did not however state exactly what the strategy was. This might be construed to be an absence of a definite end game.

The UN Security Council in July this year resolved to extend AMISOM’s mandate until the end of next year saying that the “conditions would not be appropriate for a United Nations peacekeeping mission in the country until the end of that year (2016), at the earliest.” This means that the UN peacekeeping mission might not be ready for deployment yet. Seeing as the UN has no army of its own, it will depend on countries to contribute to the peacekeeping force. It is not known as of now whether the current AMISOM military component will be pulled out in favor of a new UN peacekeeping force.

Dr. Sidikou pegs the exit on the success of the ongoing political processes including the formation of interim regional administrations for the envisaged federal states, the adoption of a federal constitution and the conduct of elections by October 2016. How the elections will be conducted will be a test not only of the determination of the existent political class to steer a new political path but also for AMISOM especially since elections will come before the UN peacekeeping force is deployed.