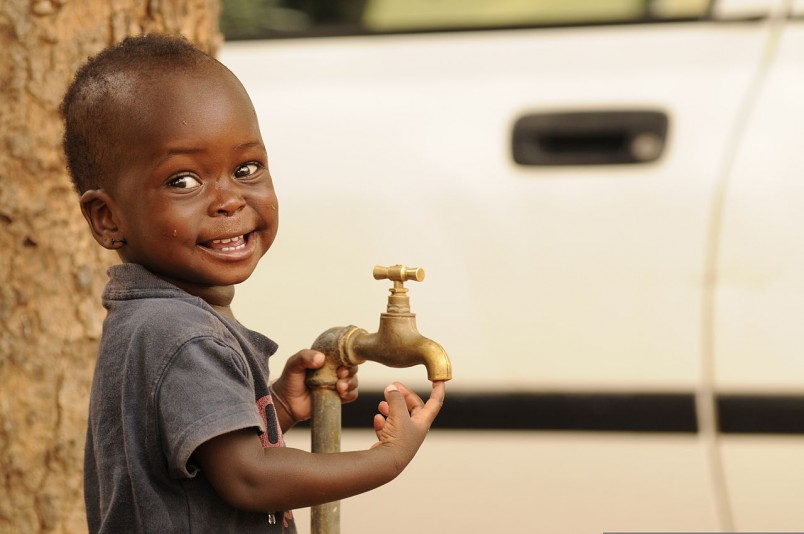 Paul Polman, the CEO of Unilever in an interview with Insead Knowledge argues that over consumption of resources presents a unique challenge to the world but resource scarcity can be a catalyst for radical innovation. To respond to this challenge within his capacity as Unilever CEO, he infused frugal innovation into Unilever’s core business strategy. Several companies including General Electric, Renault and entrepreneurs from third world countries such as India, China, Pakistan have all gone ahead to develop solutions to problems in different parts of the world.

Buoyed by successes elsewhere, African entrepreneurs’ are challenging resource scarcity often identify as the bane of development in the continent. The recent narratives show that more Africans are playing vital roles in this silent but steady revolution across the continent with solutions born out of share ingenuity and necessity. Young entrepreneurs harmed with better knowledge of the challenges are at the fore-front of value-sensitive designs and marketing strategies bringing previously luxury products and services within the reach of the poor and middle class families. Resource shortage formerly regarded as a weakness now constitutes an essential catalysts for the new sets of innovations and opportunities springing up in different parts of the continent. Here are 4 sectors Africans innovations are proving the long-term bet for solving ordinary people challenges.

Several billions of dollars of counterfeit drugs are sold around the world every year. According to the International Policy Network, 700,000 people die as a result of fake drugs globally every year with 1000,000 of the figure coming from Africa. Lax regulations and corruption in the supply chain are the key reasons the health sector remains the den of criminals especially in several African countries. After several failed attempts by the government to arrest the situation, Ashifi Gogo founded Sproxil incorporation to wrestle consumers from the counterfeit cabals. Sproxil develops one of the most inexpensive and accessible technologies- a 13 digit code SMS which enables consumers to verify drugs bought from pharmaceutical stores. The technology provides brand owners with complete, real-time, control of key events in their supply chain therefore successfully shutting out drug counterfeiters from imitating their products. The verification system is free for consumers. Consumers verify drugs authenticity with a punch on their mobile phone at no extra cost saving lives that would have been lost to fake drugs.

The ride sharing market is one of the foremost innovations in recent years with billions of dollars in venture capital funding. However, ride sharing remains the exclusive property of the elites and middle class. But in Uganda, a country with vast rural population, Wakabi promotes a frugal ride sharing scheme among the Ugandan’s rural dwellers. With Wakabi, the hitherto difficult last-mile distribution of farm produce and human transportation has become easy and efficient. Achieving this, the team did not create a new solution; it only develops an efficient way of transporting passengers and goods within the existing system popular called boda-boda drivers. In the absence of broadband infrastructure and limited penetration of smart phones, Wakabi technology allows users to request a ride through SMS on their mobile phones. The system then provides the users’ phone number to a nearby boda-boda driver who contacts the user to arrange the pickup and transport them to their destination.

Although Wakabi is not a Silicon Valley innovation or a billion dollar start-up and certainly with none of the media coverage enjoys by the VC funded start-ups, however, its intervention has raised the standard of living and ease of doing business among one of the most vulnerable population in the world. Apart from the have-nots, major businesses now enjoy a seamless and cost effective means to transporting farm produce from remote villages to cities across Uganda thanks to this frugal innovation. Wakabi has thus created a model which can be replicated in resource constraints third world countries that still grapples with transportation and infrastructure challenges.

From Kenya comes a start-up, Ushahidi, (a Swahili word meaning testimony) revolutionalising disaster management around the world. It is created as a response to the difficulties in gathering data in the aftermath of Kenya’s post election violence of 2008. Ushahidi is an opensource project which allows users to crowdsource crisis information to data centre via SMS and E-mail. As a citizen journalism platform, it collects eyewitness reports of violence by email and text message and archives them on a Google Maps therefore developing the largest database for crisis information. Since it started operations in 2008, Ushahidi has grown in leaps and bounds. The technology has been deployed in gathering eye witness data in several countries including the earthquake in Haiti and Chile, BP off-shore oil rig explosion amongst other major crisis around the world. The importance of this innovation could be seen by its financial and media supporters which include big brands such as Google, Omidyar Network, Conservation International, Al Jazeera, etc.

It is easy to forget that the world’s money transfer and micro-financing has its origin from Kenya. In a continent with millions of its population illiterate and with no banking relationship, Vodafone and Safaricom created the first micro financing service, M-PESA. M-PESA, an easy to use, secured and low fee mobile-phone based money transfer and micro-financing service has set the pace in teaching the world how to bank the poor formerly considered as the un-bankable. In Nigeria, Paga, a mobile phone based payment system bootstrapped itself to become the pride of retail banking therefore providing the needed banking services to the community which the big banks neglect. All kinds of payment including water, power, and cable TV subscriptions can be paid with PAGA agents that are scattered across the country. Not only that PAGA solve banking challenges to the unbanked, it also created thousands of jobs to Nigerians.

Unlike the elites and the rich focused innovations coming out of Silicon Valley, Africa innovations are geared towards solving the poor’s problems. The current phenomenon in Africa is driven by share determination to solve glaring challenges despite resource scarcity. Africa is booming with innovations that borders on affordability and accessibility. Do you still doubt Africa’s capacity to manage its affairs and influence the world? The next few years will change your perception forever.