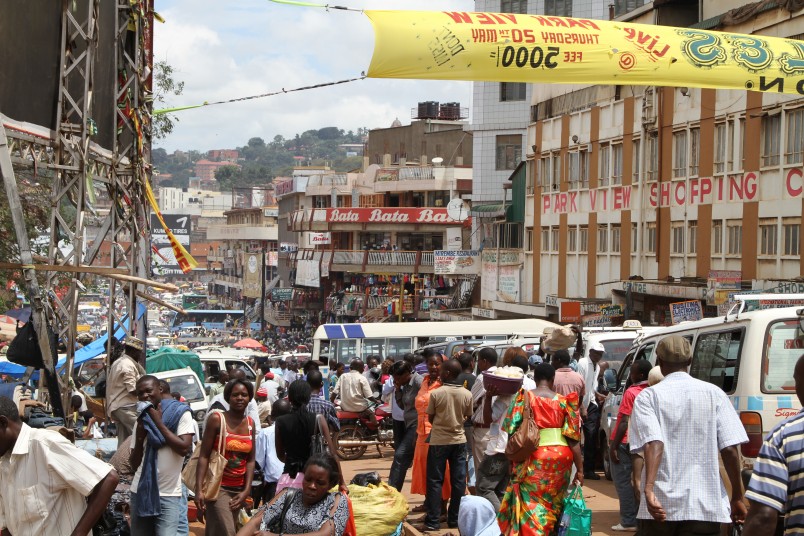 The Ugandan shilling’s dramatic slide in the last year is putting the economy’s growth prospects under pressure and may force a rethink among planners of how the economy is structured.

The difference, which represents a 40 percent loss of value for the shilling is behind the recent surge in inflation as importers raise prices to try to keep pace with plummeting shilling.

Contrary to popular opinion that has it that inflation is being fuelled by an alleged increase in expenditure ahead of next year’s crucial general election, the Bank of Uganda, the country’s central bank, has said it’s the falling shilling that is fuelling inflation.

Uganda’s annual inflation came in at 7.2 percent in September the highest it has been in two years. In October 2013 inflation was recorded at 8.1 percent.

In a recent interview the central bank’s director of research Dr Adam Mugume said that the shilling’s depreciation is being driven mainly by the small east African nation’s worsening terms of trade — it is fetching less for its exports while its import bill continues to rise.

This unhappy situation has not been helped by a strengthening of the US dollar globally, as the world’s largest economy pulls out of the post-global financial crisis slump.

The central bank said following the currency trends, they had anticipated a rise in inflation of up to 15 percent by December if they had not stepped into the market in April to put the brakes on the anticipated general rise in prices.

Weathering a storm of criticism from the country’s finance ministry and international aid agencies, when they started mopping excess liquidity in April when inflation was at 2.9 percent, the Bank of Uganda has been vindicated but concerns still abound.

The uncharacteristically heavy El Nino rains expected to come down in the last quarter of the year threaten to hurt food harvests and further fuel inflation.

At the end of the first week of October the heavens opened drenching the capital Kampala and much of the country’s major food baskets of central and western Uganda, hinting that the central bank’s worst nightmare might come true.

Already the economy’s observers predict that the central bank’s monetary policy committee due to seat this month will raise its policy rate yet again – it has raise it four times in the last year from to 11 percent to 16 percent.

These increases have had the knock-on effect of local banks hiking their lending rates, which can be expected to reduce lending, and by extension growth.

The central bank said that they see economic growth falling by 0.5 percentage points to the 5.2 – 5.3 percent from the earlier projected 5.8 percent on account of a slowdown in lending to the private sector.

A weakening shilling should be a boon to the export sector, which does not seem to be the case in Uganda, an exporter of mainly raw agricultural commodities.

Exporters lament that while they may be getting more shillings for the dollar this is almost cancelled out by the inputs into their process, most of which are imported.

As if that is not enough there has been a slide in commodities on world markets. Uganda’s key export coffee has seen its price fall 40 percent in the last 12 months.

The economic boom of the last 30 years, where the economy has grown by an annual average of six percent, has been based on increased foreign direct investment, growth in exports and liberalisation of markets.

The shillings collapse in the last year puts all these elements at risk, as multinationals show little to no growth in repatriated profits, export receipts continue to slide and further liberalisation is stalled for lack of new investment.

The silver lining to this is that the shilling’s woes might serve as the impetus for a move towards more value addition to Ugandan products, as they suffer less price fluctuations than raw commodities.

Only time will tell.