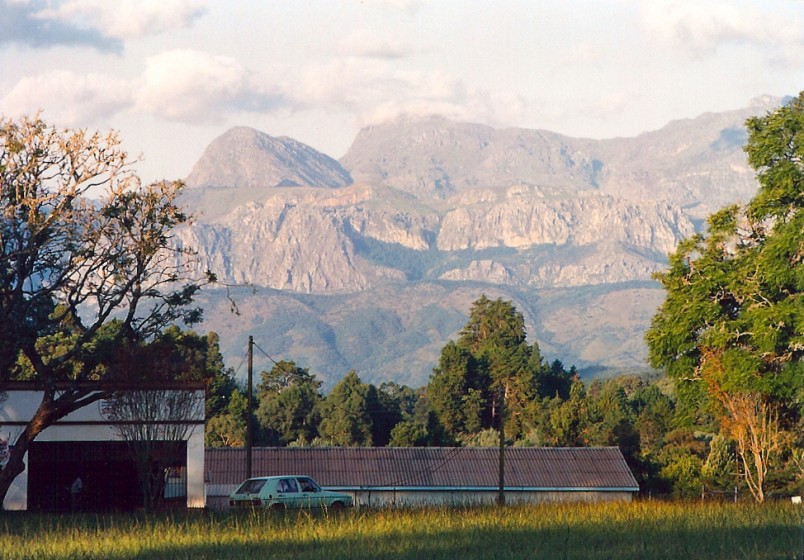 ZIMBABWE has been under the international radar for over a decade on many fronts, politics, human rights abuses and the economy.

However, international watches might struggle to pick up a signal over the Southern African country.

This is largely due to unprecedented power cuts leading six in 10 people have no access to electricity. The 386 670 km surface area country is experiencing punishing electricity cuts with consumers going without power for more than 20 hours daily.

Prior to the rollout of the tight load-shedding schedule which has seen electricity only available between midnight and the early hours of the morning when most of the users are asleep, shorter load-shedding periods of between five and eight on selected days for different areas where being implemented.

Electricity generation at the country’s anchor power station Kariba Hydro was cut by a third to 475 megawatts (MW) due to low water levels while coal-powered Hwange is producing about 578 megawatts from an installed capacity of 920 MW, with five out of six units in operation.

The national demand at its peak period is estimated at 2 200MW, whereas available generation of power is at about 1 000MW.

The country’s power utility company, ZESA Holdings, has said that they will potentially lose $25 million per month in revenue due to the unprecedented electricity supply crisis. According to ZESA’s Chief Executive Officer, Josh Chifamba, this translates an annual loss of $300 million. Until now the power company has been collecting about $60 million every month from electricity consumers.

To cover the power generation short fall, the ZESA has been importing electricity from regional power utilities, but this has not been enough to meet demand.Imports are currently only coming from Mozambique’s Hydro Cahora Bassa, which has been supplying a paltry 50MW, but on a non-firm contract.

Industrialists are feeling the pinch and have implored the government to protect their struggling businesses from further strain.

Industry lobby group – Confederation of Zimbabwe Industries (CZI) – posted on its website saying it has escalated its engagements with the government. “With the electricity supply situation getting worse, CZI is engaging ZESA and the Ministry of Energy and Power Development to find ways of mitigating the situation to industry.

“Some members, mostly those who do not have dedicated transmission lines to be on the ring fenced tariff have indicated that the load shedding was about to reach unsustainable levels,” said CZI.

Other stakeholders and economic analysts urged ZESA and the government to find a lasting solution to the power crisis which affects efforts to revive the economy.

Zimbabwe National Chamber of Commerce’s president, Hlanganiso Matangaidze, said: “We have been talking about rising labour costs in the country. We have a situation where people came to work and spend the whole day doing nothing because there is no power, especially in industrial areas.

“Those people need to be paid; where does the money come from if there is no production?”

With President Robert Mugabe’s government grappling with a debilitating economic crisis, the power crisis that has continued to dog the already desperate economic situation is likely to keep investors on the fence.

Economic analyst John Robertson said that the erratic power supplies had already done huge damage. “It is difficult to tell investors who want to come and set up their machinery which should run for 24 hours that they will not be able to do so because of power cuts.”

The government has begged mining companies, the nation’s biggest foreign-currency earners, to cut back power usage by 25%. Energy and Power Development minister, Samuel Undenge, made the announcement in Parliament.“Noting that there are some large users of power such as Mimosa, Unki, Zimplats, Zimasco, Zim Alloys, Afrochine, and others, these are to be asked by ZETDC (Zimbabwe Electricity Transmission and Distribution Company) to drop load by up to 25% on the basis of existing contracts.

“It would be up to these large power users to decide on which areas of their operations to load-shed. This is expected to yield 25 megawatts,” he said.

Zimbabwe has the largest platinum reserves after South Africa and also mines chrome, gold and iron ore. Other mining companies operating in the country include Aquarius Platinum Ltd., Metallon Corp. and Sinosteel Corp. The mining sector contributes more than half of Zimbabwe’s export earnings.

The Chamber of Mines of Zimbabwe, which represents large mines, said the state electricity firm has previously guaranteed mining companies that they would not face power cuts.

In July, Finance Minister Patrick Chinamasa halved his forecast for economic growth this year to 1.5% because of drought.

The economy is struggling to cope with foreign-currency shortages, high unemployment and deflation.

Power utility ZESA says it is negotiating with power utilities from the region and independent power producers (IPPs) to access emergency power but those supplies will only come on line next year. ZESA said there was no quick fix to the power crisis. In a statement on Friday, October 9 the company said, “Our new build projects come on stream in 2018 such that in the short term the only recourse we have is energy efficiency and procurement of emergency power, albeit at a very high cost.”

“We will continue to engage SAPP (Southern African Power Pool) utilities and other IPPs for any power imports that may become available.

“Discussions are taking place with some suppliers of emergency power to come into effect in January 2016.

“This power normally comes at a higher price but we will continue to negotiate for the best deal”.

The unprecedented drop in power generation announced by the country’s power utility, exposed the government’s ambitious economic blueprint, the Zimbabwe Agenda for Sustainable Socio Economic Transformation (Zim-Asset), to potential failure, with indications that its power generation targets were unlikely to be met.

The Chinese who have a huge presence in mega projects in the country have not been spared the blame. Engineers with ZESA working with Sino-Zimbabwe, a company contracted to construct two additional turbines at Kariba Dam to beat the country’s electricity woes, point fingers at the Chinese.

As the southern African country struggles to meet growing energy demand, solar and wind energy seems to be the alternatives as the country benefits from copious amounts of sun all year round helping to meet some of its power needs. The State Procurement Board has finally awarded three tenders for solar power projects with a combined output of 300 megawatts to three firms. The long awaited solar projects, each with capacity for 100MW. Once on board the power plants would feed into the national grid and could be a boost to industries.

Bhejane Nqobile Bhebhe is a Zimbabwe journalist based in the capital, Harare.

Bhebhe’s main focus is on political and economic issues. He has been practicing since 2000 and has worked for both state controlled and private media groups.