Home>African Future>President Paul Kagame and Rwanda: A beacon of hope or a pack of mirage?
By Erukilede Julius - 19 October 2015 at 4:51 pm 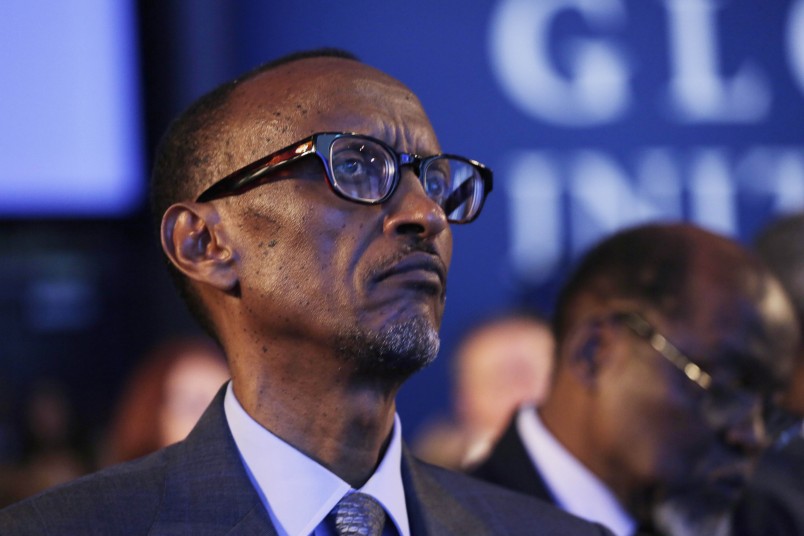 In Rwanda, the world witnessed one of the greatest man-made disasters in our modern history. Approximately 800,000 Rwandans lost their lives in the 1994 genocide leaving the country and the international community in disarray. But twenty years after, the narrative of Rwanda has changed. From a war torn country, it has grown to become a development success story. Its dramatic economic success in addition to the consolidation of unity and reconciliation between the Tutsi and the Hutu, are paving ways for sustainable growth. Nevertheless, critics maintain that the reality on ground defies the news emanating from Kigali and the needless political tension must be avoided if the economic gains of the last two decades will be sustainable.

Since the end of genocide in 1994, Rwanda has made important economic milestones. As parts of efforts to resuscitate its economy, Rwanda’s developed a development plan under “vision 2020.” The long-term development goal is geared towards transforming the country to a knowledge-based economy from its low-income agriculture-based economy, and service-oriented economy with a middle-income country status by 2020. This plan looks to be yielding results. Between 2001 and 2014, the real GDP growth averaged approximately 8% per annum growing the economy by 7% (year-on-year) in 2014. In 2015, the Africa Development Bank projects that the economy will grow by 7.5%. The agricultural and service sectors are growing providing jobs and revenue for the government. Public and private investments in energy infrastructure, roads, transport, security, healthcare services constitute a major force in driving the economy.

While most African states are notorious with their opaque business governance, Rwanda is different. Radical reforms by the government ensure turn around in the systems which make it easier for businesses to get credit, pay taxes, and register business. Doing business in Rwanda is easy. According to the World Bank, Rwanda is the second most business- friendly destination in Africa. The World Bank Doing Business report shows that businesses can be incorporated in a week. Unlike some countries in the continent, Rwanda sets a good example in its anti-corruption stand. Official corruption is low; Rwanda abhors corruption that blights its neighbours.

The strong economic records are also supported by social and political inclusiveness. In a generation, the tiny, landlocked country has lifted more than 1million people from extreme poverty. Life expectancy rose from 48 years in 2000 to more than 63 in 2012. The massive investment in infrastructure raised the standard of living of an average Rwandan and the number of middle class families. In 2012, it tops the global league tables for the percentage of female parliamentarians with 64% and 39% women parliamentarians in the lower and upper houses respectively over shadowing the world’s average of 22%. Deaths of under-fives have fallen from 203 per 1,000 live births in 1996 to 42 in 2015 and the country boasts of near-universal primary school enrolment. Are all these achieved in two decades? Yes, in two decades, Rwandans story is a turnaround from ruin to rebuild.

However, this amazing rebirth is largely attributed to the strong political will of President Paul Kagame, the rebel leader who halted the genocide. Since 2003 when he became the President, he remains Rwanda’s chief driver of development and a unifying symbol. But the successes in the economic front can only be sustained by building strong institutions and enthronement of democratic principles based on fairness and equity. Critics of the government have however pointed out that President Kagame is a threat to democratic institutions. Various international organizations reports also portray the government as autocratic, ruthless and a gross human right violator. His control of the state apparatus is weakening government institutions and suppressing freedom in the landlock country. Despite legal reforms, the independence of the judiciary in political or sensitive cases still remains a mirage. Thousands Rwandan’s have been detained unlawfully in police or military custody, where some have been tortured, illegally imprisoned for several days or ill-treated.

In the last decade, allegation of torture, imprisonment or/and outright elimination of political rivals and critics are on the increase despite government denials. But the signs of growing repression in Rwanda have grown more clearly in the last few years. For instance, when Colonel Patrick Karegeya, Rwanda’s former spy chief and one of government fiercest critics was murdered in a South African hotel, many people attributed his death as the handiwork of officials at Kigali. Curiously, the government’s reaction to his death confirms their suspicion. President Paul Kagame did little to distance himself from the killing. He fired; “Anyone, even those still alive, will reap the consequences. Anyone. It is a matter of time.” The Rwandan foreign minister followed-up with a tweet, “It’s not about how u start, it’s how u finish. This man was a self-declared enemy of my Gov & my country, U expect pity?” And the Rwandan defense minister remarked.“When you choose to live like a dog, you die like a dog.”

Some observers also contend that Rwanda’s rebirth is draped with many distortion and outright lies. The economic renaissance attributed to kagame has been described as largely overstated by the media and in connivance with foreign government. According to David Anderson, professor of African politics at the University of Oxford; “There has been a tendency in the media in North America and in the U. K. to treat Kagame with kid gloves.”

Beyond human rights abuse and overstatement of economic rebirth allegations, the rumoured third term plan of President Kagame represents a potential danger. In a country with such tragic history like Rwanda, a major political dissent can reverse the economic gains achieved in the last few years. But the country is attempting to amend the constitution. Already, the parliament has started the process to amend the constitution that would lift a two-term limit on presidential terms and potentially enable President Kagame to seek re-election in 2017. Unlike past policies and move with overwhelming supports both at home and abroad, opinions are divided on this controversial move. At home, the Liberal Party (LP), and the Social Democratic Party of Rwanda (SDP) have giving their support to the move but the Green Party (GP) has come out to denounce the amendment. Unites States, one of Rwanda’s ally and aid donor has openly denounced amendment of the constitution.

Although there are evidences that major actors in the Rwanda’s project will accept Kagame’s continuity but changing constitutions in order to favour incumbents is inconsistent with democratic principles anywhere in the world. It will set a wrong precedent in a country with a sour history like Rwanda. Extending President Kagame’s rule might secure Rwanda’s stability in the near term, but its long term effect may be devastating to the democratic institutions. While Kagame remains a symbol of unity, an icon of stability and an economic renaissance, amending the constitution may be a very risky gamble in the long run. Those who have economic and political interests in Rwanda may be in good terms with the administration in Kigali today, but if the table turns to the other side, are they ready to bear the consequences? Will they go for the Mubarak solution? Has Rwandan’s considered the long term implication of their actions especially in the post Kagame Rwanda?

I sincerely hope that the progress Rwanda achieved in the last 20years will serve as a solid foundation rather than being lost on the altar of recklessness and political naivety. Paul Kagame stands a chance to write his name among the African greats if he avoids the power drunk syndrome and hands over power smoothly to a democratically elected government in 2017. He should be committed to building strong institutions rather than the current strong individual that pervades the system. A leader without a successor is an indictment irrespective of the wonderful achievements of the leader. Two years is a long time to correct the many wrongs. Until when these happen, the entire social, economic and developmental achievements of the last two decades will be temporary! I pray that Kagame will not lose this opportunity.