Home>In Depth>Elections in Tanzania spelling danger for albinos in Kenya
By Antony Langat - 20 October 2015 at 6:16 pm 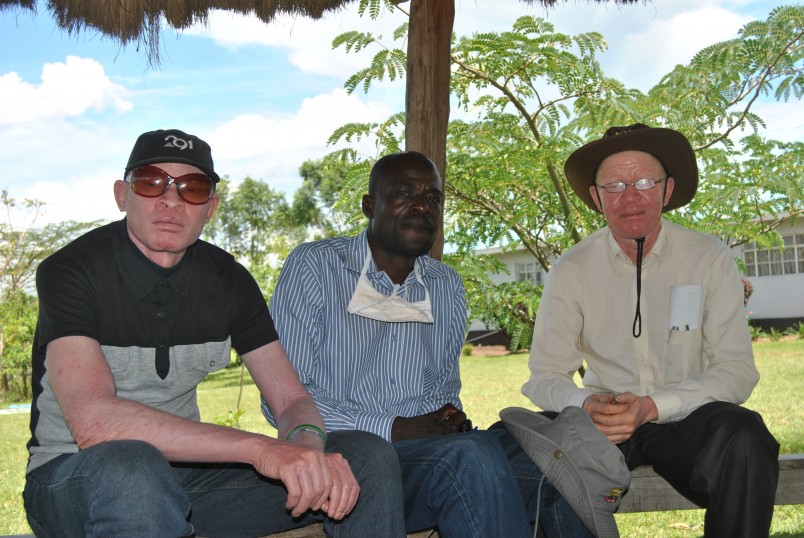 Kenyan people living with albinism are living in constant fear of being attacked for their body parts due to elevated threat levels since the Tanzanian elections campaign begun.

NAIROBI, Kenya— Since the campaigns for the forthcoming elections in Tanzania kicked off, albinos not only in Tanzania but also in Kenya have been living in fear of ritual attacks against them.

Despite a crackdown on witch doctors in Tanzania to curb the inhuman acts, the search for albino body parts during this electioneering period has crossed to Kenya and unsettled albinos living near Kenya’s border with Tanzania.

Attacks on people living with albinism in Tanzania have been occurring for a number of years now. In Tanzania, superstitions are deeply entrenched and the belief in witchcraft is largely normal. The use of albino body parts, especially arms, fingers or legs, in the making of charms is widespread. Witch doctors, referred to as ‘mganga’ sell the charms to their clients promising them wealth or luck in elections.

Dennis Makale, 46, a resident of the border town of Isibania has lived all his life knowing that he is different but election time in Tanzania has been particularly difficult for him. To him, death is ever lurking. “You never know what the next person’s intentions are. The demand for albino body parts is a lucrative business in Tanzania,” said Dennis.

Usually, businessmen seek the charms out in order to become wealthy. Dennis believes that some of the buyers of the charms are miners who mine for diamonds and other minerals in the mineral-rich country. “Witch doctors instruct the buyer to go and bury the charm in the mines so that he can get more minerals,” said Dennis.

During elections, the hunt for albino body parts usually rises in Tanzania, as political candidates look for lucky charms to get them elected to various elective posts. This year’s elections have not been any different with over 200 witch doctors who were linked to the attacks being arrested in March this year.

In September 2015, 56 year old Enock Jamenya was hacked on his arm and head by attackers who were aiming for his ear and fingers. Jamenya struggled with them and they fled though he later succumbed to his injuries. This incident and others in Kenya that have gone unreported have instilled fear among people living with albinism in Kenyan counties bordering Tanzania.

Collins Ombajo, a program officer at Albinism Society of Kenya said that as a society, they have identified Lungalunga and Isibania border points between Kenya and Tanzania as hotspots.

This has not always been the case however. Denis who has stayed in the border town for twenty years says that the attack on albinos started barely a decade ago. “I have heard that in the 80s and 90s, young children’s heads were hunted, then old men’s balding heads, then followed the skin of people with a dark complexion,” he said.

The demand for albino’s body parts by witchdoctors was always there in Tanzania though the demand goes up during elections. The attacks have resulted in 74 deaths in Tanzania since the year 2000 according to the United Nations. 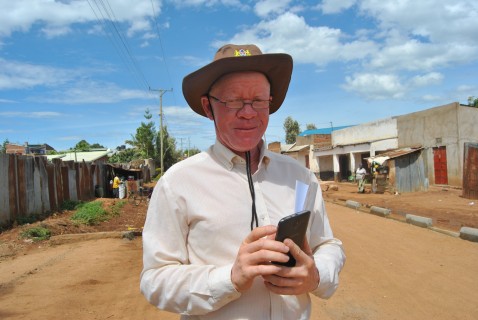 Jack Ogejo, an albino who lives in neighboring Migori town is a friend of . Plans to attack him have been hatched twice in 2009 and 2011 but they failed because word was leaked to him by his friends early enough. An albino friend of his from across the border in Sirare was unlucky though. “My friend was killed in the year 2010 in Tarime and his fingers taken,” said Jack. He could not go to his friend’s funeral in Tanzania because he said that would amount to walking to his own death.

Dennis also stopped crossing the border to Tanzania. He has been married thrice, and the first two times was to Tanzanian women. He interacts with Tanzanians on a daily basis in the course of his work. He repairs electronics for a living and used to ply his trade on both parts of the border. However ever since an albino lady he knew was snatched from her home in a nearby block of flats, he no longer crosses the border. Since that incident, he hasn’t gone to Tanzania for fear of being attacked.

Some albinos have had to flee the borders altogether. Ombajo said that most children have been taken to orphanages where they feel secure. Henny Childrens Home in Kilifi County has eight children with albinism between the ages of five and thirteen under its care. Eunice Mungai, the matron at Henny Childrens Home said that some children are brought by relatives who fear for the children’s lives. “Some of the children come from far off places like Kinango to seek refuge here,” said Eunice.

Despite the threat in Isibania, Dennis who was born in Mumias has never had the urge to flee the border town due to threats that abound to the life of an albino in Isibania. He is always cautious and takes his security seriously.

In Migori, people living with albinism have to always be alert. They can’t venture out late at night because the threat against albinos is high when it is elections time in Tanzania. In the past Dennis used to live in a rental apartment that did not have a gate and he was fine with it. The door to his house was made of timber and not strong enough to stop a break-in however. So when the albino lady he knew was killed and he heard stories from across the border of albinos being drugged at night clubs and others being snatched from the comfort of their homes, he decided to move into a gated rental block. “I do not take my security for granted. I wanted a place I could lock myself in, and if a break in happened, I will have time to call the police before they get to me,” said Dennis who has befriended local police officers for the sake of his safety.

Dennis now treats everyone with suspicion. He recalls a Tanzanian old man who once asked him for a handful of his hair in exchange for wealth. “He told me that why should I be poor when I could just give him my hair and get rich. I told him that I couldn’t do that and started avoiding him ever since then,” said Dennis.

No extra security has been offered to albinos in Migori County as a whole. Collins Ombajo, a program officer at Albinism Society of Kenya decried the lackluster nature with which the police handle the security of people with albinism. He cited the Jamenya’s case saying that the police started looking into the attack too late.

Dennis and Jack said that the government needs to do more to assure them of their security especially at the border so that they can go on with their lives like any other Kenyan. “I can’t go to Tanzania and be free to conduct business because I fear for my safety. I can’t even venture out at night without fearing for my life,” said Dennis.

Timothy Wekesa, a Director at Albinism Empowerment Network, siad people living near the boundary with Tanzania have fled their homes and sought refuge with relatives further away from the borders.

The Migori Police County Commander, David Kirui said, that although he agrees that there is tension among people living with albinism, there hasn’t been any report of an attack on albinos in the county. He said that the police are aware of the ongoing campaigns in Tanzania and are on alert and working in conjunction with their counterparts in Tanzania in case of any cross-border crimes, threats against albinos included.

The Chairman of Migori County Disability Development Forum (MICODDEF), Albert Matara, said that albino members of his organization are living in fear. MICODDEF has a list of 43 people with albinism in the entire county; a figure which Matara said is conservative. He believes that they could be more. “When we carried out a count on the number of albinos, it was difficult because families live in fear and have to hide their loved ones. They hold everyone with suspicion,” said Matara. As such MICODDEF can’t account for the safety of all albinos in the county because they do not know where all of them are.