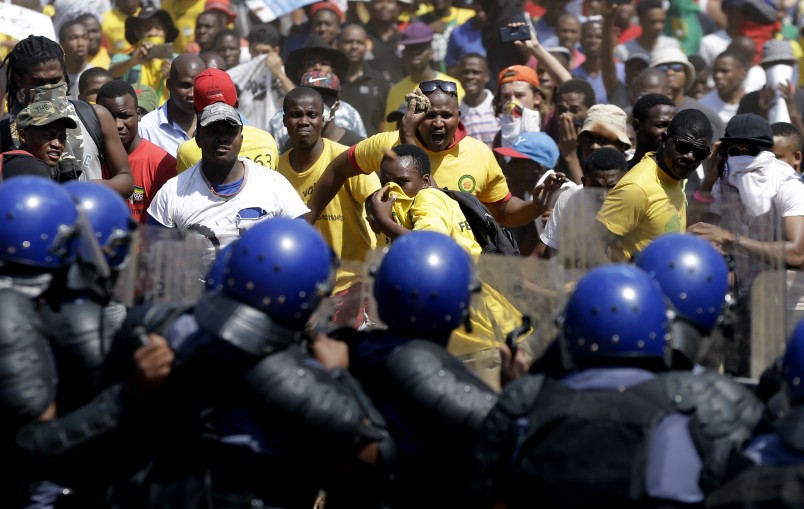 One of the major questions floating around African news today is what will be done with the major push for #feesmustfall. Students in South Africa have been protesting for days since the government announced they were going to hike up higher education fees in the country. Students protesting in such numbers have not been seen since the time of apartheid when students led the opposition to the apartheid regime.

This drew a massive reaction by South African students, protests and demands that if fees are not scrapped they will shut down all universities.

However, can the country cope with lowering the fees, will it simply cause the poorest people in South Africa to pay for those wealthier than them to go to university? This was the argument posed by Nicholas Barr when he was interviewed by The Conversation.

“‘Free’ is just another word for ‘some other sucker pays’. The more unequal a country, the more likely it is that university students are from better-off families. Financing higher education from taxation means that poorer people are paying for richer people to get degrees that will help to keep them richer and thus perpetuate inequalities,” Barr told The Conversation.

Perhaps Barr is right, The South African Institute of International Affairs reported that “dark force[s]” are at play in the South African economy. Things have not been performing as they should; predicted global and national economic growth is lower than expected; the country has high unemployment and considerable inequalities along with an inflated public sector and a devalued currency. So what is a country to do when its’ people are demanding something that seems impossible?

It will be interesting to see how the South African government and SASCO open dialogue together considering the obvious conflict and the current enfeebled economy.