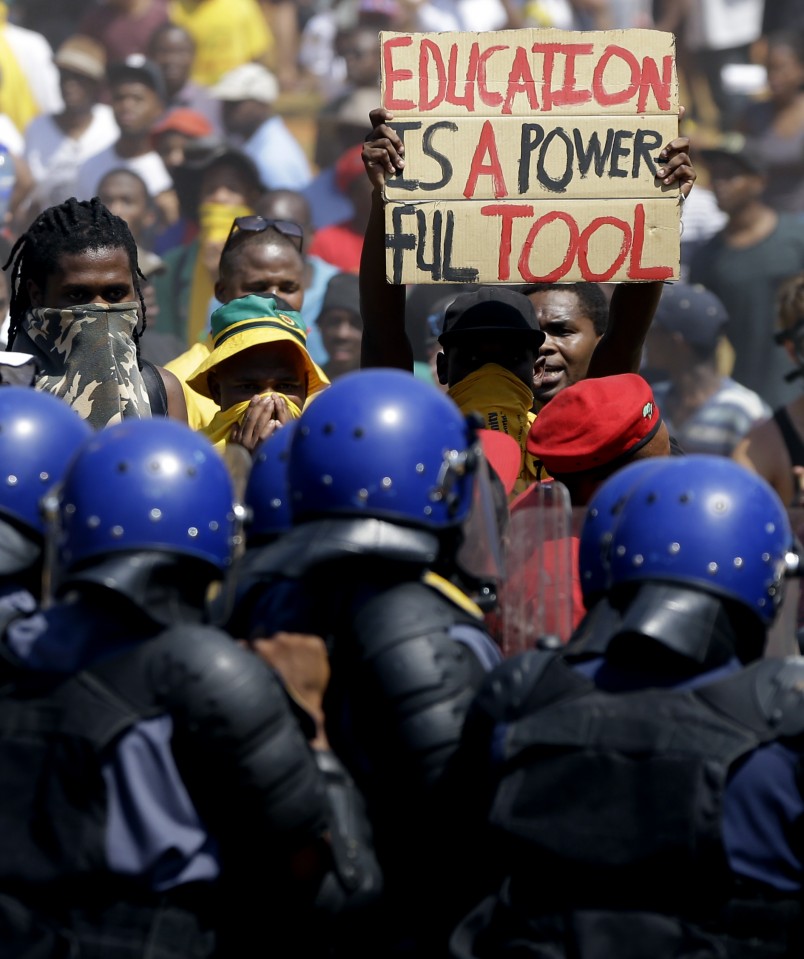 The #FeesMustFall movement protesting the 10-15 percent fee hike for the 2016 academic year for higher education intuitions in South Africa continue to snowball.

In over a week thousands of students have come together organising sit-ins and marches calling to freeze fee increases as well as protesting against the potential threat of financial exclusion for those who may not be able to afford university in the future.

Wits University said in a statement that their “students have decided to continue with their protest.”

“We are disappointed at their decision, as we feel that it will put in jeopardy the academic futures of many students who will not be able to pass or graduate. This will only further entrench and deepen the inequalities in our society,” the statement continued.

So far no compromise has been found, the students are still protesting and worries of how the country will cope if the fees do not increase considering the economic growth in the country, or the lack thereof. All one can do as an observer is to wait and see.