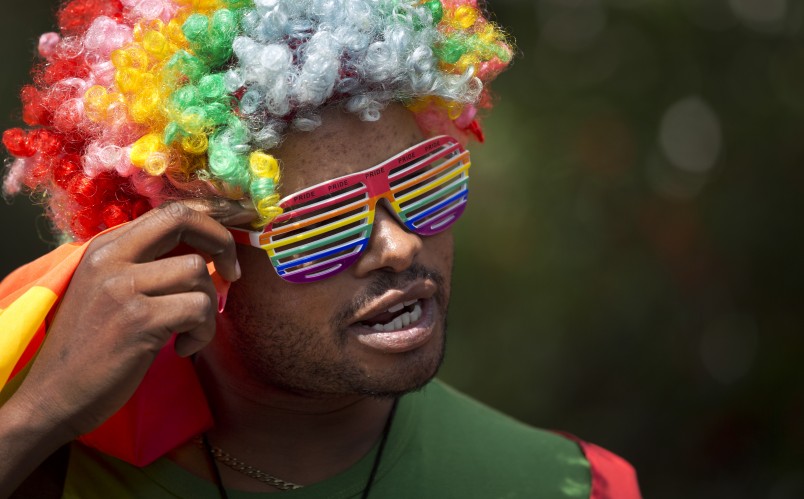 Public opinion is a major factor in harassment, discrimination and stigma against lesbian, gay, bisexual and transgender (LGBT) people in different African countries. Since LGBT activities are criminal and punishable by law in some states, members of the LGBT community live in fear and lack the freedom to express their sexual orientation publicly.

Glimson* (provided pseudonym) 30, from Kenya, says that he regrets the day he spoke about his sexual orientation to his peers during an HIV civic education session. “I spoke with so much innocence oblivious of the stigma I was exposing myself to,” he narrates. He adds that since that day, all of his friends turned against him with some even attacking him physically whenever a chance occurred. They called him “shoga” degrading a name commonly used in Kenya for men who have sex with men. He later had to relocate to a different town where he has never openly disclosed his sexual orientation.

While Glimson’s story may seem absurd, there have been cases of such antagonism against LGBT also in health facilities. Some LGBT people claim that as soon as health workers get to know their sexual orientation they are subjected to humiliation and disrespect. “This makes many of us fear to seek medical assistance in public health facilities since whatever the illness, the health workers will always associate it with our sexual orientation,” laments Glimson. He adds that fear of being accosted by irate members of the public or the health workers and handed over to the police for prosecution pose a big threat to the LGBT people.

The Kenya AIDS Response Progress Report 2014 estimates HIV prevalence among men who have sex with men as 18.2% almost three times more than the rate in the rest of the population. These estimations show the need for more intensive health care among the LGBT community in contrast to high hostility against the community. Interviewed members of the LGBT community noted that though they decline to visit public health facilities, the private facilities are way too expensive for them. This may also contribute to the high rates of HIV new infections and subsequent opportunistic infections among the LGBT community.

The report moreover, points out that the number of men who have sex with men and have multiple sex partners is higher than that of women. Hopes to reduce HIV infections may not be met in the near future unless LGBT people are treated with due respect and encouraged to seek medical attention should they get ill whether they have a sexually transmitted infection or any other illness.

Religious leaders have been on the front line in support of criminalizing LGBT people with some saying that LGBT is taboo and is a topic that does not call for discussion. The president of Kenya, Uhuru Kenyatta while hosting the US president, Barack Obama in Kenya this July dismissed the LGBT issue as “no issue” regardless of the government’s effort to reach zero new HIV infections by 2030. Addressing the LGBT community seems to be an obvious way to help reduce new infections.

In a letter to the US president, the clergy reiterated that homosexuality is against African culture and that Obama should respect it being from African origin himself. Bishop Mark Kariuki of the Deliverance Church was quoted as stating categorically: “we are asking him to respect the morals, the faith, and the culture of Kenyans.”

Grace* 25, a Kenyan sex worker who has sex with women living in Kenya’s Mombasa city, says that religious congregations can rightfully term LGBT issues as sinful if doing so makes them feel better but they should not criminalize it. “As long as the two same sex parties have consented to have a sexual relationship, it doesn’t make sense how that is criminal unless it is forced,” she argues.

But in Kenya, LGBT activities are not only a taboo but are criminal offenses. Homosexuality, for instance is defined as “having carnal knowledge of any person against the order of nature” in section 162 of the penal code and attracts a jail term of up to 14 years. The government of Kenya clings onto criminalizing LGBT activities despite being a member of the International Covenant on Civil and Political Rights for 43 years. The government maintains that the LGBT community is against its cultural and religious beliefs and the majority’s opinion is against its legalization.

Research carried out in Australia revealed there has been a decline in LGBT accessing medical services in recent years. This is an indication that discrimination against the LGBT community is worldwide and calls for urgent response. The 2015 international development agenda “leave no one behind” may lose its meaning if the LGBT community continues to be exposed to discrimination and ridicule because of their sexual orientation.

If the religious sector would address LGBT strictly from a religious point of view, then perhaps the discrimination would lessen. The difference between sin and crime would be defined giving the LGBT people a right to choose for themselves whether to embrace their sexual orientation or not. But if it is addressed as a crime, the LGBT people are left with no option but to secretly engage in the same sex activities or ace the law. 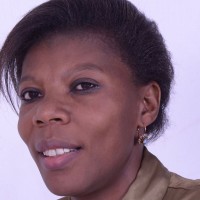 Lucy Maroncha is a Kenyan freelance journalist based in Nairobi, Kenya.

She has more than 15 years experience in print and online reporting and editing for both local and international media outlets. Lucy has worked for Kenya’s main daily newspapers and also does many media-consultancies for magazines. She is a passionate health writer with a special interest in writing about marginalized groups. Lucy is a candid HIV activist and advocate for the rights of sex workers and the LGBT community. She enjoys public speaking engagements and any opportunity to present a positive bias on issues affecting marginalized groups.