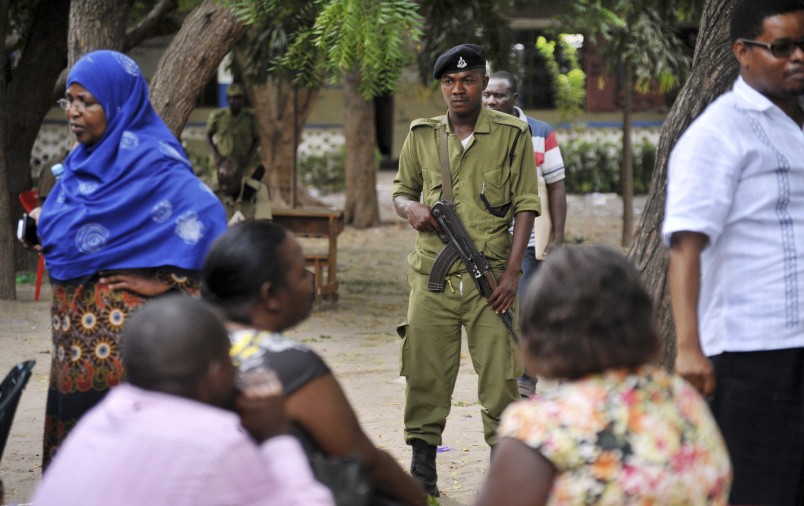 Dogged by suspicions of planned rigging way before the poll date, fears of poll violence and an electorate seen as intolerant in its first really competitive elections, Tanzania seems to have taken a new turn.

NAIROBI, Kenya— Tanzania’s 2015 general election has been described as different from other elections held in the country since multi-party politics were reintroduced in the country. The European Union’s observer mission in Tanzania has termed it as the most competitive yet and civil society leaders have observed that the electorate is generally publicly intolerant with a tendency to turn violent.

In the past few months as campaigns heated up and October 25th neared, the island of peace waked from its slumber to an aggressive hub of political competition more akin to its fellow East African Community partners.

With the current opposition claims of rigging coupled with the nullification of the election in Zanzibar, a semi-autonomous region of the republic, the civil society leaders warning could be right.

The tight competition between the ruling party CCM’s John Magufuli and Chadema’s Edward Lowassa changed when the National Electoral Commission announced results on Wednesday showing Magufuli in the lead beating Lowassa with more than a million votes. After this announcement and the nullification of elections in Zanzibar due to irregularities, Lowassa called for the nullification of elections in the mainland too. Lowassa said that he had enough evidence to show that there was rigging in the elections. “Most of the results being released are false and have been purposely prepared to give victory to the CCM candidate John Magufuli,” said Lowassa.

Chadema has throughout the campaign period claimed there were plans to rig the elections. In September, CHADEMA’s national chairman Freeman Mbowe said that National Electoral Commission (NEC) was planning to rig the election. The party’s spokesperson, Tumaini Makene said that they had asked their supporters to “stay at the polling stations and guard their votes from being stolen.” The electoral commission had at the time felt that the same could cause violence.

Prior to the election date, the Tanzanian police were working towards not only maintaining peace at the polls but also the country’s status as a citadel of peace in the region. Unlike its neighbors on all boundaries, Tanzania has not undergone a single spate of politically-instigated violence before, safe for isolated occurrences in Zanzibar.

On Election Day, Makene said that there were marked ballot papers seen outside some polling stations and in a press conference a day after the elections, Lowassa also claimed unfairness in the announcement of results saying that the electoral body was giving priority to announcement of pro-Magufuli results and hence “psychologically weakening Ukawa supporters.” Damian Lubuva, the National Election Commission’s president denied any partisanship saying that results were announced as they came.

Kenya, Tanzania’s neighbor to the north had a similar case in its last elections. Though largely peaceful, the opposition claimed that the election was rigged. Cord, the opposition coalition went to court to dispute the election results but the Supreme Court ruled in favor of the Jubilee Coalition as had been announced by the Independent Electoral and Boundaries Commission. Whether the current stalemate in Tanzania will head to the courts will be known in due time. The electoral body has since stated that the elections will not be nullified based on the nullification of Zanzibar’s election.

As the opposition raised alarm over the ruling party’s alleged plan to rig the elections, the ruling party warned the opposition not to incite the electorate to violence amidst reports of a potentially violent electorate. While denying knowledge of any plots to rig, the electoral body also cautioned against violence. This begged the question, has Tanzania’s electoral behavior slowly morphed into one of rigging and civic intolerance?

Lubuva had in September said that the electoral body had received information that certain political parties were preparing to give military training to more than 1 500 youths in order to cause trouble during the elections. In October, with a few days to the polls, fears of poll violence were evident and President Kikwete warned against it. He accused the opposition of stoking unrest and promised that anyone found to be causing violence during or after elections will be dealt with.

Some civil society leaders had warned of likely violence during and after the elections saying that reported cases of violence was a pointer towards a violent poll. The police spokesperson, Inspector Advera Bulimba refuted the claims saying that even though there had been sentiments of some people planning to cause violence at the polls, there was no need for alarm. She told Africa Times that the police were on the lookout for people who are thought to be planning to cause violence. “It is our job as the Tanzanian police to ensure that there is a peaceful election process and that Tanzanians go back to their normal lives after the elections,” said Bulimba.

There were riots in Zanzibar after the CUF candidate Seif Sharrif Hamad announced himself as President of the semi-autonomous region before the results were officially announced. This caused riots in the island though security was later tightened and normalcy returned. The elections were later to be cancelled, something which might cause further tension. The Citizen on Wednesday reported that Zanzibar Electoral Commission Chairman Jecha Salum Jecha nullified the elections in Zanzibar over irregularities.

In the mainland 100 CCM supporters were arrested Wednesday for burning a government building in protest when their civic candidate was defeated in Moshi, in the northern part of the country. Of the 191 youth were arrested by police in Dar es Salaam, eight of them were arraigned in court on charges of publishing false election results. Lowassa decried the arrest of the youth whom he said were “manning tallying centers” in two stations in Dar es Salaam. “They were all young people committed to playing a critical role in shaping their country. Their rights have been infringed,” he said.

As Kisuke Ndiku, a Peace Practitioner in the Greater Horn of Africa writes that intolerance is not new in Eastern Africa but is new to Tanzania. He said that Tanzania is learning from its neighbors and having been dominated by one political party for long, intolerance has grown slowly over the years. “After the regime of President Benjamin Mkapa and President Amani Abeid Karume, new dynamics in society have grown stronger shaping new types of intolerance that verge into violence,” said Ndiku.

With claims of rigging and cases of violence, Tanzania seems to be slowly slipping into a state of political and civic intolerance and shedding its tag as a bastion of peace in the politically volatile Africa’s east. Though democratic, the advent of tight political competition in the presidential race in the country seems to have stoked the fires of intolerance. Claims of rigging, election irregularities, the nullification of elections in Zanzibar and reports of riots might take away Tanzania’s pride in a region where elections are rigged and violence is a norm.