Home>African Future>Taking stock of progress in the battle to end malnutrition in Africa
By Mohamed Ag Bendech - 30 October 2015 at 5:25 pm 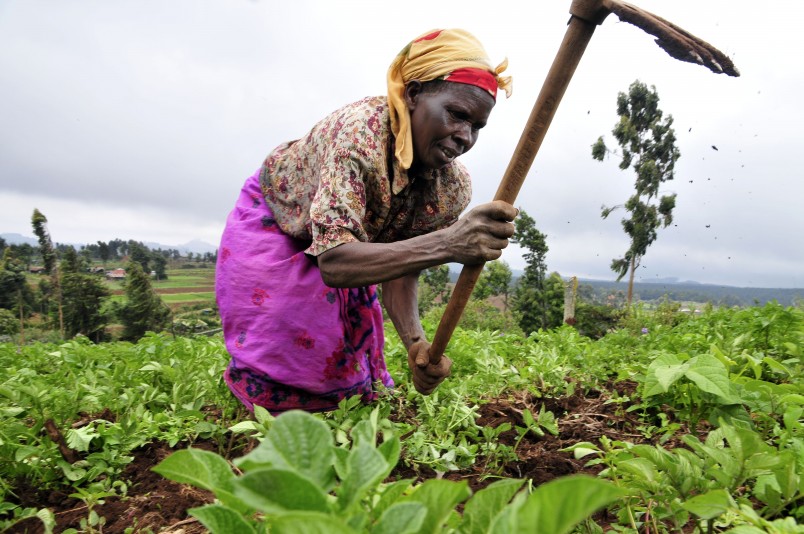 The African Day of Food and Nutrition Security 2015 is an opportunity to assess progress in a drive that is critical to the continent’s long-term development.

This week Kampala, Uganda has been a hive of activity, all geared towards meeting Africa’s nutrition challenge. The Africa Day of Food and Nutrition Security (ADFNS), an annual commemoration under the auspices of AUC and NEPAD, is an important rallying point to assess progress, and then intensify political commitments towards cutting and eventually ending malnutrition on the continent.

This year’s event comes at a time when we have never known more about malnutrition in Africa and what to do about it, thanks in part to initiatives such as the Global Nutrition Report (GNR) its 2015 Africa Brief, launched by Honorable Prime Minister of Uganda during the 2015 edition of Africa Day for Food and Nutrition Security. The Report, which collates key nutrition indicators from across the world, shows that strides are being made in some African countries, but others lag behind. In no way can we underestimate what still needs to be done.

The incentives for tackling malnutrition in Africa could hardly be stronger. Recent research has shown that in low and middle-income countries, every dollar that is invested in nutrition returns $16 to society. This may seem to be a staggeringly high rate on first glance. However, when nutrition status improves, it leads to a host of positive outcomes for individuals and families. When you begin to think of these benefits at the micro level and then scale them up, the great opportunity to improve millions of lives becomes apparent.

Good nutrition is the cornerstone for human development, and is central to meeting our full potential. Many more children will live to see their fifth birthdays, their development will suffer less disruption, and they will gain in height, weight and strength. They will learn more in school because their brain function is not impaired. As a result of this positive early environment, as adults they will have better jobs and get ill less often, with all the wider economic benefits that this entails.

The other side of the coin, where children do not receive adequate nutrition, means squandered human potential on a huge scale. For example, the AUC/WFP has estimated that Malawi loses out on 10% of its potential GDP every single year as a consequence of stunting. The much vaunted ‘demographic dividend’ that Africa is set to enjoy as the continent – with the world’s largest productive workforce by 2040, according to the AfDB – could fall flat if the new generation’s potential is impaired through malnutrition.

The scale of Africa’s nutrition challenge remains massive. The GNR 2015 Africa Brief shows that 58 million children under age 5 are too short for their age (stunted), 13.9 million weigh too little for their height (wasted) and 10.3 million are overweight. In Democratic Republic of the Congo, Ethiopia and Nigeria, for example, the percentage of children under 5 who are not stunted or wasted are in the minority, ranging between 43 and 48%. At the same time, 8% of adults over 20 in Africa are obese, and adult obesity is on the rise in all 54 African countries (2010-2014).

The good news is that while Africa will face many challenges in the coming decades, malnutrition should be one that we can overcome. Many of the indicators are encouraging. For the three targets relating to children under 5—stunting, wasting, and overweight—the share of African countries that are on course increased between 2014 and 2015 . Progress on stunting is particularly noteworthy: the share of countries with data that are on course to meet the target rose from 6% to 18%.

More specifically, in Tanzania the rate of child stunting has fallen from 44% to 35% in the last ten years. In Uganda, the rate has fallen from 48% in 1988 to 34% in 2012, and is dropping at roughly 2.5% per year, but this well below the required rate to hit its WHA target by 2025. Outside Africa, countries that are determined to make rapid advances, such as Colombia, Vietnam and Vanuatu have already shown how quickly change can be achieved.

How did those countries do it? We don’t know definitively, but the common denominators highlighted by the 2015 GNR have been strong and long term political commitment; a supportive context with notable poverty reduction; improvements in women’s empowerment; improved and diversified food supply; greater access to improved health, water, and sanitation facilities; and improved performance of specific nutrition practices and programs. The Africa Day of Food and Nutrition Security is an opportunity to remember that while the scale of the challenge is large, through improvements in nutrition we can turn the challenge into a great opportunity. 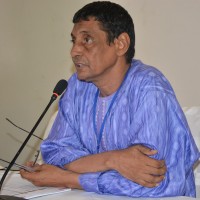 Mohamed is currently working with the FAO Regional Office for Africa as Senior Nutrition Officer.

In this position, he is in charge of technical support on nutrition and food security to regional institutions, sub-regional offices and countries as well as ensuring that nutrition issues are integrated adequately in the work at sub-regional and at country level and well integrated in the national programmes of food security and agriculture. He is also a member of the Independent Expert Group for the Global Nutrition Report.