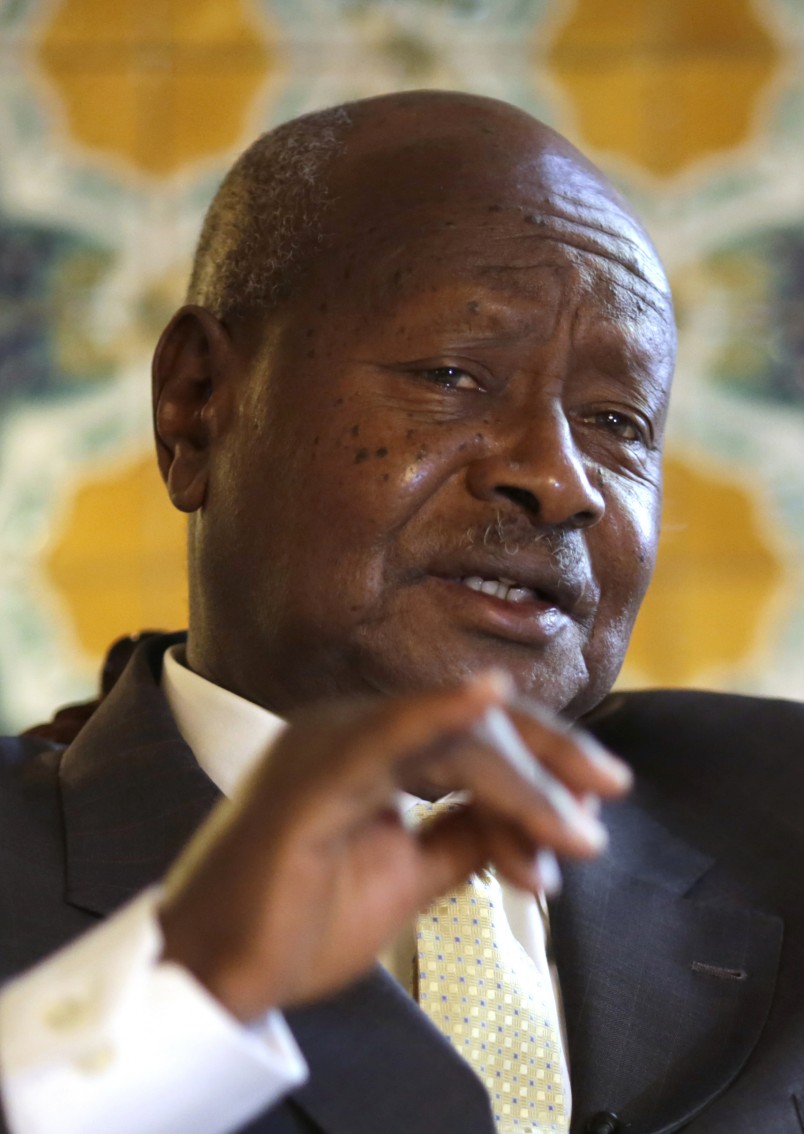 At the end of the two-day nomination process in Uganda’s capital, Kampala on Wednesday, it is clear that a three-way race for the presidency is on the cards, an unfamiliar situation that promises some tantalising outcomes.

President Yoweri Museveni, the wily veteran going into his fifth presidential bid, lines up against erstwhile right-hand man and backroom operator Amama Mbabazi, on one hand and Dr Kizza Besigye, the barroom brawler who has lost to Museveni in his last three campaigns, on the other.

Museveni is running on his record, having shepherded the small east African nation from being a basket case when he took over in 1986 to one of the most vibrant economies on the continent, averaging six percent economic growth annually over the last two decades.

The main thrust of his opponent’s campaigns would be that Museveni has lost direction, now overseeing an increasingly oppressive regime, failing to spread the economic gains more evenly and reneging on past commitments to step down form power a decade ago.

In the last four presidential polls in the small East African nation, Museveni has beaten opposition rivals handily, tallying more votes than the rest of them combined. His best showing was in the 1996 elections when he garnered 75.5 percent of the votes cast while his worst show was in 2006 when he won 59.26 percent of the vote.

Besigye, broke away from the ruling National Resistance Movement (NRM) in 2000 to challenge for the top office in the land in 2001. He has come runner up to Museveni in all three races.

Former Prime minister and Museveni’s long-time wingman, Mbabazi is an unknown adversary, having only declared his ambition in June this year. An attempt to wrestle the chairmanship of the ruling party from Museveni was squelched before it took off forcing Mbabazi to run outside the party.

This election sees for the first time the pre-independence parties – the Uganda People’s Party (UPC) and Democratic Party (DP) fail to field a candidate and cements the fact that the NRM so dominates the political space that only its renegades can field a credible challenge against Museveni.

In 1986 when Museveni took power at the head of a rag tag guerrilla army he set about growing and consolidating political power by co-opting members from existing parties into his government and  banning political party activity. For 20 years elections were contested between individuals without sponsorship by their respective parties.

The reintroduction of multi-party democracy in 2005 found the NRM fully entrenched and the older parties scrambling to resuscitate their networks and scratching for relevance.

Mbabazi was at the forefront of dismantling the old parties’ hold on the population by virtue of his many roles as a spy chief, security and defence ministers over the last three decades.

By managing to fill a local stadium, despite a heavy downpour, with his supporters in a campaign rally after he was nominated by the Electoral Commission on Tuesday, Mbabazi muscled his way into the public perception as real contender for the elections which will be held in March next year.

According to Ugandan law, a candidate needs to win 50%+1 of the popular vote to win out right. A simple majority would necessitate a run off with runner up to determine the president elect.

Despite Museveni’s previous decisive victories a three way race observers believe may deny him the 50+1% needed to prevent a run off and make him vulnerable as opposition supporters and fence seaters come together to vote against him.

For opposition strategists this is the next best thing following a failure to merge the runs of Besigye and Mababazi, an attempt that was being brokered by former UN secretary general Kofi Anan.

Meetings in Kampala, Kenya and the UK ended in stalemate, reportedly because Besigye refused to step down from Mbabazi. Besigye argued that he has built up a network of supporters in ten years of challenging Museveni, while Mbabazi has no real clout apart from some rumoured support all across the country and sacks of money.

Besigye has protested that his the three prior contests were stolen and in a huff after the last one had promised never to challenge for the presidency again. Going back on his word has split the opposition and his Forum for Democratic Change (FDC) party.

The NRM is putting on a brave face, its officials claiming this will be business as usual.

This poll also is important because going by the constitution Museveni, 71, would not be eligible to run again in 2021 because he would have exceeded the 75 year age limit for presidential candidates. His challengers Besigye, 59 and Mbabazi, 66, would stand out as frontrunners at the next polls.

And that is what observers are saying is Mbabazi’s end game in this campaign to distinguish himself as first among equals in the NRM, whose membership he has not renounced and pave way for stronger push in 2021.

For Besigye a loss now maybe the death knell of his presidential aspirations as already there is a lot of muttering about his latest campaign and key allies have deserted him to support Mbabazi.

The next few weeks until polling day in February or March promise to have Ugandans on the edges of their seats with the outcome not looking like a forgone conclusion currently.