Home>Commentary>Malawi Government erred on the oil and gas exploration deal
By Owen Nyaka - 6 November 2015 at 11:30 am 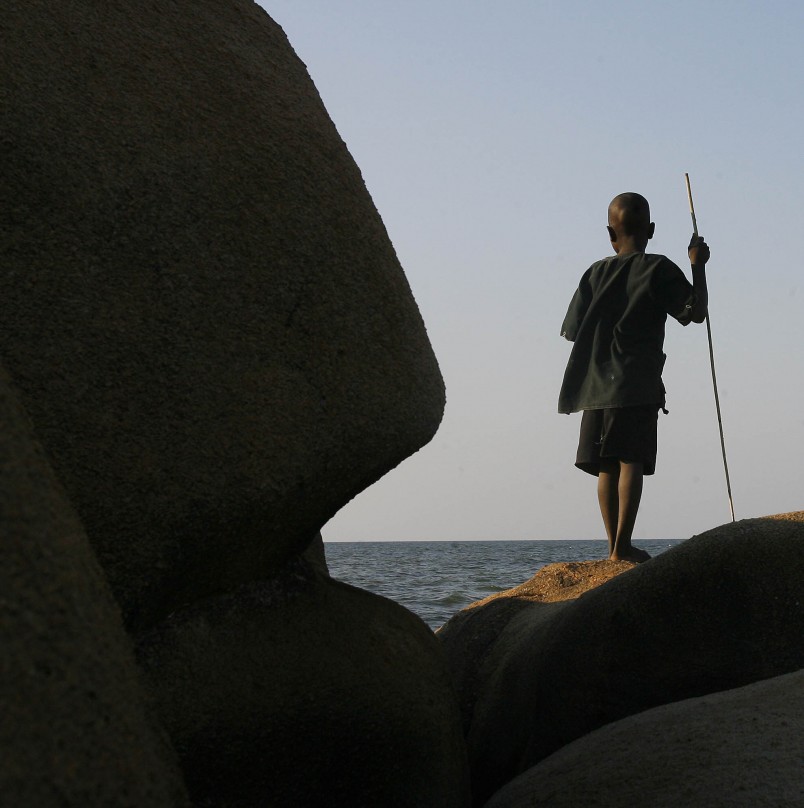 New revelations show that Malawi’s Government has erred by issuing two exploration licences for gas and oil on the World Heritage site of Lake Malawi including the National Park marine protected area which could seriously dent the country’s image in environmental conservation.

Godfrey Mfiti, Environmental Activist in Southern Africa says Malawi breached International conventions and its own Parliamentary Acts on the oil exploration deal. As such, the country has been offered a deadline of 31st November, 2015 in order to respond to the United Nations Education, Scientific and Cultural Organization (UNESCO) Reactive Mission Report.

“By embarking in oil exploration on a World Heritage site, Malawi breached the convention. The process is conflicting with the 1972 World Heritage convention which Malawi is a signatory and ratified in 1994,” says Mfiti adding that ‘this also contravenes the Act which was enacted by Malawi Parliament.’

He said, the 1993 Parks and Wildlife Act, does not allow extraction and exploration of petroleum and minerals on protected areas. The same process has also broke the 1998 Southern Africa Development Community (SADC Protocol) on shared waters which was revised in the year 2000.

“The exploration of oil and gas has also flouted the Helsinki rules on shared waters because neighboring countries of Mozambique and Tanzania were not informed on oil exploration activities,” says Mfiti.

Malawi and Tanzania have been at loggerheads on border disputes, where Tanzania has been claiming a section of Lake Malawi which for the past 50-years of independence has been part of Malawi as Lake Malawi.

Mfiti, who also heads a non-governmental organization called the Institute of Sustainable Development (ISD), said the main Act which was used to embark on the country’s oil exploration was the 1981 Malawi Petroleum and Production Act; which he felt has to be reviewed.

The Malawi Petroleum Act which was gazetted on 30th March, 1983 says in its preamble that the entire property in, and control over, Petroleum in land in Malawi is vested in the Life President on behalf of the people of Malawi; but without prejudice to the exercise of any person who can carry exploration or production operations without licence in Malawi is guilty of an offence and liable on conviction in the case of an individual, to a fine of 1,000 kwacha or to imprisonment for a term of two years.

“We cannot use that Act to award licences on this serious matter because this Act has to be reviewed. Government should cancel the whole process of oil exploration. We commend government for making an effort to suspend the award of exploration licences in the year 2014, but government should have a position on the matter,” said Mfiti.

By ratifying the 1972 World Heritage convention and sign SADC Protocol, it means that the unique marine wild life on Lake Malawi which cannot be found anywhere else on earth, belongs to the world as a whole.

Mfiti said the main Act which was used to embark on the country’s oil exploration was the 1981 Malawi Petroleum and Production Act; which he said needs to be reviewed. He however remarked that there is a need for Malawi to revisit the legal and policy framework and that the government should have a position on the future of oil exploration in the country.

The objective of the monitoring mission was to review the state of conservation of the property, in particular the potential impacts of oil exploration on the Outstanding Universal Value (OUV) of Lake Malawi, as well as other potential threats and concerns related to the integrity of the property. The assessment was conducted from the 30th March up to 4th April, 2014.

According to UNESCO World Heritage Centre – IUCN mission report, it was recommended that Surestream and RAKGAS, as holders of oil exploration concessions in parts of Lake Malawi are encouraged to publicly subscribe to the commitment already made by industry leaders Shell and Total, which is not to undertake any exploration and/or exploitation of oil and gas inside World Heritage properties.

Mfiti says Malawi has been given the deadline of the 31st November, 2015 in order to respond to the UNESCO Reactive Mission Report. As such, the department of Culture, Wildlife, Tourism and Parks has proceeded to request that the government withdraw the oil exploration process.

However, the citizens of the Republic of Malawi are not fully aware of the UNESCO Report and preceding developments concerning oil exploration. Therefore, there has been no immediate public response from the local Civil Society Organizations and hence for a year now-no action has been taken on the report.

The general public lacked civic education on the destruction that oil exploration and oil spills bring with them on biodiversity and marine wildlife. The media in Malawi lacked proper detailed information and procedures that necessitated the reactive mission to Lake Malawi National Park.

“In order to promote conversation of the Outstanding Universal Values of Lake Malawi National Park, I issued a concern to UNESCO on the lack of action and public engagement because there were some of the Reactive Mission’s report recommendations,” says Mfiti adding that he met Dr. Peter Howard of IUCN one of the authors of the report and that in their meeting he has been advised to ask for public debate and intervention biodiversity.

“Violating the international conventions is as good as not signing. We are concerned about biodiversity and all the plans and contracts on oil and gas should be suspended up until serious consultations have been done,” says Mtambo.

He said for so long citizens have been promised that we will develop through the mining sector but looking at the promise from Uranium at Kayerekera only few individuals are benefitting on the expenses of Malawians and to make things worse the waste water disposal is affecting citizens and biodiversity.

Mtambo says leaders should make decisions in the best interest of Malawians and that it is their expectations that government would be able to follow the agreements.

Lake Malawi shared by Malawi, Mozambique and Tanzania, is one of the deepest lakes in the world and contains a larger number of fish species than any other lake. There are between 500 and 1,000 fish species and endemism is high (thought to exceed 90%). Particularly noteworthy are the high diversity of haplochromine cichlids.

The lake contains 30% of all known cichlid species locally known as “mbuna”. The mbuna fishes display a significant example of biological evolution. Due to the isolation of the Lake from other water bodies, its fish have developed impressive adaptive radiation and Speciation, and are a globally outstanding example of the ecological processes.

Lake Malawi National Park, situated in the southern end of the lake was inscribed on the UNESCO World Heritage List in 1984 under criterion for its exceptional natural beauty; due to its outstanding example of biological evolution, where adaptive radiation and speciation are particularly noteworthy in the cichlids; and due to the outstanding diversity of the fresh water fishes it hosts.

Owen has been a jounalist since 2001 and worked in a number of print and electronic media including the Malawi's lone news agency.