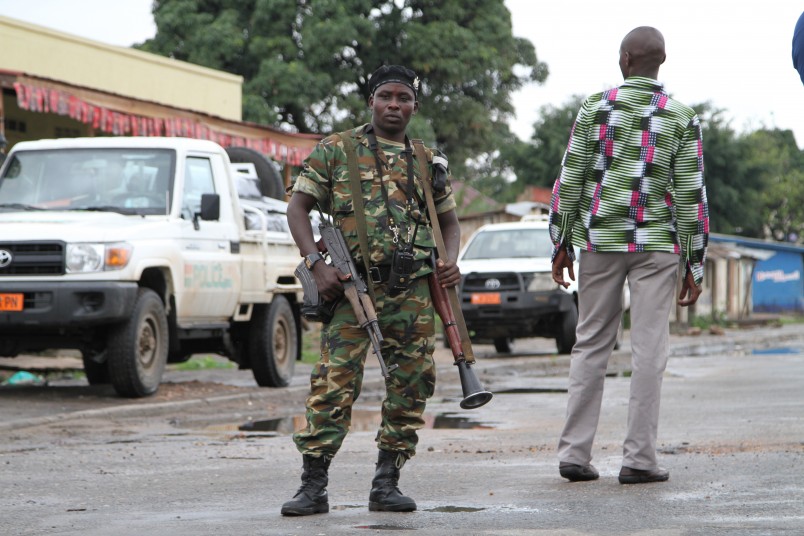 KAMPALA- The death toll is mounting in Burundi, with the United Nations (UN) putting the figure of the dead at over 200 since April. April was the time President Pierre Nkurunziza prompted protests by seeking a third term in office, despite having already served what his opponents saw as his last constitutional term. Now, the governments’ response to the crisis is looking increasingly ineffectual as violence spreads.

It’s not unusual to find dead bodies in Bujumbura and surrounding districts these days. They are discovered on the streets, in bushes, drainage channels or rivers. Many victims have been found shot dead, with their hands or arms bound, and with injuries indicating they may have been tortured, Human Right Watch wrote in a report released November 10.

The United Nations officials said on Monday this week, that violence in Burundi is in danger of escalating into “atrocity crimes” reminiscent of the 1994 Rwandan genocide, that cost nearly one million lives in 90 days.

For refugees in exile, many of whom have escaped to Uganda, the hard life they face has taken its toll. Yvette, a 16-year-old Burundian girl has done what many of her colleagues are doing in Uganda’s capital Kampala to survive. She turned to prostitution in June this year.

When Yvette’s two brothers who escaped with her from Burundi’s violence to Kampala, fell on hard times, they asked her to take up a job in one of the hotels in the city. But this was not just any job. Although she received friendly reception from the hotel owner, things changed only a few hours later.

She was surprised to learn that her stay in a hotel room for three days had been paid for. “This sounded weird to me. When I asked the kind of job meant for me, one of the managers told me to get ready in hours to start,” Yvette told Africa Times in Kampala.

“Hours later, one man came to my room, almost naked and asked me how much I was worth for an hour or the whole night.” This was the hotel owner.  It was Saturday night, she recalls.

The man gagged her, had his way with Yvette and left.  The man also told her never ever try to throw away opportunities. She tried to tell her brothers that it would be impossible to work in a hotel without basic training, they assured that the hotel owner would “teach” her.

“I have been seeing this man ever since,” she reveals. Today, she remains open to anything that might bring her food, simply to continue to survive.

“In truth, I did not know what the job was at first,” says Yvette, who now lives in a rented house with three other refugee girls in Makindye town, not far from the capital city.

Going to live in exile, leaving school, home and parents behind was hard enough, but Yvette’s heart also shattered when she learned of her brothers’ betrayal.

Yvette should have been planning for the December trip to South Africa this year, with her mother and father.  In February, her parents promised her a trip to South Africa as a reward for her academic brilliance. The father had even saved the money for their vacation. Then, violence broke out and so she fled.

Yvette was in a secondary school in the capital Bujumbura and recalls how her headmaster used to tell her to work harder as education was the only key for one to succeed in the world. “I was very determined to learn and carve out a successful life for myself in the future. “I wanted to study and make a difference,” she says.

On April 26, when street protests begun, her young brother, Nickolas went out to see what was happening, he never returned. He is now among the many who have died in Burundi since the violence started.

Months in exile now, she feels the kind of weariness that comes from a resigned life. Like her friends, she does not know if her parents are still alive. She is left to imagine the worst of possible truths without knowing.

Commercial sex for survival is the only option left for her. She says other girls were doing the same and that she was no different from them. “It is because of poverty, that’s why some of us we are doing this,” she says. “I don’t know what to do now”.

She says they will go back home when peace finally returns to the East African country. But when will that happen, nobody knows.

Violence has continued, spreading to the countryside. Mysterious killings in the capital, Bujumbura, revenge, grenade attacks and gunshots dominate the lives of those who continue to live there. The government says it is fighting “criminal gangs” but many believe an armed rebellion has started.

Thierry Vircoulon of the International Crisis Group (ICG) has described the situation in Burundi as “dangerously close to rupture.”

He told African Times that the army is divided. He said cracks within the army have increased between members of the defunct Armed Forces of Burundi (now known as ex-FAB) entirely dominated by Tutsi minority and the National Council for the Defence of Democracy-Forces for the Defence of Democracy (known by its French acronym CNDD-FDD) who fought alongside the current President.

“The violence in Burundi will not end soon. Burundians have no choice but to continue resisting President Nkurunziza,”Anschaire Nikoyagize, president of the Burundian League for Human Rights says.

Yvette also knows another friend, Ines, 21, who has turned to prostitution to feed herself. Ines, a university student in Bujumbura, also worked during her free time as a computer trainer in the capital before the violence started.

Five months ago, Ines’s family fled to Uganda when their home in Musaga district, was attacked and destroyed by members of Imbonerakure, an armed youth wing of the ruling party.

Her mother lost an eye in a grenade attack that day, June 21. The father and another sister were killed by unknown gunmen in the days that followed.

Today, the mother, who lives in Kyaka refugee camp, west of the country, is constantly sick. Ines says the money she makes from the streets does help her mother although her mother does not know the truth about how she earns her money.

Ines’s dream was to become a social worker, help vulnerable children on the streets in the capital Bujumbura.  Today, even if the violence ends and she returns home, she will have to deal with the stigma of prostitution in circles of people who know what she does today in exile. She told Africa Times she is determined to quit the “work” very soon and look for a decent job.

“It will be difficult without money in exile but I will try,” she says. “I have to.”

Keza, who comes from Cibitoke district, in Bujumbura, says this is the second time her family has had to live in exile.  The parents fled to Tanzania during Burundi’s civil war which ended in 2006 after 13-years of fighting which cost around 300,000 lives.

Eight years after, her family returned home but she has fled again, this time to Kampala. She became connected with another Burundian girl, Jeanne, whom her friends said would-be kind and they could stay together. But Jeanne linked her to men instead.

Keza told Africa Times she has been selling herself for nearly three months now. She started on the streets, and then met a “boyfriend”, who convinced her to rent her own house and “entertain” men there.

She recalls befriending a group of girls, who at first proposed she join them when they went out. The trips led to dates with older men who paid the bill, initially without asking for anything in return. Later, it turned out to be prostitution.

She said she wants to give her remaining years in life to God, till she goes back to her country. She grapples with grief when she is alone in her house in Namuwongo, a city suburb, or when she recalls something that her family liked or strived for, which they no longer have.

Sometimes, the sadness crushes these girls in moments of joy, at crowded clubs in Kampala where bands are playing and people are screaming high. It is the kind of places where, together with their families, they would have enjoyed going back home in Bujumbura. 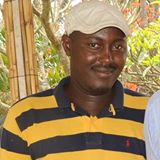