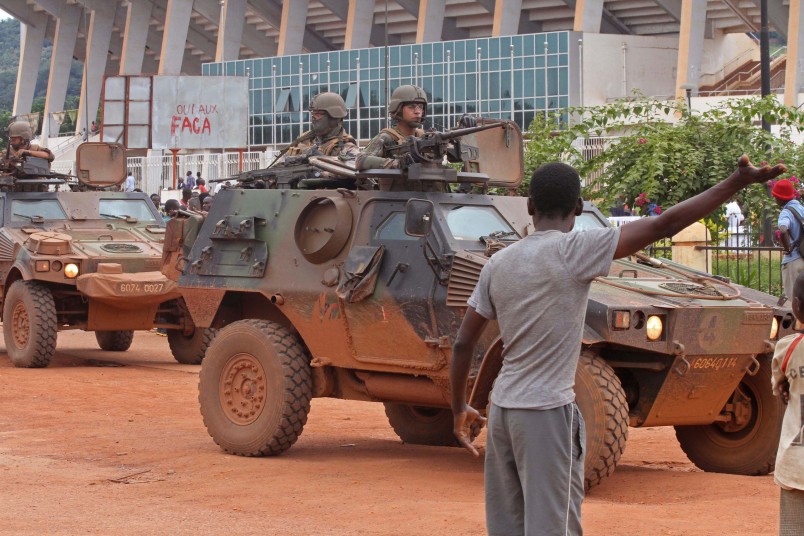 It looks likely that Pope Francis will have to cancel his scheduled visit to the Central African Republic (CAR) later this month due to violence fuelled by sectarianism in the country.

Violence in the capital, Bangui, between Muslims and Christians has steadily worsened creating major security concerns.

The United Nations reported earlier today that at least five people have been killed and thousands have fled after rebels attacked a camp for internally displaced people in the country.

the Office of the UN High Commissioner for Refugees (UNHCR) expressed its vast concerns over the increasing insecurity in the country, condemning the attack on the camp in the town of Batangafo.

“We strongly condemn these horrific acts that have cost the lives of innocent people. We call on all actors to restore calm and respect the civilian and humanitarian character of IDP camps,” the UNHCR’s Deputy Representative to CAR, Charles Mballa said, reported UNHCR. “We all have a shared responsibility to protect civilians and preserve the neutrality and security of safe havens,” he continued.

Radio France Internationale reported that the French army is attempting to convince Pope France to cancel his trip to CAR and they are even refusing to provide troops meant to protect the Pope.

Sources close to the French Defence Minister Jean-Yves Le Drian said “we have advised that it is a risky visit,” reported Agence France-Presse.

It seems probable that if the violence continues in CAR the Pope will be forced to cancel his visit due to high security risks.