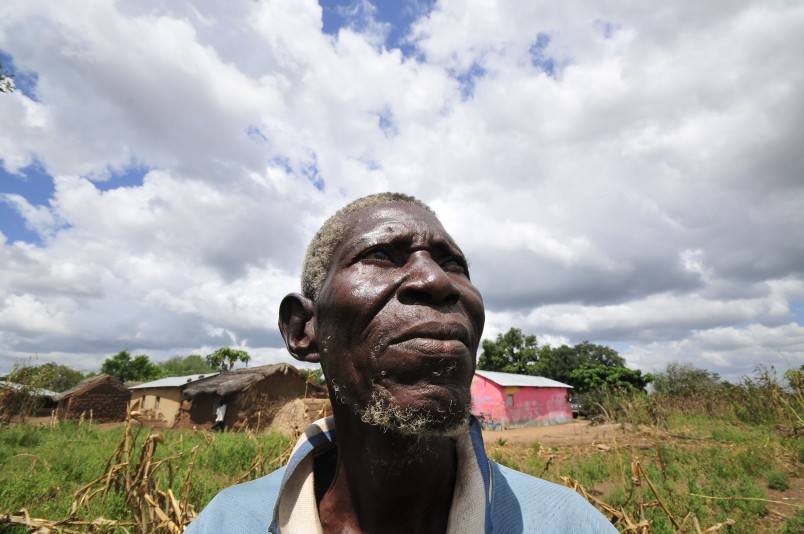 The Greek philosopher Aristotle wrote over 2,300 years ago in his book on natural history that “there is always something new coming out of Africa”. In May 2000, the Economist ran a cover story ”Hopeless Africa” where it detailed the gory state of Africa; Africa deluged by floods, ravaged by famine, HIV/AIDS, poverty, unabated pestilence and incapacitated by political crisis. Until then, I regarded socio-economic crisis exclusive to Nigeria. As a graduating high school student whose school was opposite the then Nigerian President, Olusegun Obasanjo’s house, I stood in front of his house asking myself if the article was another Euro/Americacentric or if Africa is really hopeless?

But within a decade, the narrative about Africa changed- from a region of unabated pestilence to a rising economic giant. The Economist published another article, “Africa Rising”, a direct opposite of its infamous “Hopeless Africa”. In the past decade, Africa’s economy grew at an average combined rate of 6%. And various organizations including IMF, World Bank, AfDB and thought leaders also bought into the Africa rising narrative churning out mind blowing data and projections confirming Africa as the next frontier. Nigeria transits from a battered economy into Africa’s biggest economy. It reduces natural resources’ contribution to its growth and increases the contribution of the manufacturing (led by massive investment by local and foreign investors) and service sectors to its economy. Since 2000, the number of Nigeria’s telecom subscribers increased from 500,000 to 132 million in 2015 completing an amazing turnaround. This is a remarkable story of Africa rising, isn’t it?

A critical question is whether Africa’s economic surge represents a one-time event or a sustainable economic take-off. Hopes are high that it is Africa’s time but this narrative risks distorting reality, making it even more difficult to develop and adopt effective strategies (both policy and legal frameworks) to truly improve African lives. In the last few months, the emerging economic and social reports from different parts of the continent question the optimism. In the absence of high commodity price, most economies have slowed. Is the rhetoric about “Africa rising” a true reflection of the reality or a mere faux pas?

Sub-Saharan Africa has gone a long way in combating challenges that dragged its growth for decades. Most war prone African countries have halted their deadly hostilities, which created the needed political stability necessary for economic rebirth. To buttress the Africa rising narrative, analysts point to Africa’s growing GDP, modest 5% between 2003 and 2013. However, this growth is a facelift. Much of the economic growth is fuelled by the increase in short-term FDI, exploitation of oil and gas reserves, high commodity price, and massive investment in the telecommunications’ industry.

However, except Egypt, Morocco, South Africa, and Tunisia with broadly diversified economy, most African countries rely on fluctuating commodity and crude oil markets to grow their economy.  And the recent sharp commodity prices exposed several countries to the danger of such over reliance. Angola, Equatorial Guinea, Algeria, South Africa and Botswana have been badly hit by the economic slowdown in China, the Euro zone and the rest of the world. And Nigeria, Africa’s biggest economy only grew by 2.6% in the second quarter of 2015, the lowest in recent years.

The World Bank’s Doing Business Report shows that only one African country, Mauritius, is ranked in the top 40. It is still very tough to do business in most African states. South Africa is ranked in the 73rd and the biggest economy, Nigeria maintains an abysmal 169th position. Its average rankings for Sub-Saharan Africa shows the most room for improvement in getting Electricity (149), Trading across Borders (136), and Paying Taxes (131)—all areas where it ranks last among regions.

Electricity generation, an essential component of industrialisation remains in comatose except in South Africa (SA generates almost half of the continent’s total electricity). Most businesses run on alternate power supply which is very expensive. Nigeria despite being Africa’s biggest economy generates less than 6,000 MW of electricity and the whole of sub-Sahara Africa with approximately 1 billion people generates 80,000MW of electricity. But South Korea with a population of 50.2 million generates almost 522 terawatthours (TWh) of gross electricity in 2014. And since 2000, it maintains a 4% annual growth in electricity generation to meet its demands. What manner of rise can Africa achieves in darkness? No meaningful economic or social development can be achieved in an environment with an epileptic power situation.

In the absence of electricity capacity, the manufacturing sector has been badly hit. In the 1960-80s, Africa’s manufacturing industries were vibrant. Between 1970s and 1990s, the Kenya’s textile industry was massive and one of the highest employers of labour. Huge sums were spent developing cotton farming, ginneries, spinning and textile manufacturing industries but two decades later, farmers are paid less than a quarter of what they received in the 1970s (real value). The Kaduna, Aba, Lagos, Kano textile mills in Nigeria are gone though the textile industry was a significant non-oil sector of the economy, which provided direct and indirect employment to the masses. Unfair competition from China and poor business environment are some reasons why Africa’s manufacturing capacity has eroded. And today, Africa is now a dumping ground of all sorts of embarrassing products such as matches and toothpicks mostly from China. “Tokunbos” (cheap foreign product) are now popular in Africa more than ever.

Africa’s booming trade with China (largely commodity than finished products) may have given the region an alternative revenue source, but the recent economic slowdown in China in addition to its bid to be self sufficient makes Africa’s long-term safe bet on intra-African trade. But the doing business report shows that Africa’s cross-border trade is at the lowest ebb. Completing border compliance procedures takes an exporter in the region 108 hours and $542 on average, compared with a global average of 64 hours and $389. Intra-Africa trade remains elusive even among the semi regional organisations like ECOWAS and China remains the biggest beneficiary.

According to the World Bank poverty report, over 400m Africans still live on less than $1.25 a day in 2012. Though the Africa 2015 Wealth Report shows that African high net worth individual increased by 145% during the past 14 years (2000-2014) compared to the world’s average of 73% during the same period, poverty rate remains high. Africa’s wealth is highly concentrated. The richest 0.2% of the population controls over 30% of the continent’s wealth and in Kenya, approximately 8,300 super rich controls two-third of the economy. The gap between the rich and the poor are getting wider than in any period in our recent history. The Ipsos survey on Kenyan’s households concludes that 93% of Kenyan’s households have monthly incomes of under Sh40, 000 ($430).

While various reports point to a large middle class, a recent report has questioned the assertion. In Mckinsey’s what is driving Africa’s report, roughly 59 million households on the continent had $5,000 or more in income in 2000 and the figure is expected to have risen to 106 million in 2014. The African Development Bank in 2011 also estimated that Africa has approximately 300 million middle class, (defined as those with incomes of $2-20 per day) but the Credit Suisse report which measured wealth on a broad range of indicators suggest that Africa’s middle class might have been overstated. The report shows that only 3.3% of Africans should be considered middle class, or about 19 million people (based on $22,000 annual wealth). Nigeria, the Africa’s biggest economy with over 170 million people, has only 922,000 middle-class adults.

In the absence of viable middle class that can support consumption, Africa’s rising narrative looks a mirage. Africa will not rise until millions are lifted out of poverty into prosperity.

African growth is better-off today than what it was 50 years ago, but it is far from the rising narrative. During the peak of the Chinese economic rebirth, its economy grew between 10-15% per annum. And when it started growing at 7%, analysts claimed that the country is likely going into recession. But in Africa, a 5% growth is a modest achievement–“Africa Rising”. Do we have a different standard for Africa? Are the benchmarks for Africa different from the rest of the world?

It is time for Africa to build its internal service sectors and diversify its economy as global slowdown bites harder. This will open-up important sources of future employment. Such diversified economies can also expand food processing, textile industry and construction materials for local and regional markets. Intra Africa trade surge is a catalyst to a real Africa rising.

In today’s Africa, it is easy and cheap to travel to Europe than to travel within Africa. There are no direct flights from Banjul to Kotoko or from Ibadan to Bamako. A journey from Bamako to Kano that should be less than 2 hours by flight, takes days by road. It is cheaper for a Malawian to call US or UK than to call his business partner in Lagos or Cape Verde. A call from Lome to Kigali will first travel through the underground cable in Portugal or Spain before the call terminates in Kigali. This is not the rise that Africa needs! When Africa develops its internal capacity with the help of its local and international partners and addresses these challenges, Africa rising will resonate with millions of Africans.

Until Africa fully takes advantages of its vast natural resources to finance economic growth, Africa will be far from rising. When the Democratic Republic of the Congo can effectively manage its cobalt (half of the world’s cobalt reserves) and diamond (quarter of the world’s diamond reserves) reserves, and its citizens have a better life, then, Africa can be hopeful of the rise narrative. The day Sierra Leone with almost 5% of the world’s diamond reserves half poverty rate, I will be an apostle of Africa rising. When Ethiopia and Mali with 22 million and 19 million hectares of arable land and with large rural population respectively can attract investments that push their economies on the path of steady growth, the narrative will not have meaning to an average Malian and Ethiopian.

At this point, Africa should ignore the optimism and work assiduously towards making Africa becoming an economic success and powerhouse. I celebrate millions of Africans who despite all odds are making differences in their little corners. Let’s continue in our journey of discovery and very soon, our Africa will rise.