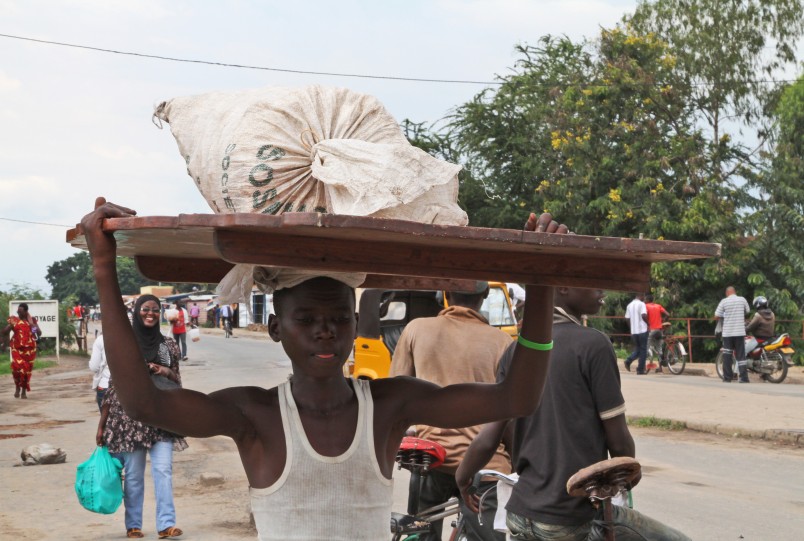 Burundi has been undergoing a rough crisis since April this year. Protests started, the failed coup broke out and the subsequent killings followed. Now, the situations is continuing to worsen. People are dying day and night and nobody knows why.  Corpses are found at roadsides or drowned in rivers shot dead or savagely injured and the the authors of the crimes remain unknown.  The police say they are armed groups scattered in former protesting quarters. However, the disarmament operation of the so called armed groups, the police say, will take only two months.

People had hoped that after the period given by the government, the two months, things would go well. The situation would get better. The security would improve and people would go back to work after having to stop due to the conflict or even flee outside the country. We thought that even the refugees in the neighboring countries, the thousands of refugees –the thousands of workers – in Rwanda, DRC, Tanzania and many other countries, would come back to work and develop their motherland.

However, nothing changed. People are dying from gunshots or grenades explosions. Others are abducted and disappeared for good or found dead. The killings target both the police agents and the innocent citizens.

From now on, I have already realized that it is impossible that the security will come from the disarmament program undertaken by the police. Rather, the program is worsening things: police agents are dying, innocent lives are lost and what’s worse is that they die and nobody claims the responsibility.

Broadcasters are reporting attacks of mysterious armed groups in some provinces of the country and in some quarters of Bujumbura city. When the police raid and search for the culprits, gunshots and explosions are heard and nobody knows who’s shooting.

Radicalism will not help

I agree that the ruling party, the opposition parties and the coalitions accepted or not are needed for the best future of Burundi. If the ruling party tries to rule alone, it will be preparing its own departing path. The problem is that it will be causing the country to crash into bankruptcy, civil war and a crisis without an end. If the opposition thinks that it has to cross out all the works of the ancient regime and start from the beginning, it will likely fail.

Likewise, the speeches shown on many local and international broadcasters are full of radicalism. The ruling party, via its spokesperson, is painting the international opinion with imperialism. If you hear him talk, the ruling party has less willingness to look for a compromise since it is always denying taking responsibility of what is happening, and above all, seems to have no pity for the police agents and the innocent citizens who are dying in the military and police operations.

If radicalism persists, the opposition will need to look for other ways as said early in August by Leonard Nyangoma.

I agree that Burundi is for Burundians, but, it is not an island. We need both internal peace and external peace. If we are not in good terms with any foreign country, we cannot be sure to get peace. In addition to diplomatic problems, financial crisis will follow. The first signs are known; Burundi is now the poorest country. It is opening the list of poor countries.

All in all, Burundi has been built on the results of dialogues. The 1990s civil war was ended by a dialogue. Now, what is needed to prevent the country from plunging into a civil war, genocide or endless crisis is a dialogue between all the parties.