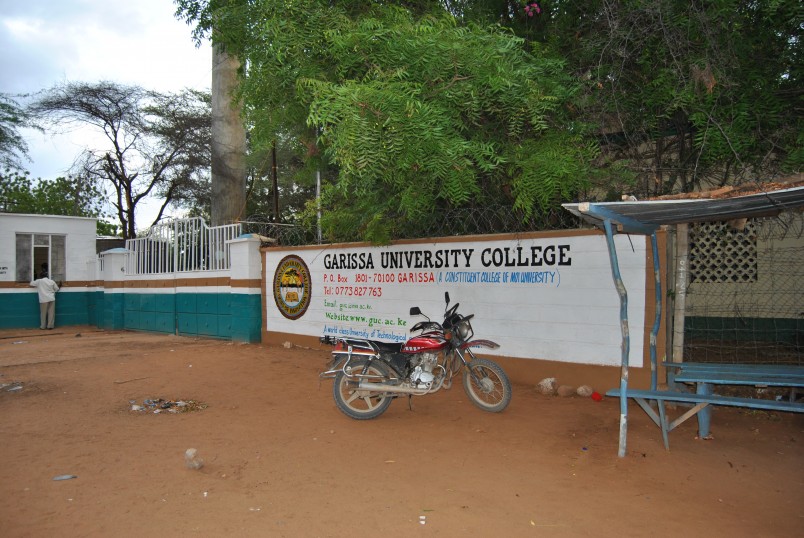 After the closure of Garissa University College in April, businesses in the town have suffered. With no information forthcoming from the management, students can only hope that the region’s only institution of higher learning will soon open its doors to them.

NAIROBI, Kenya— Seven months after the gruelling six hour terror ordeal at Garissa University College, which claimed the lives of 148 students and injured dozens more, the University’s doors are yet to be opened. This has not gone down well for business around the University and the entire Garissa Town. Also affected are students who still hope that the University will be opened soon so that they can continue studying. 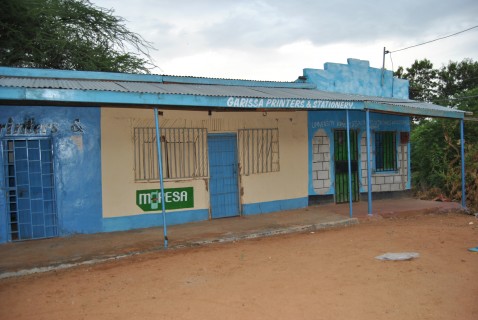 The dusty road that leads to Garissa University College is now quiet and the several shops and small restaurants along the road have remained closed for a long time.

The sentry cubicle is crowded with not less than ten guards in total. Two policemen are always on duty and nobody, not even students or even journalists are allowed past the guards without written permission of the County Commissioner.

Twenty six year old Siad Mohammed, a Masters student has followed up with the administration countless times on when they intend to open its doors to them without success. Most times his trips to the administration have ended at the gate. I found him seated on a bench outside the gate.

When the attack happened in April, Siad was looking forward to his exams. His hopes were dashed by the disruption of the school calendar but he never imagined it would take the administration this long to open the University. “Up to now, I don’t even know when and if they will open the University. It is so discouraging that this had to happen to us. I should have been months away from graduating now,” said Siad, a clinical psychologist practicing at Garissa.

Amos, an employee of Garissa University says that there are a lot of students who did not transfer to other Universities after the attack and are betting the continuation of their higher education on the opening of Garissa University College. Whether this will happen soon, is a question that not even he or the Principal, Prof. Ahmed Osman Warfa, knows for sure.

Students from Garissa have taken it upon themselves to lobby for the opening of Garissa University. Mohammed Ali, a former student of the University and currently studying at Moi University is one of the youth leaders in Garissa. “We have tried but it is frustrating to see that the management is not volunteering any information regarding the opening of the institution. They have gone silent,” he said. They are planning to file a petition in court to compel the University management to either open the University or issue them with transcripts and refunds of any advance fee payment.

Abdulhafit Hussein, 27, a second year Business Management student, has equally sought information from the University with no success. He has not received his transcript and the advance payment of Shillings 84,000(USD 840) he had made to the University. “If they could give me my transcripts, I could join Mount Kenya University campus. But they haven’t and I have now wasted time and money,” he said.

Just a few weeks ago, students and their parents held a public demonstration along the main highway in Garissa town calling for the reopening of the University. This added to other similar calls including that of elders from the Garissa County and two residents of Wajir and Garissa counties who went to court in October to petition the Government over the delay in opening of the University. The petition will be heard in Garissa High Court in December 2015. Garissa University admitted more than 800 students this year.

Business in the town has taken a nosedive ever since the attack happened in April. Businesses like transport, groceries, supermarkets, and second-hand clothes dealers among others have taken a beating. Sammy Njuguna, a 26 year old motorbike taxi operator told Africa Times that, he now makes half of what he used to make per day when Garissa University College was open. “I used to get very many clients, and it was hard to get a rest and could go home with up to USD 30 on an average day,” he said. 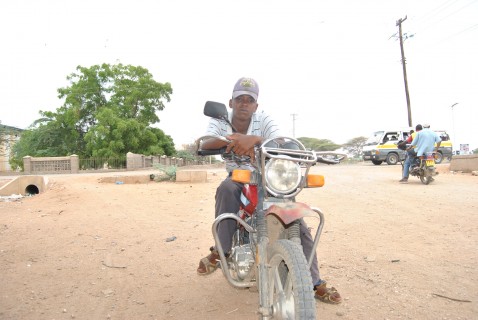 Sammy has been in Garissa since August of 2014. When he moved to the town from his rural home of Maragua in central Kenya, his mind wasn’t made up about the business he wanted to undertake. Upon arrival, he was told that the motorbike taxi business popularly known as Boda boda was a profitable venture. “With 65,000 shillings (USD 650), I bought a second hand motorbike and started work. All was well and I could make enough to pay for my rent in a day. My family was living well,” said Sammy. He has a wife and two children and his motorbike taxi business is his only source of income. He has now decided to take his family back to the village since his income of between 4 USD and8 USD can barely support them.

The biggest supermarket in the town which is also a major chain store in the country, Naivas Supermarket had to close over insecurity for some time and when it reopened its doors it was under a new management. It is evident however that business is not that good in the supermarket as the parking bay is almost empty and customers trickle in intermittently. This is in contrast to prior to the April attack when Naivas was a busy shopping destination in the town. It was popular with University students whose campus is less than two kilometers from the supermarket.

Prof. Warfa said that he is waiting for the parent university senate – Moi University – to make a decision on when Garissa University College will be opened. “We have no powers, we gave our proposal to the University Senate on 4th October,” he said.