Home>In Depth>Uganda: cattle rustling - once a revered cultural practice, now a trigger of conflicts
By James Odong - 23 November 2015 at 2:01 pm 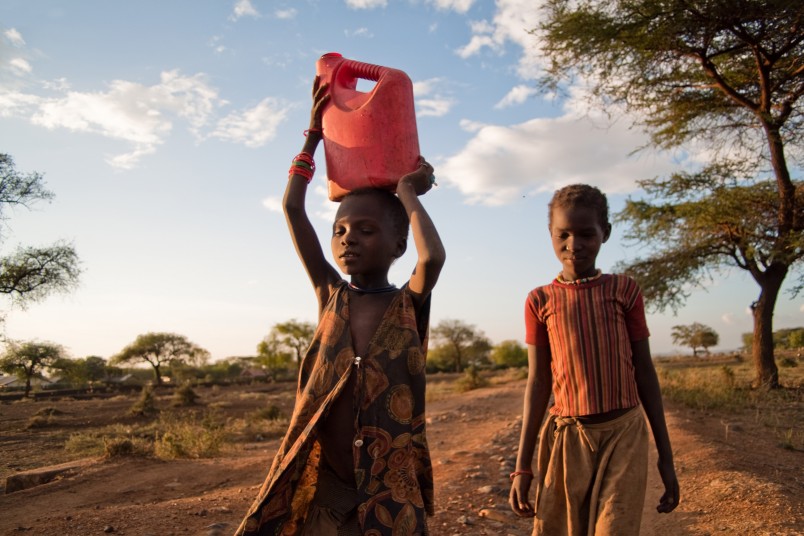 Cattle have always been a symbol of wealth and source of livelihood among many African communities. In the north eastern region of Uganda, cattle have an additional and important function among the Karimojong and Iteso, the two major ethnic groups. Both groups use cattle as a major currency for men to marry.

The two communities were traditionally cattle keepers. The Iteso live a more settled life; whereas the Karimojong are nomadic. For the Iteso, a young man’s worth is measured by the number of cows he gives in bride price. For the Karimojong, the suitor must accomplish a major feat, of raiding cattle and bringing back a bounty.

Efforts to find peace following years of bloody border conflicts and cattle rustling have failed to create harmony between the two groups. The conflict between the Iteso and Karimojong dates back many decades and is, unlike in other regions of Uganda, not political but cultural in nature.

From as early as 1910 the Iteso and Karimojong were living peacefully on their respective pieces of land which forms the border between them. At independence in 1962, when internal borders of Uganda were demarcated, this land formed part of Usuk County, Teso District.

For generations, the two communities co-existed largely peacefully as neighbours with minor conflicts of cattle rustling on both sides. There was a balance of power and both sides understood and accepted the culturally symbolic cattle rustling.

The Iteso still cherish cattle, but have long abandoned the culture of raiding cattle to mark the transition of a boy to manhood. For many Karimojong, however, this tradition is still very much valued. Ownership of large herds of cattle in Karamoja goes hand-in-hand with pride and social status.

Water supply in Karamoja is inadequate to sustain the people’s way of life, and some Karimojong often move with their cattle to parts of Teso to look for water. During the dry season, the Karimojong nomads live peacefully with Itesots. But when the rain season begins, they return to Karamoja but onlyafter stealing herds of cattle from the Iteso. Up to 1979, the Iteso took the raids as a bearable nuisance against which they would defend themselves.

The balance of power tilted in favour of the Karimojong when they acquired large quantities of guns left abandoned in military barracks during the war that brought down the Idi Amin regime. Since then, the well-armed Karimojong warriors have attacked their neighbors, especially the Iteso killing and stealing cows and forcing populations to flee.

The government established a string of camps for internally displaced persons along the borders between Karamoja and Teso. Karamoja region also forms part of Uganda’s border with Kenya to the east and with South Sudan to the north. Its north most section is not far from the border with Ethiopia. All countries mentioned have nomadic population groups which, being remote from their governments’ effective control, have acquired small arms from conflicts in Uganda, Sudan, Ethiopia and Somalia. That corner is East Africa’s epicenter for small arms trade.

The effects have been disastrous, especially among communities neighbouring Karamoja. The Teso Initiative for Peace has been monitoring conditions in displaced people’s camps along the border. Conditions in the camps are often poor. In addition, camp life has gradually destroyed family traditions and values.

Some schools along the conflict areas have closed. The cattle culture in Teso was also partly destroyed during a rebel insurgency there when the Uganda People’s Army fought with government forces in the late 1980s. Herds of cattle were either stolen or eaten during the insurgency. Loss of cattle affected family wealth. Nonetheless, cattle remain the main currency for paying dowries.

Many Iteso men in the countryside, unable or unwilling to adapt to their changed circumstances resorted to excessive drinking, idling and subsequently escalating domestic and community violence. Young men have problems finding wives especially when the prospective in-laws demand many cows in bride price. Armed conflicts have also been reported among Karimojong clans and within families.

In 2001, the government launched a major campaign to disarm all Karimojong and despite initial setbacks the program has been successful. Most parts of Karamoja are now free of small arms. Large scale cattle rustling has stopped, but there are often small bands of cattle thieves especially in areas bordering Teso.

The prominent conflict now is on the borders of Katakwi district, in Teso and Napak district of Karamoja. In February 2012, groups of Karimojong from Napak district migrated to settle in Oyeselem in Katakwi District. They wrote the word ‘Napak’ on trees located seven kilometers into Katakwi, raising fears of a possible ploy by the nomads to distort the current boundary.

District leaders from both sides continue to trade accusations leading to increased tension around the border. The government had made several attempts to reduce the tension but with little success. The latest meeting, convened by Lands Minister, Daudi Migereko was attended by Local Government Minister, Adolf Mwesige and Mrs Janet Museveni, Minister for Karamoja. However, there has not been a complete resolution of the border problem to date.

James is an all round journalist, broadcaster, writer, talk show host and human rights activist with a passion for news, good governance, the rule of law, gender and environmental protection.