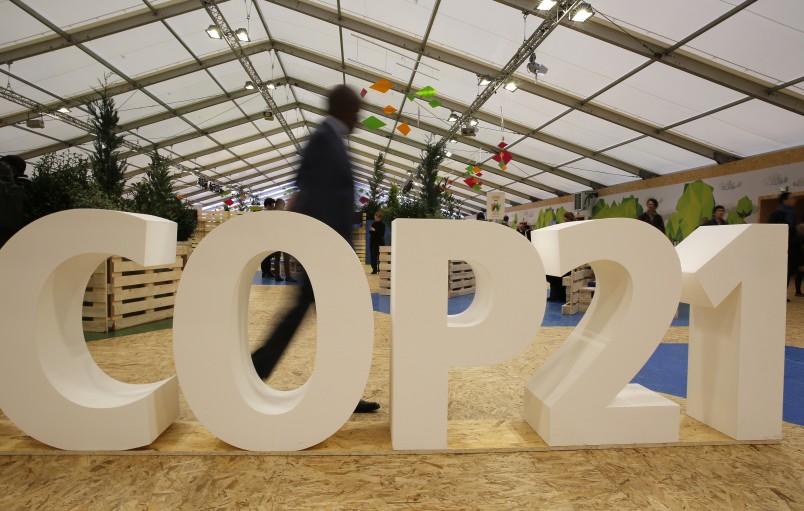 “There is a lot of work to do here in Paris, and the stakes are very high, especially for the most vulnerable people and countries,” said UN Secretary-General Ban Ki-moon at COP21 today.

“Science tells us we have only a few years left before the window could close on our ability to prevent severe, pervasive and irreversible climate impacts.”

The African leaders gathered today at the United Nations climate change conference (COP21) during which the Secretary-General emphasised that the African continent is “particularly vulnerable to the effects of climate change.”

“Much of its economy depends on a climate-sensitive natural resource base, including rain-fed subsistence agriculture. Disruptions in food or water supplies pose serious risks not only for your economies but also for political stability, particularly in fragile states,” he continued.

Food security and therefore agriculture in African states are some of the foremost topical issues concerning the continent today. With fears over climate change they are major subjects of discussion within Africa and among the international community.

At the end of October, The African Day of Food and Nutrition Security was held in Kampala, Uganda. It was aimed at tackling malnutrition on the continent and looking into the future of the development on the continent. COP21’s agenda is also targeted at combating poverty over the next 15 years and will have a major stake in how malnutrition is fought in the future.

Throughout Africa states are feeling the pressure of food security. Zimbabwe is hitting hard times and fears are rising that food insecurity in the country could increase. In October the UN sent out an appeal to humanitarian and development organizations to help raise $86 million for a food security response plan.

Malawi too is set to face the worst food crisis in over a decade said the UN. In September this year the UN World Food Programme reported that more than 2.8 million will be affected by the crisis.

It is the topics of food, nutrition and poverty and how climate change will effect these issues that COP21 and the African leaders need to focus on.

Jim Yong Kim, the president of the World Bank Group told journalists last week “any African leader will tell you that they’ve had very little role in putting the carbon in the air that’s currently (there) but that they suffer most from the impacts of climate change: extreme weather events, the loss of arable land.”

“We want to make sure Africa is not forgotten at the Paris Cop 21,” said Kim.

In a report produced by the bank they found that if there is no development aimed at helping African countries deal with climate change that 43 million more people in the region of sub-Saharan Africa could plummet into extreme poverty in the next 15 years.

It is clear that the African countries need to take charge of their situation, not matter who is at fault when it comes to climate change. Over the next couple of weeks, we will have to wait and see what real progress is made in the name of climate change and how this will alter policies, especially in terms of food security and poverty reduction on the African continent.