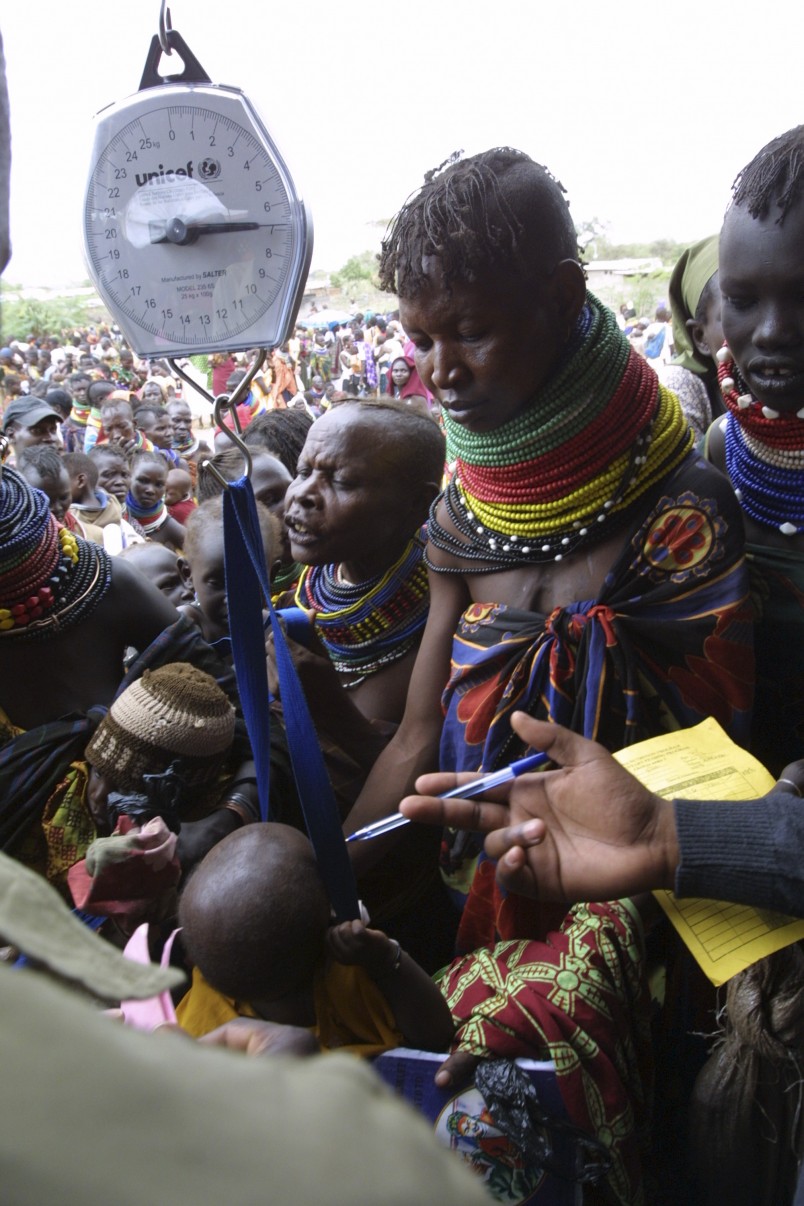 A five-year multi-million dollar plan to address malnutrition in Kenya will end in 2017 and leave thousands of children still suffering from malnourishment. The US and UK funded plan does not address the root causes of malnutrition which include recurrent droughts, famine, floods and poverty. Due to the lack of sustainability of the programme, a crisis awaits once the plan ends in two years’ time.

Malnutrition in Kenya remains a big public health problem. Kenya has high stunting rates at 35% and although the national prevalence of acute malnutrition is 6%, the prevalence in the North Eastern regions ranges from 17% in some counties to 30% in others. In the year 2012, Kenya launched a five year National Nutrition Action Plan with a budget of US$ 824 million. Three years into the plan to curb malnutrition, children in Kenya are still dying of it.

According to the Department of Nutrition, the National Nutrition Action Plan incorporates the donors and NGO’s whereby the partners are assigned to different counties where they work hand in hand with the government in implementing the nutrition action plan which seeks to end malnutrition.

In essence, what is being done by the plan is the treatment of the malnourished and not the prevention of further cases of malnutrition.

In Garissa for instance, USaid, NGO’s and other partners provide supplements for children under the age of five, pregnant and breastfeeding mothers at the Garissa General Hospital and all other smaller hospitals in the county. At the Garissa General Hospital’s nutrition department, women who are found to be in need of the supplements queue to be attended to. Most are mothers with under-weight children. At the hospital, there is always a queue of women taking their children to consultation rooms and others picking their rations. It is persistent and as Aisha Abdirahim, a nutrition officer at the hospital said, sometimes it is an unending cycle. An underweight child grows into a small adult gives birth to a small child and the cycle continues.

Aisha said that the hospital attends to cases of under-nutrition every day in all the dispensaries and health centers in the county. “We give high energy and protein porridge and oil to mothers and supplementary and outpatient programs for children under the ages of five years,” said Aisha.

Garissa General Hospital is the biggest hospital in Garissa County but it rarely does awareness programmes on malnutrition. Aisha said that in very few instances do they go out to the field to reach out to those in remote areas who might not be aware of the nutrition plan. This therefore excludes a large portion of the population of people who are in need intervention and thereby keeping the numbers of the malnourished high.

Dasel Mulwa, a lecturer at University of Nairobi attributes the persistence of the problem to the lack of a sustainable solution. He said that the reasons that inform the crisis include recurrent droughts, famine, floods and poverty. Despite the National Nutrition Action Plan’s huge budget, it does not address these problems. “These interventions target vulnerable populations and the interventions are in form of preventive as well as curative (e.g. fortification and supplementary feeding). The problem is on sustainability. Once the projects exits there is relapse of the problem,” said Mulwa.

Apart from Garissa, Mandera and Wajir counties in Kenya’s North Eastern region also have a high prevalence of malnutrition. Among the partners that the government works with in Kenya is Ukaid which finances a number of NGO’s in the field. The Ukaid works with IRC and World Vision (in Turkana County) and  Save the Children and Islamic Relief (both in Mandera and Wajir counties).

Ukaid and Usaid are the largest donors of the action plan. The UK has provided more than £19 million over four years (2012-2016) to deliver health and nutrition services to malnourished children and pregnant women in arid and semi-arid counties in Kenya.

With the lack of focus on creating awareness on issues pertaining to malnutrition in the far-flung areas of remote places like Garissa County, the population remains ignorant on what they need to do in order to avoid malnourishment. The plan therefore may not meet its objectives and the status quo will continue even after the plan ends in 2017. A sustainable programme, which addresses causes of malnutrition in the country, ought to be implemented in order to solve the problem once and for all.