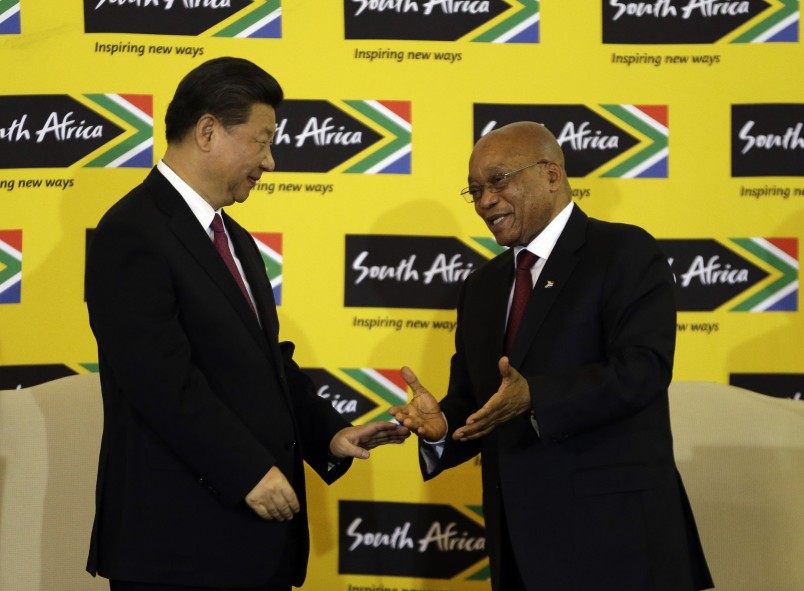 China’s president, Xi Jinping arrived in South Africa for the China-Africa Cooperation Summit (FOCAC). The Summit is set to be a memorable event aimed at furthering cooperation a union between China and Africa.

Over the past 15 years trade between China and Africa has skyrocketed from $10 billion to $220 billion and that six years in a row China has been Arica’s largest trading partner.

Today President Xi announced that China has guaranteed $60 billion worth of development funding over the next three years.

“To ensure the successful implementation of these 10 cooperation plans, China has decided to provide a total of $60 billion of funding support,” Xi said at the Summit today.

Recently China has come under a lot of criticism for bringing their own workers on the continent to work for Chinese state-owned firms instead of hiring Africans. However, China has now assured that the country will train 200,000 African technicians along with enabling some of them to go to China. Xi spoke saying that “China and Africa share a common future. We Chinese and Africans have forged a profound friendship through our common historical experience and our common struggles.”

“China supports the resolution of African issues by Africans in the African way,” He continued.

Xi emphasized that some of the main aims of the $60 billion plan is to help accelerate African industrialization, modernize agriculture and enable African countries to gain independent and sustainable development.

He specifically spoke of China’s concerns of El Nino in the region saying that this has contributed to poor harvest in many countries and China will therefore be providing $156 million to the countries affected.

Reuters reported that Western diplomat spoke of his skepticism regarding the deal; “it is difficult to tell what the deals involve beyond the headlines. Most of it is loans but it’s not clear if these are old or new deals.”

It remains to be seen how China and Africa will perform over the next three years and how the plan will play out.