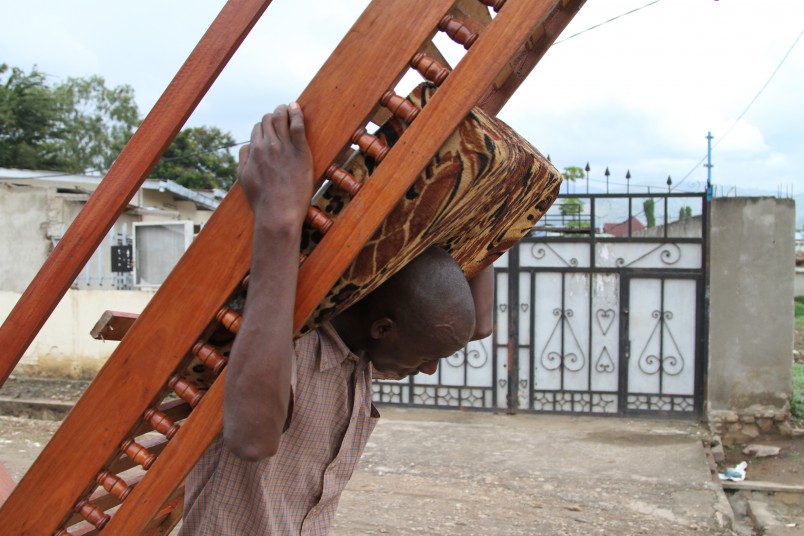 Early in March 2015, Burundian civil society organizations started to foretell their discontent against Mr. Pierre Nkurunziza’s third term. Their concerns were aired on private and public media, along with social media. On April 25, when the CNDD-FDD incumbent party at that time announced publicly its candidate in 2015 presidential elections, that was the starting point of protests.

The following morning, the civil society organizations, opposition parties and other influential people ran riots in the streets of the capital Bujumbura protesting Nkurunziza’s third term. Other provinces, too, followed the movement in the following days. The protests grew bigger until the 13th May, when General Niyombare declared that Nkurunziza was deposed.

The civil society organizations saw that as an interruption. While other people considered it as a contribution to the respect of the arusha peace agreement. They saw it as an disruption because the protesters had been able to peacefully demonstrate and the protestation leaders were satisfied with the movement. They believed that their movement would easily cover all the country since many provinces were joining the movement.

It is assumed that the army and the police are there to protect the Burundian people and country from whatever can disturb it. So, if the president and the ruling party are endangering the country, the army, headed by general Niyombare was accomplishing its duty in fighting for the respect and protection of the arusha peace agreement.

From the beginning of the protests, the police had not stopped repressing the movement. Police agents were deployed every morning in streets of more dynamic quarters of contesters and were preventing them from reaching the town, where we find the independence square, a place of great importance in Burundi. It is where we had the revolution and many other significant events in Burundian history. The leaders of the protests, thus, were targeting those places in order to thoroughly impact the government, national and international opinion.

The square has never been reached except by women who were able to demonstrate twice in that square. The first day, they snuck into the streets of the town one by one and started to sing songs against the third term. Police agents did not tarry to disperse them. On 13th May, the day of the coup, the women had gone to demonstrate again and had difficultly reaching independence square. Others had been blocked in their respective quarters. Because of the repression, people i.e. protestors started to get angry and were rude to the police agents. Many died from gunshots in during the protests.

The impact of the failed coup

After the failed coup, the government started to associate the two movements. Demonstrators were no longer demonstrators, but coup plotters. The police stopped to repress them with tear gas and water, and started to use guns and bullets.  The civil society organizations which were not among the coup plotters and which needed to be liberated through the use of peaceful demonstrations called back people in the streets. They went on demonstrating but many were dying in the streets.

Demonstrators were in danger.  Former protesting quarters were taken as enemies of the ruling party. Some started associating protests movements to ethic groups. Imprisonments, killings, etc. characterized the following days.  Every morning, corpses were found on road sides or in forests, both in Bujumbura and in other provinces.

Towards a period of darkness

From May 13, independent radio stations have been silenced. Those radio stations were successful during the peace process and arusha agreement period. They covered the elections of 2005 and today, Burundians are accustomed to listening to news and other peace talk programs via those radio stations.  Civil society organizations also accompanied the peace process – they were really helping in fighting against corruption, fighting for civil rights, prisoners’ rights, and human rights in general.

Since civil society organizations were born in Burundi, many cheating deals have been unveiled by those activists and democracy was becoming consistent in the country. What the leaders had been hiding had been known thanks to those organizations. When rules were violated, the activists stood up and using the independent radio stations, talked for the victims and there were compromises made.

Recently, the minister of Justice has temporally suspended ten of these organizations. In fact, all what they had been doing will not be done again and Burundi runs a risk of going back in the dark years when people were dying and nobody knew it. Radio stations are now silent; nobody will be following up some burning issues. We remember what happened when in, Burundi; we had only the national radio: the RTNB. We had no civil society activists and war broke out. I am afraid that the suspension of those organizations will take us back to the 1960s, 1970s and 1980s; the dark years.