Home>African Future>South Africa’s toilet war and the Sustainable Development Goals, what comes next?
By Luisa Miranda Morel - 8 December 2015 at 6:25 pm 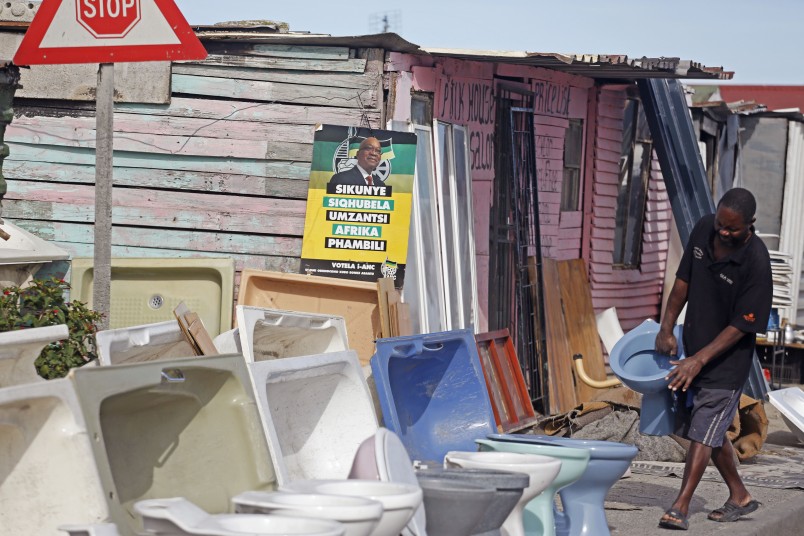 No, don’t let your imagination run too wild. This is not about toilets waging wars on each other. This is about a major worldwide issue that has brought people together in many cities around the world, to fight, whether it is through legal action or explicit protest, against their governments. This war is about adequate and equitable sanitation, the lack of it, actually.

What is sanitation? In short, sanitation is any kind of technology used to defecate, a toilet, for example. It also refers to flying toilets for example, which you might have read about in an article on Kenya published back in August.

Adequate and equitable sanitation on the other hand is a much more difficult category to fill. First of all because everyone has their own understanding of ‘adequacy’ and ‘equity’ and second of all because no one actually enjoys talking about poop, or at least no one that hasn’t had to deal with open defecation in their own lives. Anyways, I am going to break this conventional assumption and talk about it.

Between ‘sanitation’ in its basic forms and ‘adequate and equitable sanitation’ there is a huge gap, and the larger part of people around the world are not even close to getting the latter. Indeed, many people continue to struggle in their day-to-day lives to have access to a clean, safe and dignified place to defecate. In 2013 UN Water reported that up to 2.5 billion people around the world are still using unimproved sanitation facilities, 1 billion of which continue to practice open defecation.

More specifically, in sub-Saharan Africa, up to 44% of the total populations continues to use shared or improved facilities and 26% practice open defecation.

So, what is being done about this? Well we are but a month away from the end of 2015, the end of the MDG era, and already a couple of months in to the Sustainable Development Goals (SDG) era; an agenda that will supposedly give us another 14 years (2016-2030) to overcome world poverty and realise a sustainable existence for all human kind.

Even more exciting is the fact that at the UN member states adopted the SDG agenda within which there are 17 global goals and water and sanitation has been granted one of them (finally!).

SDG 6: Ensure availability and sustainable management of water and sanitation for all, hopes to ensure that by 2030 adequate and equitable sanitation and hygiene for all end open defecation, with particular attention to women and girls.

But wait a minute, a year ago, the 2014 United Nations Children’s Fund (UNICEF) update on the Progress of Drinking Water and Sanitation stated that South Africa was amongst those countries in sub-Saharan Africa that were “on track” to meet the sanitation target of the seventh Millennium Development Goal (MDG).

Now South Africa has a complex history of apartheid, which sets an interesting precedent over the sanitation debate. Whilst environmentalists and development agencies are encouraging the use of dry toilets (no need for drainage and enables the use of excrement as fertilizer); the majority of those living within townships and having to deal with the lack of sanitation are demanding pristine white, flush toilets. Why? Because the pristine white flush toilet is what white people have. Yes, in South Africa, a flush-toilet carries with it much more than a technology for adequate safe sanitation, it carries with it a ticket to overcoming the detrimental feeling of apartheid, which in all fairness, is long overdue.

So what do the numbers really mean? There have been 1 billion people who have received ‘improved’ sanitation in the last year according to MDG monitoring, but what have they actually received? And how is it that between 2011 and 2013 and even this year of 2015, South Africa still claims to be in a continued Toilet War?

Lets go back to the definition of ‘adequate’ and ‘equitable’ sanitation for a minute and look at it through the lens of South Africa’s history and people. It is precisely the understanding of access to sanitation as both a practical and symbolic right (which is a basic human right and has been written in to South Africa’s constitution) that that pushed the government of South Africa to install pristine white communal toilet seats in 2007, in three of Cape Town’s townships.

To those living in the townships, ‘adequacy’ and ‘equity’ came not only from being able to do their business using a clean technology, but also from being able to use a specific flush-seat technology. So in this case, as in many others, it’s a question of hygiene and subjectivity that can really accomplish ‘adequacy’.

But don’t get too excited because these communal toilet seats were installed under the condition that the township communities would enclose them through their own means. By 2010, many of these toilets were still without enclosures, thus they never truly met the conditions of dignity, cleanliness and safety that they required. Other than that, township settlements in the city continued to use the bucket system. Yes, this time your imagination is probably correct, a bucket to defecate in.

Understandably, neither of these sanitation solutions if they can be called that have been acceptable.

“The larger issue here is the constitutional right, and one of the most important rights, to dignity, and the way in which toilets were provided were an aberration of that right,” says Aubrey Matshiqi, a senior political analyst at the Center for Policy Studiesin Johannesburg. – The Christian Science Monitor reports

People have the innate capacity to be a major force of power when they come together around a common issue. Without weapons, without equipment and without great amounts of cash in hand as would be needed in any other war, township dwellers began a struggle that continues today.

In the run-up to the municipal elections in 2011, peaceful protests demanding enclosures for the open-air toilets were carried out by township dwellers in partnership with the Social Justice Coalition (SJC). In 2012 the South African Human Rights Commission (SARC) further condemned South Africa’s open-air toilets. Nevertheless, the same demands were made in 2013, when the issue had not yet been addressed. However, the aggravation felt amongst township dwellers had risen and with it came more explicit acts of protests such as the dumping of human waste in important points of the city, the International Airport and the N2 Highway are but two examples. The government’s response was to arrest and charge protesters for causing public offence and violence.

Similar protests were carried out in Johannesburg in 2014, mirroring the message from Cape Town and as an expression of solidarity. SJC member and township dweller Zukiswa Qezo explains the struggle of township dwellers that continued in 2014 “The toilets are not next to our houses, it’s far and it’s so dangerous, we are not safe. And we find that the toilets are not cleaned three times a week, they are cleaned maybe once, maybe two times a month…”

Whilst the strategic collaboration with the SJC allowed protesters to make demands for greater participation in the design and implementation of future sanitation solutions through a People’s Plan for Sanitation and Dignity (PPSD), it’s reach remains questionable. An attempt to develop the PPSD further was held in 2014 through a National Sanitation Summit, organized by the SJC. Furthermore, a program formulated by the Ministry of Water Affairs and Sanitation aimed at supporting municipalities with resources to improve sanitation delivery was announced in May 2015.

Oh, and guess what? Human Settlements Minister, Connie September reassured the press that the MDG target for sanitation would be met this year through the transfer of infrastructure grants. But wait, what do these number mean again?

I’d like to remind you once again that today, we are one day closer to the end of the MDG era and yet in in March 2015, Water Aid openly claimed that Southern African leaders have failed to prioritise water and sanitation and that almost two thirds of the region’s total population (174 million people) continue to lack access to basic latrines. In May 2015 the SJC reported that Cape Town’s budget for sanitation continues to decrease every year and evidence shows that in Cape Town up to 30, 000 bucket systems are still in use. These are realities that are in stark contrast to the economic growth that the region has experienced in recent years. This places unquestionable doubt on whether or not South Africa’s ministry and government are truly delivering what they promise.

In October 2015 Ses’khona People’s Rights Movement planned once again to march in to the streets in claim for better sanitation services in townships. Some of its members are still facing tribunal cases form having participated in the demonstrations of 2013.

And so the war continues in to the SDG era.

The SJC, along with township dwellers have come up with an alternative solution, ‘social audits’, to pressurise local authorities to take action and perform transparently. Welcome Makele in an interview with Ndifuna Ukwazi explains, “We are checking the way they have installed these toilets now, and if there are people who are cleaning them. We are checking if they are cleaning the way that they are supposed to according to their agreement. For example, it might happen that I’m using this toilet, but I live on that corner. Those are the kinds of things that we want to know. Then we hear from the residents whether this janitorial service is right, and we look to see how far the toilets are form the people that use them…”

So here is a question that some of us are asking those implementing SDG 6 in South Africa, are you going to keep presenting data that does not reflect the reality that many are living, thus gradually reducing your credibility? Or will the SDG agenda be treated as a new opportunity for greater transparency and collaboration with those who are in greatest need, and are already taking action that seems to outstand the top-bottom approach of the MDGs; not those sitting at the desk at the ministry but those crouching over, behind the shed, trying to find their balance and do their business. 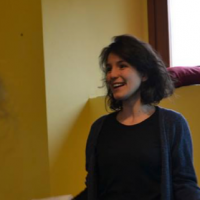 For the past six years she have been involved in several academic projects in different countries, working in the context of informal settlements formed from uncontrolled urban expansion and migration patterns. Her main focus is on urban issues, she is interested in the themes of WASH, housing, public space and urban social movements. Luisa is based in Geneva and also blogs on https://urbandialoguesblog.wordpress.com/.