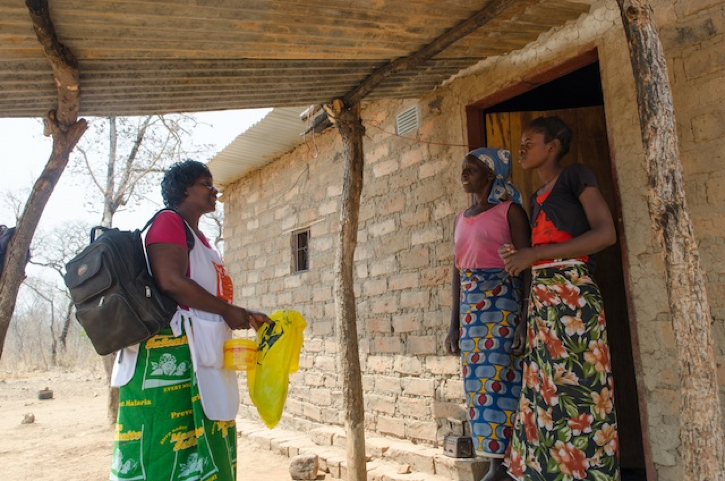 The CHW informs the residents that malaria has been found in their area and they should also be tested. ©Andy Prinsen/Akros

Five-year-old Melanie lives on the outskirts of Lusaka, Zambia’s capital city in Chainda compound, a settlement that is less than one square kilometer (.24 square mile) yet houses approximately 26,000 people. She spends her days running around the maze of dirt roads and alleyways, playing with the dozen siblings and neighbor children near her brick and mud home.

In late July she tested positive for malaria at Chainda Clinic, her small body exhibiting some of the most common symptoms, fever and chills, of a disease that affects approximately four million and kills 8,000 Zambians annually, according to UNICEF. More than 50 percent of those killed by the disease are children under the age of five.

Her positive malaria test immediately set off a chain of events. A Reactive Case Detection team, including a nurse, environmental health technologist and community health worker, dispatched to Melanie’s neighborhood. Within 90 minutes, the team tested family members and the nearest neighbors. The GPS locations of the homes and the test findings were then entered into a tablet- painting an on the ground real time picture of malaria statistics in that neighborhood of Lusaka.

Chainda Clinic is a part of a community led surveillance initiative, called Step D, taking hold in selected parts of Zambia. The Zambia Ministry of Health and the National Malaria Control Center (NMCC) in partnership with organization, Akros, are working to create five malaria-free zones by 2015, as proposed in the Zambia National Malaria Strategic Plan (2011-2016).

The first of its kind on the African continent, the community health worker malaria surveillance network mixes community mobilization and simple technology to tackle malaria in Zambia.

“In the past we used paper-based forms to collect data from the field and would send them to National Malaria Control Centre physically,” said Mwila Sianankange, an environmental health technologist (EHT) at Chainda Clinic. “This would take a much longer reporting time period.”

If the EHTs did not physically make this trip, the forms would be kept at the clinic until a central team from Zambia’s National Malaria Control Centre (NMCC) came to collect them, usually on a monthly basis. The further away from the capital a clinic resides, the more time-consuming this process can be.

Now, when a health facility receives a positive malaria patient, it alerts community health workers (CHWs) near the household of the patient. Those workers then go out to the community, recording the testing and applicable treatment done on surrounding households of the positive case. Testing and treatment information is entered monthly into the database through mobile phones, which is then accessible via the DHIS2 platform.

“It allows us to quickly and accurately identify where malaria is and where it isn’t,” said Step D Program Manager, Sharon Mazimba. “It enables us, the Ministry of Health and anyone else who has a username for the malaria instance of DHIS2 to view, analyze, and use the information for interventions aimed at reducing the malaria burden.” 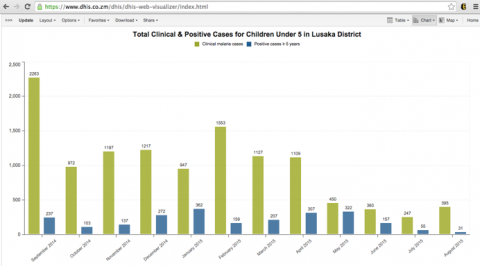 According to the Akros Director of Public Health and Syracuse University professor, David Larsen, streamlining the former data paper trail also reduces man-hours, keeping workers at clinics instead of delivering data on paper to governmental headquarters.

“Paper tools are still instrumental in recording patient and health worker interactions, but there was no real way to aggregate those interactions before we started using mobile phone data entry,” said Larsen. “Now the data can be viewed much more quickly in DHIS2.”

“The program does wonders for Zambia,” said Mbwilis. “It has helped us localize where the problems and hotspots still exist and knowing that helps us channel resources directly to these areas.”

While malaria transmission in Lusaka is low, below 5 percent, pockets of infections need to be quickly and thoroughly eliminated in order to reach total eradication of the disease.

With more resources in the capital, Lusaka nurses can go out to incident case households to perform malaria surveillance. But in rural Zambia, where 60 percent of all Zambians live and where infection hotspots are more likely, physicians have an increased workload. It is volunteer community health workers that make better access to healthcare possible.

“I work alone as a health worker with two other helpers, a cleaner and a watchman,” said Mambova Rural Health Center head nurse Betty Masedza. “This is a great challenge on my part but the presence of community health workers has been of great assistance to my work.” 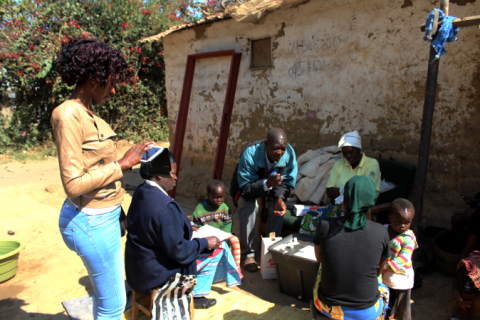 These CHWs are volunteers. They are trained through NMCC and international non-profit PATH and posted throughout their communities-offering malaria management at their designated posts. They are dedicated, like Kapulu Nyamozhi who has worked as a CHW for 11 years, based at a tree at Nampande Community School in the district from early morning to 2 pm.

“I am motivated by the desire to reduce deaths and diseases in my community,” he said.

While Lusaka focuses on complete elimination, rural Zambians, many for the first time, now have faster access to malaria testing and treatment. This low-tech and sustainable data collection allows for a readily available information system database, a system that paints an up-to-date picture of public health in Zambia.

Photo 1: DHIS2 software allows anyone with a username, password and Internet access the ability to see up to date data on malaria statistics for different cities and provinces in Zambia. 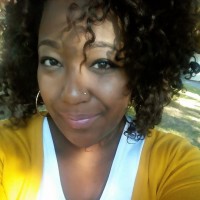 My name is Alexis Barnes and I am a former NYC-based multimedia journalist currently based in Zambia where I freelance and work in development.

I have a BA and MA in journalism with a concentration on foreign reporting and have reported from Korea, Kenya, Haiti, the United States Virgin Islands and Belgium. I was a European Commission Lorenzo Natali Media Prize finalist and cover human rights, human interest stories and health.