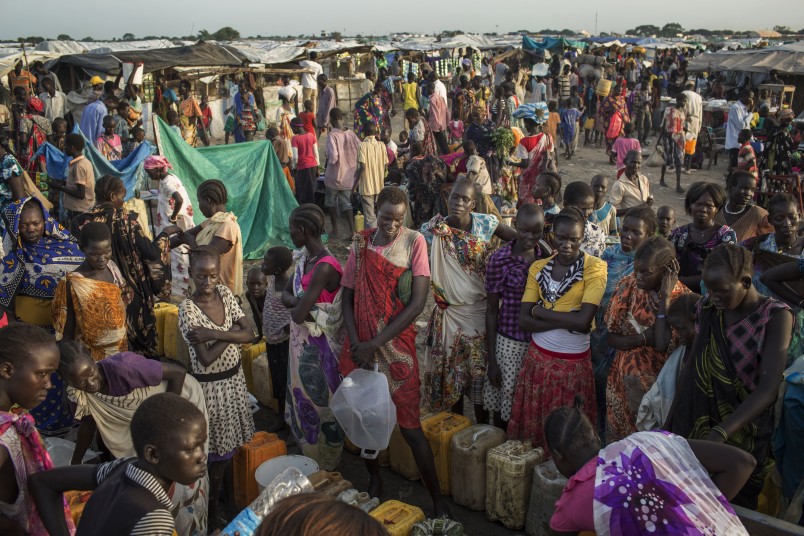 The latest news to come out of the world’s newest state is the the use of child soldiers in the civil war reported Human Rights Watch (HRW) yesterday. Two years of violence and multiple attempts at peace negotiations have brought the state nowhere except to a peace deal in writing only. With an estimated 50,000 dead but no death toll officially declared and over 185,000 people fleeing to United Nations (UN) camps attempting to hide from the conflict it is hard to determine what’s next for the fledgling country.

Two UN agencies, The UN High Commissioner for Refugees (UNHCR) and the UN Children’s Fund (UNICEF), reported on Tuesday in a press release that South Sudanese children are some of the most vulnerable in the world. The agencies called on all parties to the Peace Agreement to maintain their commitments in order to enable the 1.5 million South Sudanese children to go back to their homes and achieve an education. UNHCR and UNICEF also requested in the joint press release that child soldiers be released and reintegrated into their communities.

UNICEF’s Regional Director in Eastern and Southern Africa Leila Gharagozloo-Pakkala said, “around two thirds of those who fled their homes and communities in South Sudan are children.”

“Respect for the Peace Agreement by all parties will enable children to reignite prospects and hopes for a dignified future.”

Children are the future of every country and South Sudan is now facing the possibility of a lost generation. With over 16,000 children having joined armed groups in the past two years reintegration may be hard further damaging the state.

Skye Wheeler, the author of the HRW report detailing the recruitment of child soldiers in South Sudan told the Thomson Reuters Foundation that “forces come through their village and grab them and force them into fighting. It’s an absolute negation of their basic rights as children, but also as people, not to be treated just as cannon fodder.”

Wheeler said “it’s the brutal recruitment that is the most heart wrenching.”

Whilst the UN Security Council increased UN peacekeeping forces by over 1,000 yesterday bringing the total number to 15,000 and at the same time extending the UN’s mandate for an additional six months there is still much to be done to protect the civilians in the country.

A report published by the International Refugee Rights Initiative (IRRI) stated that many of those helped by the UN, although thankful for the aid they have received, are still disappointed that the UN has been unable to do more.

A man living in one of the protection of civilian sites (PoC sites) told IRRI; “This camp is horrific. I am safe, yes, but I am only here because there is nowhere else to go.”

The report indicates that the South Sudanese people are starting to lose hope and need more open support from the international community than failed peace agreements and peacekeepers. An increase of humanitarian assistance is recommended along with improving the capabilities of the UN Mission in the Republic of South Sudan (UNMISS) to protect civilians both inside and outside the PoC sites.